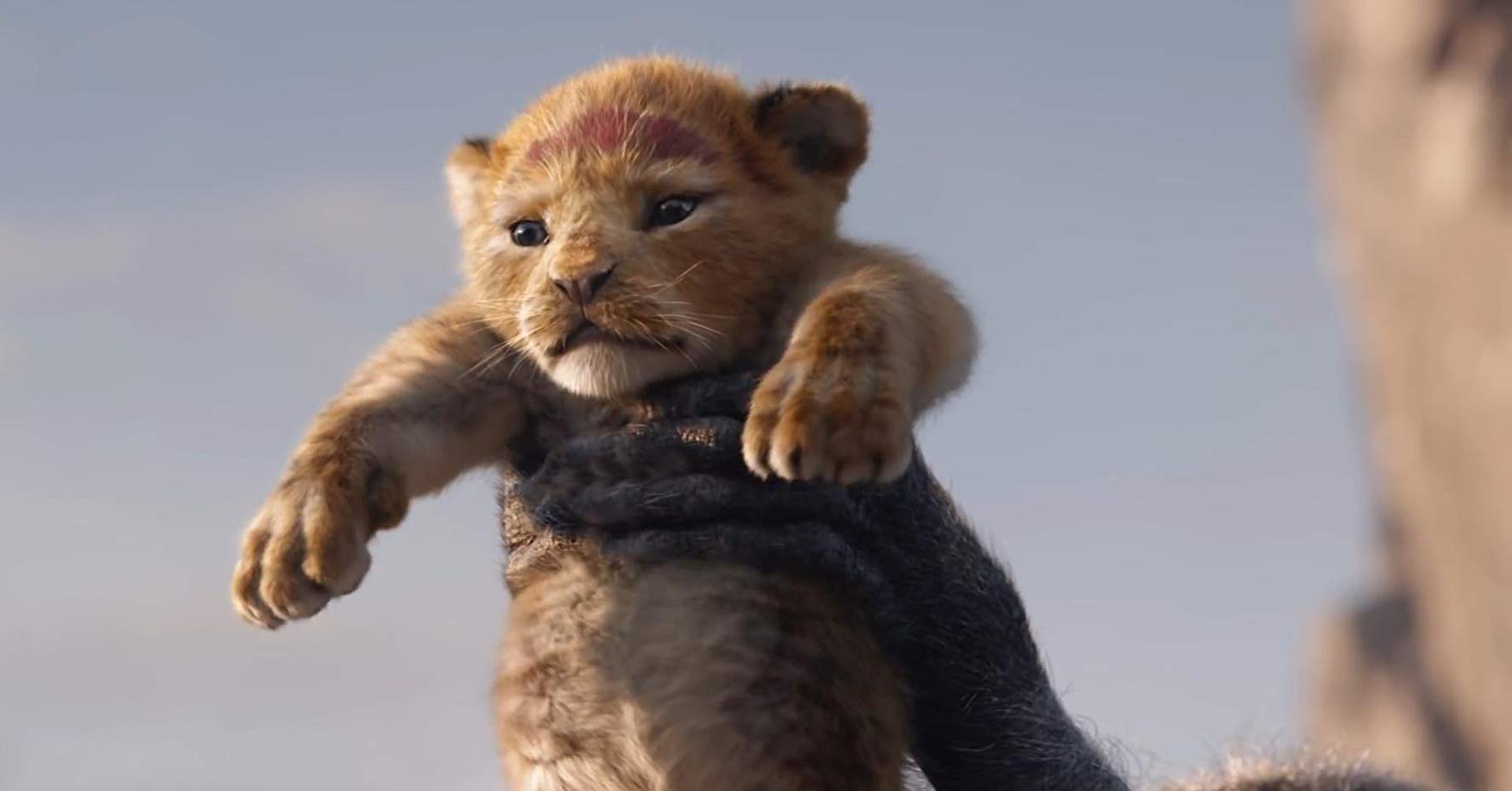 Katie: To be honest, I’ve never understood the obsession with the original cartoon version of The Lion King (1994). The songs get on my nerves, Simba is kind of a jerk sometimes, and Mufasa’s death scene has never evoked any shred of emotion in me. As soulless as this makes me seem however, I have to admit that the little CGI lions in this look cuddly as heck. I definitely don’t consider this a live-action remake, because animated animals like these placed into live-action shots generally weird me out. I’ve never been a fan of this style of filmmaking, and I’m not really sure why Disney felt the need to make this movie again. I’d also like to point out that lion society in real life is matriarchal, so Simba wasn’t waiting to become king of anything. Also, if Scar and Mufasa were the only two male lions in the pack, then Nala and Simba were either siblings or cousins, so just think about that for a second. All that being said, I am so excited about Beyoncé’s work on this film that I will almost definitely be watching it. If you see me at AMC Georgetown on $5 Tuesday ready to watch some lion incest, mind your own business. That’s my prerogative.

Dajour: Let’s all ignore everything Katie said up there because I am about to lose my mind. The first time I watched this trailer, as soon as “Circle of Life” began to play I legit felt my eyes welling with tears. I don’t have enough words to express what the original The Lion King means to me. While I wasn’t even born when it came out in theaters, my uncle bought it on VHS for my cousin and me (and later my mother got it on DVD). It was all I watched as a kid, and, particularly as a young black kid, being able to see images of Africa on the screen (animation and animals aside) was huge. That movie was for black people then was what Black Panther (2018) is for us now. It still amazes me that I’ll even get a chance to see this story in theaters, however newly realized it is. Beyoncé as Nala is casting gold. Donald Glover as Simba and John Oliver as Zazu literally make me squeal with joy. James Earl Jones returning to play the iconic Mufasa is like a dream come true (and, let’s be honest, no one else could voice this character). The CGI looks absolutely stunning and I can only imagine how gorgeous it’ll look in theaters when I go see it opening night. This is my most anticipated film of 2019 without a doubt and I’m so excited to see this classic story told in a new light.

Juliana: Look, I love Lion King. Heck, I’ll even argue that it’s the best Disney movie ever made, and my favorite Disney film growing up was Tarzan (1999)! The cast is simply amazing, and I cannot express enough how impressed I am that Disney managed to get so many incredible stars to voice these characters. I mean, we got freaking Beyoncé, people! BEYONCÉ! Also, the CGI is incredible. I know that this is Disney and I should expect this quality by now, but it really does blow my mind every single time. That being said, I have a problem with this movie: it’s the exact same movie as the one from 1994. It’s the same story. It’s the same characters. It’s even animation, so you don’t even get to have the cool “Oh my God! Who is the new face for my fave?” moment that we had with previous re-makes. Disney essentially got the 1994 movie, updated its animation style, added in some A-list celebrities to voice the characters, and ta-da! A whole new movie! While I understand that changing such a classic in any way would cause massive fan backlash, it’s kind of disappointing that we’re only getting the same old stuff over and over again, just repackaged as “fresh” and “live action.” While I’m absolutely a hypocrite and will end up watching this film anyway, I do wish that Disney would start producing more original content and launch us into a renaissance instead of just reminiscing their old golden days.

Once Upon a Deadpool— https://www.youtube.com/watch?v=PCf03KXyzIg

Katie: After my nuclear Lion King takes, I’m not sure that anyone will care about what I have to say about this trailer, but I’ll just go ahead and continue to shout into the void. This trailer is objectively cute, but mostly because Fred Savage is reprising his role as boy-in-bed from The Princess Bride, an iconic film that deserves every bit of the hype it gets. I also appreciate that the proceeds are going to charity because I like the idea of Deadpool actually caring about other people. To be honest, Deadpool 2 was only an okay film, and I’m not sure that a PG-13 release is going to make it any better. This release is perfect for 12-year-old gamers who love snarky humor and extreme violence, and junior high is a tough time, so I’m glad they’re getting something cool in this dark period of their lives. I’ll leave this one to the acne-ridden preteens it’s targeted at.

Dajour: The best thing about this trailer, as Katie mentioned above, was Fred Savage reprising his role from The Princess Bride which is a film I’d rather watch than this. I really enjoyed the first Deadpool, but I, admittedly, have not seen the sequel. That being said, this seems like just a cash-grab to me. There’s no need to re-release the film in theaters as PG-13, particularly in the digital and streaming world that we live in. 13-year olds could easily find Deadpool 2 online and watch it there so there’s no real logical reason I can see to do this except to make money. Ryan Reynolds still makes me laugh though, so at least there’s that. I’ll skip this in theaters, obviously, because I’m old enough to have seen the original version, but maybe it’ll make some kids happy and I guess that’s okay. And apparently the proceeds go to charity, so I’ll accept this.

Juliana: I enjoyed that, probably more than I should have, given that I just came from a rant on how the previous movie was an obvious cash-grab from Disney’s part. This, again, is obviously yet another attempt to make more money, although the fact that the proceeds go to charity does make me feel slightly better about it. But I think the reason I enjoy it is because I know Deadpool (Ryan Reynolds). Deadpool is a character known for breaking the fourth wall, and, in his films, he has made plenty of self-aware jokes. And, quite frankly, what better way to make self-aware humor than in a censored version of your film? This PG-13 edition probably comes from the fact that the R-rated version often got a lot of problems with (unknowing) parents taking their kids to see it. Is it kind of a dumb reason? Yes, absolutely. But some small part of me thinks it’s hilarious that the producers saw this criticism and decided that releasing a comic PG-13 version would be the best response. While I probably won’t rush to theatres in the middle of Christmas to watch this, you will certainly catch me laughing as I watch Deadpool tell Fred Savage his story when I want to escape midterms.

Katie: I’m not really into children’s or family movies (as you can possibly tell from the rest of my takes), so I’ve never seen the OG Lego Movie and I don’t know what the appeal here is. That being said, this movie looks like something I should take my little brothers to next spring break, so I’m intrigued. It appears that Lucy, the badass girl Lego, is the only person who has any sense in this trailer, but instead of being the heroine, she’s the damsel in distress that Emmet, the dingus boy Lego, is rescuing. Interesting. I was really excited, however, when I realized that both Stephanie Beatriz and Tiffany Haddish are both voicing characters in this film. They’re both hilarious and incredible actresses who are welcome to run me over with a cement truck, and I’m going to go out on a limb and predict that they will be the very best part of The Lego Movie 2. That being said, I will probably save this for Netflix, so don’t expect to catch me buying a ticket unless I’m accompanied by 11 year-olds.

Dajour: The first The Lego Movie (2014) was a brilliant film that I firmly believe will be considered a classic in the future. This film looks like it could be a worthy successor. First of all, the fact that it’s called The Lego Movie 2: The Second Part is delightful. I love self-referential humor. I was originally worried about this film, what with the directorial changes that seemed to keep occurring. However, this trailer has rid me of those worries. Chris Pratt’s voice portrayal as Emmet is perfection once again, along with Elizabeth Banks as Wyldstyle. But what really intrigues me is the addition of Tiffany Haddish to the cast. Much like Katie, I love and admire Haddish and I’m so excited about the way her career is flourishing. I was already going to see this movie because of my love for the first, but Haddish would’ve drawn me to the theaters regardless. I have high hopes for this one, I really hope it doesn’t disappoint.

Juliana: The only Lego movie I watched was The Lego Batman Movie (2017), so I feel like I’m probably missing out on the hype and context of the first one of the series. The trailer immediately grabbed my attention because the main character, Emmet, was voiced by Chris Pratt. And then I was hooked again by it because Emmet’s personality is exactly what I imagine Chris Pratt’s personality would be. Honestly, aside from that, there wasn’t anything really hooking me into watching the film. The story doesn’t really seem all that interesting or unique, and it just feels like the kind of film you go to watch for the references (“Oh look, it’s Chris Pratt in a spaceship like in Guardians of the Galaxy (2014)!”). All in all, this Lego sequel leaves me with the same feelings as the first one did: an all-star cast and kinda cool animation technique, but really not enough to drive me to the movie theatres. 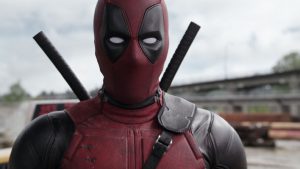