The members of Brockhampton refer to themselves as the “hardest working boyband in show business”, as described in their Twitter bio, for a good reason. After releasing their first—and heavily underrated—mixtape) ALL-AMERICAN TRASH in 2016, they followed up with their critically acclaimed Saturation trilogy in 2017, which consisted of SATURATION (June), SATURATION lI (August) and SATURATION III (December). After multiple teasers and the decision to scrap the unreleased album PUPPY, following the departure of Ameer Vann due to sexual abuse allegations against him – their latest album iridescence was released this September.

What makes Brockhampton stand out is the clear evidence of their collaborative efforts. Consisting of 14 members, including vocalists, graphic designers, and more, Brockhampton is a combination of the best aspects of the music and media industries right now. They pride themselves on a DIY aesthetic, often recording themselves producing their own music in a remote beach house on Instagram.

We are entering a new age of hip-hop, and Brockhampton is leading the way. Their lyrics wrestle with the problems of race and being part of the LGBTQ+ community in America. Brockhampton stares straight in the face of taboo topics like sexual assault and mental health. In two years, they have created a dedicated, almost rabid fan-base with members of all ages. YouTube has entire 20 minute videos dedicated to listeners breaking down the lyrics of each song within each album, as well as the speciality skills of each member.

Brockhampton will be performing at the The Anthem on the 16th of October as part of their I’ll Be There tour. You can find more information here. 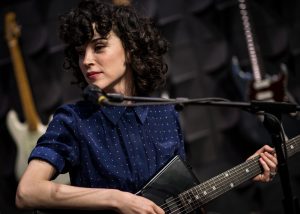 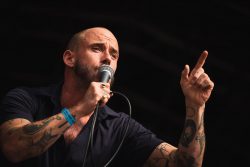 IDLES brings “hard rock for softies” to The Anthem