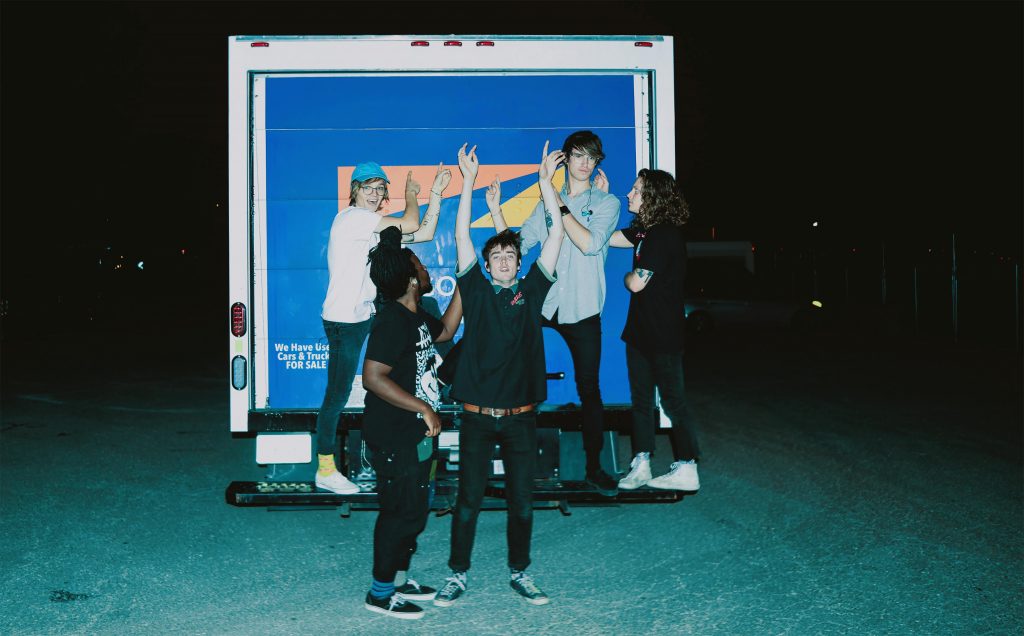 Indie rock band Hippo Campus, currently on the Bambi Tour, will be make a stop at 9:30 Club on Oct. 24. From St. Paul, Minnesota, the band was founded by four high school friends in 2013. Especially on their initial releases, including Landmark, EP Bashful Saturdays, and EP Warm, their sound is an evolution of the bands they’ve cited as influences and favorites: The Shins, Modest Mouse, Radiohead, and Sylvan Esso.

While their latest album, Bambi, strikes a different chord, a few songs, including “Doubt,” “Bambi,” and “Why Even Try,” offer something familiar for the band’s fans, using some of the same clean guitar sounds like the band used on “Sophie So” and “Suicide Saturday.” But the balance of Bambi is slower, more electronic, and more experimental than the music that made Hippo Campus famous. “Anxious,” for example, is composed mostly of an almost ambient soundscape with vocals layered on top. While Bambi invokes some of the same sentimentality their previous music trades on, it puts on display a new musical direction.

Hippo Campus is on tour with rock band The Districts. The Districts hew a bit closer to the typical indie rock band, though their music has its share of surprises, too. They will open for Hippo Campus.

Hippo Campus and The Districts will perform at the 9:30 Club on Oct. 24. More information can be found here.

No. 4 Women’s Soccer Looks to Stay Perfect at Marquette
The Way He Looks Is A Summer Dream