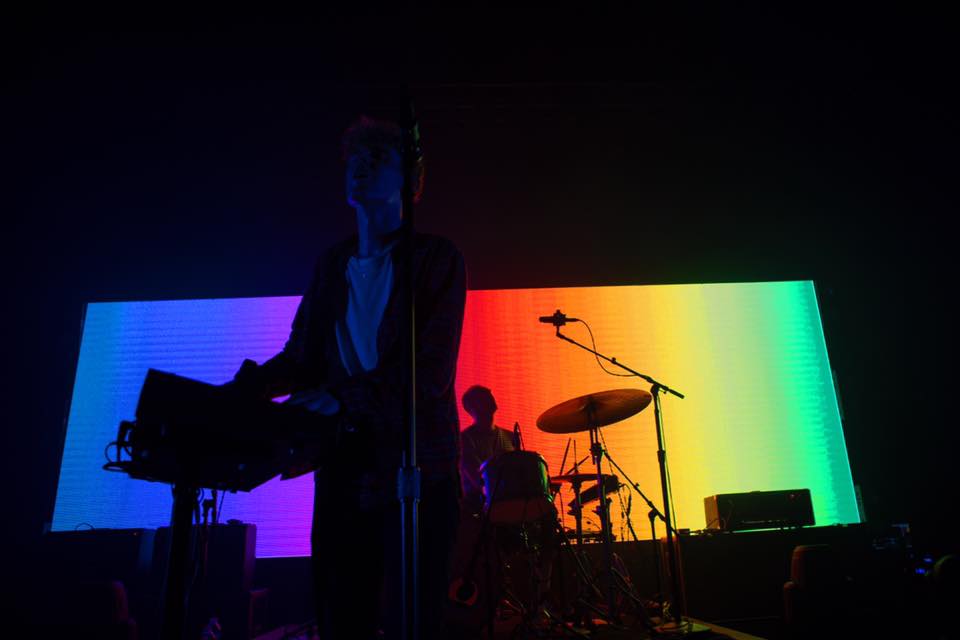 Modern indie rock has graced American airwaves for years and taken a distinct sound since the proliferation of groups like the Lumineers, Vampire Weekend, and Imagine Dragons. In many ways, COIN continues this legacy, bringing the standard four-man rock group to life with vocalist Chase Lawrence, drummer Ryan Winnen, guitarist Joe Memmel, and bassist Zach Dyke. The four come together to create poppy and accessible indie rock that seems as fit for radio as it does a soundtrack to a coming of age film or light-hearted advertisement. Their music is an infectious and energetic mixture of multiple influences, bringing the steady drum builds and shouted choruses from likes of the Lumineers and Of Monsters and Men, and the bubbly, melodic guitar riffs from Vampire Weekend and Hippo Campus. Despite being so clearly referential, COIN makes a solid effort to stand alongside their idols in their live shows and deliver a fun night while they are at it.

COIN played to a sold-out 9:30 Club on Saturday night, after having built excitement around their tour with a new album and the release of “Growing Pains,” their latest single. They opened their set with this single and proceeded to take their audience through a fun—though at times underwhelming—tour of their discography. Their tracks follow a fairly standard format and their choruses are easy to catch onto. By the sixth song, “Hannah,” the band had its audience bobbing and shuffling as they shouted along to the song’s regretful, yet somehow carefree, lyrics. “I’ve got other plans, so keep on dancing, into the arms of another man” screamed Lawrence, “I’m sorry Hannah, how will you know if you never try?” screamed the audience.

Though they were engaged in singing along, the audience displayed a distinct lack of enthusiasm for the things that usually get crowds excited—Lawrence leading over to brush hands with crowd, taking a selfie with a fan’s phone, and even crowd surfing elicited only a few delighted squeals, and did little to actually make the crowd dance outside of their proscribed spaces. Time and again as well, COIN would take the audience through a thrilling rendition of one of their songs and would take the excitement right up until the audience felt ready to boil over; however, they would consistently fail to either deliver another verse to release our patiently-built excitement or would simply not maintain their solos for the thirty seconds more or extra octave higher they needed to really excite the crowd. That additional step would have made the band that much more genuine, and that much more committed to their craft, proving that they were willing to go out to every show and give it their all. However, time and again they came excruciatingly close, only to break off a moment too early.

COIN shows a lot of potential, both as a radio-hit-ready indie rock band and as an electrifying live act. For now, however, they need time to mature and develop a sound more distinctly their own, as well as to learn how to take the extra step to truly devote themselves to their live performances.

Something Rotten! is Infectious, Breezy Fluff
Demons in the night: Hoyas look to avoid DePaul sweep