I bought Alice Walker’s The Color Purple at the Strand Bookstore in New York City last summer on a first date. The novel tells the story of Celie and Nettie, two sisters separated by a literal and figurative ocean, who use letters to preserve the tenuous connection to their childhood relationship, a relationship of love and extreme sacrifice. It’s an emotional ride filled with violence, pain, suffering, racism, colorism, and sexism, but overarchingly, love. It brings the reader along on Celie’s journey toward autonomy and self-sufficiency, discovered through relationships and her own personal resilience.

Celie is fourteen years old the first time her Pa forces himself on her, graphically described on the first page of the book. Over the course of her teenage years, she is forced to carry two of her father’s children. When they are born, the children are taken from her and given to another family for adoption.

Celie prides herself on being good, obedient, and acquiescent, even to extremely bad treatment. She is beaten, oppressed in her own home, while always in survival mode, keeping silent out of self-defense.

Celie begins writing letters to God, telling Him about her darkest secrets and her daily life. These letters are cries for help, confessions, shouts into the void. They are all the things she’ll never say to the real people in her life, those who surround and abuse her. Her sharp, staccato sentences pack a punch, the lack of frills emphasizing the emotion even more.

The sparseness of the initial letters is jarring. Walker knows exactly how to balance providing the reader with a coherent narrative while also making it read like a real diary. As such, she is not overly generous with the details, but this adds to the letters’ emotional power.

Then, Celie’s life changes when a man named Mr. ____ (this is how he is referred to in the book until around the middle, when it is revealed that his first name is Albert) begins pursuing Nettie. But instead, Pa offers Celie to be his bride in an attempt to get rid of her: “I can let you have Celie. She the oldest anyway. She ought to marry first. She ain’t fresh tho, but I spect you know that. She spoiled. Twice. But you don’t need a fresh woman no how.” The concept that Celie is somehow dirty or spoiled because she has had sex and gotten pregnant is repulsive, especially coming from her abuser.

Pa argues that Celie will make the better wife: “She ugly. He say. But she ain’t no stranger to hard work. And she clean.” Finally, Pa says to Albert, “She tell lies.” That immediately sets Celie up to be disbelieved if she ever chooses to tell anyone about her father’s abuse. But this marriage is a means of self-preservation, a way out of her father’s house.

Soon after Celie’s marriage, Nettie runs away from home, presumably to escape their father, and is forced to forge a new life for herself away from them. Celie begs Nettie to write, and Nettie says, “Nothing but death can keep me from it.” But she never writes. Or so Celie thinks.

Celie grows up and raises Albert’s children, attempting to create a life for herself. But she is beaten repeatedly by her husband because that’s simply “what husbands do.” She finds herself an object of pity, a silenced woman who no one admires and who never sticks up for herself.

Celie deals with an abusive marriage, the demands of young motherhood caring for children who aren’t biologically hers, and the burdens of everyone around her. This is a classic literary example of the unrecognized physical and emotional labor of black women. Celie is simply expected to obey her husband’s wishes and cower to his demands. She’s expected to care for his children—after all, what was a wife at this time if not a domestic and sexual servant? That was part of the logic behind “acquiring” Celie to live in his house: his children needed a new mother, and he needed a hard worker.

Albert is involved with a woman named Shug Avery, a semi-famous singer in the age of Bessie Smith (a famous blues singer and apparently an old friend of Shug’s). When Celie sees a picture of her, she thinks Shug Avery is “the most beautiful woman I ever saw. She more pretty then my mama. She bout ten thousand times more prettier then me…. An now when I dream, I dream of Shug Avery.” She begins to have sexual fantasies about Shug Avery that help her get through heterosexual sex with her new husband.

When Shug comes to visit, Celie can’t help but obsess. “I got a million questions to ast. What she wear? Is she still the same old Shug, like in my picture? How her hair is? What kind lipstick? Wig? She stout? She skinny? She sound well? Tired? Sick? Where you all children at while she singing all over the place? Do she miss ‘em? Questions be running back and forth through my mind. Feel like snakes. I pray for strength, bite the insides of my jaws.”

When Shug becomes seriously ill, Albert takes her into their home so she can recover. Celie ends up caring for her, where they begin to bond. “First time I got the full sight of Shug Avery long black body with it black plum nipples, look like her mouth, I thought I had turned into a man… I wash her body, it feel like I’m praying. My hands tremble and my breath short.”

Shug is a very openly sexual being, who by extension awakens Celie’s sexuality. She encourages Celie to look at her own anatomy in the mirror, to appreciate the beauty and sensuality of her body. Shug considers Celie still a virgin, despite her husband and two pregnancies, because she has never had an orgasm.

When Celie confides in Shug about her assault, “I cry and cry and cry. Seem like it all come back to me, laying there in Shug arms. How it hurt and how much I was surprise. How it stung while I finish trimming his hair. How the blood drip down my legs and mess up my stocking. How he don’t never look at me straight after that. And Nettie.”

She finally gave Celie the space to be emotional, to confess, to have a real human outlet.

In that moment, they kiss and begin a relationship that spans decades.

They clearly share a lot of love for each other, and this depiction of a lesbian relationship came across as authentic and powerful, not glamorized or sensationalized to satisfy the male gaze, as so many are in today’s films and TV shows.

But their relationship is not perfect, and it’s not the main focus of the story. The real love story here is between Nettie and Celie, their undying commitment to each other, the familial love that sustains them through even the harshest of trials.

About halfway through the book, Celie discovers a stack of letters addressed to her from Nettie, assuring her that she and Celie’s children are fine. Albert has hidden them from her for years.

Nettie has become a Christian missionary and, in an amazing twist of fate, moved to Africa with the family that adopted Celie’s children. She has a role in raising Celie’s children, Olivia and Adam, while their adopted parents have no idea.

She writes to Celie about her travels and experiences in a new land. As an African American missionary, “there is one big advantage we have. We are not white. We are not Europeans. We are black like the Africans themselves. And that we and the Africans will be working for a common goal: the uplift of black people everywhere.”

She explores the contrasts between being African and African American, the strangeness of returning to a land that doesn’t recognize her as its own, of searching for a home and finding none, even among people who may look like her.

“Did I mention my first sight of the African coast? Something struck in me, in my soul, Celie, like a large bell, and I just vibrated. Corrine and Samuel felt the same. And we kneeled down right on deck and gave thanks to God for letting us see the land for which our mothers and fathers cried–and lived and died–to see again.”

While living with the Olinka people, she confronts their sexual and gender norms: the idea that girls shouldn’t go to school, the ritual scarring performed on the young, the violent “celebration of womanhood” (possibly a reference to female genital mutilation). She feels alone and isolated, an object of pity and condemnation because she defies Olinka conventions.

And then, an earthshaking discovery alters the foundations of Celie’s life, causing her to question her faith in God. “You must be asleep,” she says to God. And here, she begins addressing her letters to Nettie instead of God: “I don’t write to God no more. I write to you… Anyhow, I say, the God I been praying and writing to is a man. And act just like all the other mens I know. Trifling, forgitful, and lowdown.”

Around 200 pages into the 300-page book, Celie finally speaks up for herself, prompted by anger over what Albert took from her in hiding her sister’s correspondence: “It’s time to leave you and enter into the Creation. And your dead body just the welcome mat I need… All round the table folkses mouths be dropping open… You was all rotten children, I say. You made my life a hell on earth. And your daddy here ain’t dead horse’s shit. Mr. ___ reach over to slap me. I jab my case knife in his hand.”

Celie moves to Memphis with Shug, where she starts a successful pants-making business. Her letters get longer and more detailed over time, maybe because she’s writing to Nettie, or she’s getting older and more mature, or she’s overcoming some of her trauma and can now breathe and speak more freely.

She then learns that Nettie plans to come home with Samuel (Corrine passed away in Africa) and Celie’s two children. But then she learns that the ship supposedly carrying them was sunk by German mines. And all of Celie’s letters to Nettie are returned unopened. But she continues writing to her, despite thinking she is dead.

But of course, she’s not dead after all. The pair reunites at the end of the book, after nearly a lifetime apart. This incredibly emotional reunion scene moved me to tears (an impressive feat if you know me).

Celie writes, “Us totter toward one nother like us use to do when us was babies. Then us feel so weak when us touch, us knock each other down. But what us care? Us sit and lay there on the porch inside each other’s arms. After a while, she say Celie. I say Nettie.”

I read this book at a time when I was incredibly homesick, a feeling I hadn’t really experienced before, even when I first went away to college. The reunion scene made me think of being reunited with my family. Of course, there’s obviously not even nearly a close comparison between the two situations. Celie and Nettie were separated for almost a lifetime, a lifetime of brutality and suffering. I’ve been separated from my parents for a semester. But the feeling of longing is universal and felt familiar, particularly now, when I’m thousands of miles away from my family. 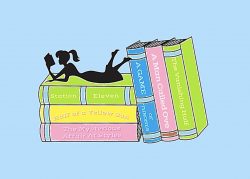 Best books from a quarantined summer 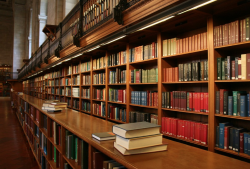