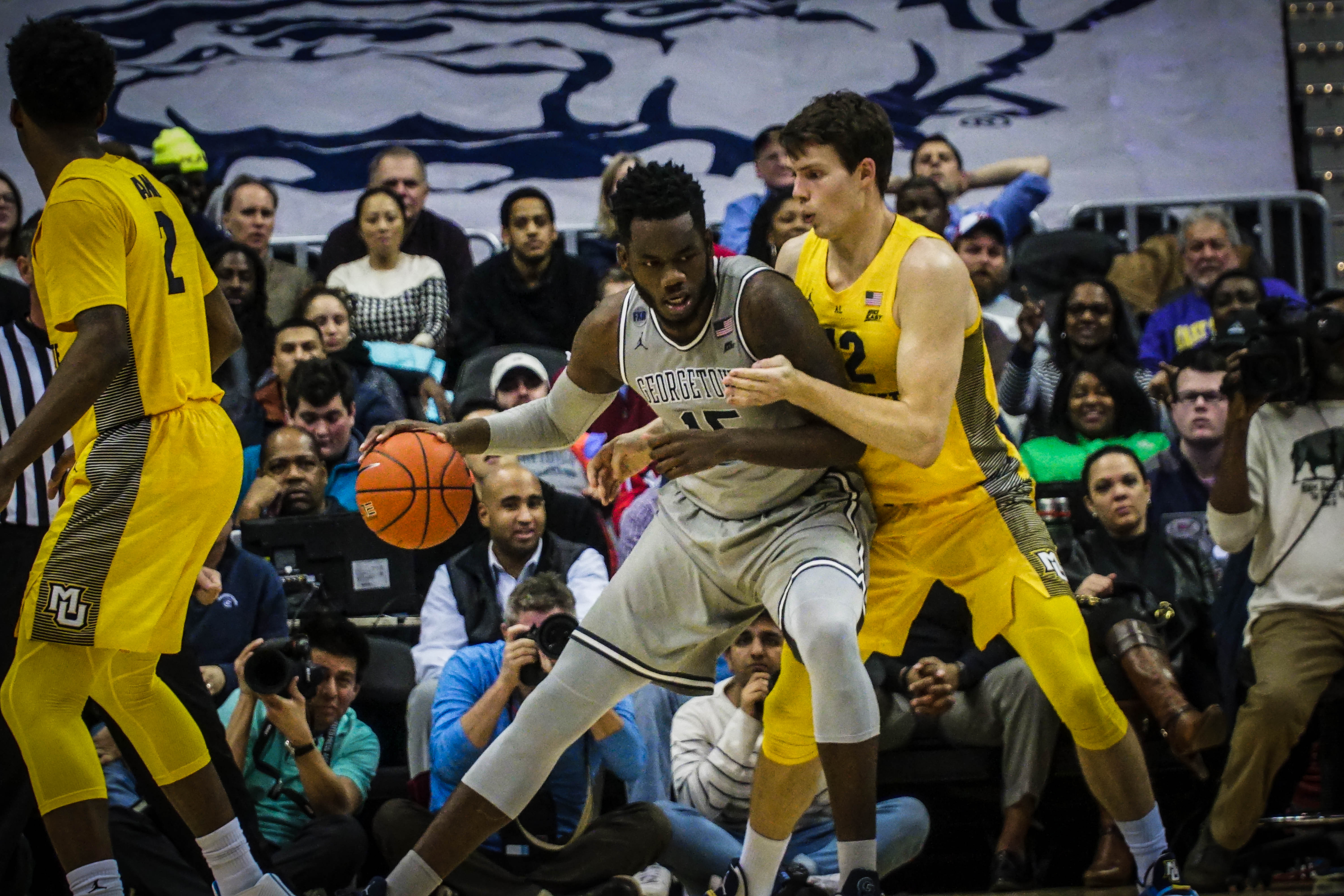 The Georgetown men’s basketball team (12-6, 2-3 Big East) will take on Creighton (10-8, 1-4 Big East) Monday in a Martin Luther King Jr. Day evening matchup at Capital One Arena. The Hoyas and the Bluejays, who are sitting at 8th and 10th in the Big East, respectively, will both be desperately looking for another conference win.

The Hoyas are coming off a devastating three-point loss to No. 15 Marquette (16-3, 5-1 Big East) on Tuesday. The Golden Eagles were without their star in junior guard Markus Howard, who was injured just three minutes in, however junior guard/forward Sam Hauser stepped up, dropping 31 points on 50 percent shooting. 24 points from freshman guard Mac McClung, 14 from senior center Jessie Govan, and 12 from senior forward Kaleb Johnson helped keep the Hoyas in it and with seconds to go, Georgetown was down one. Unfortunately for Hoya fans, freshman guard James Akinjo’s shot was blocked on the final play of the game, giving Marquette a decisive victory.

Despite a more quiet game against the Golden Eagles, Govan leads Georgetown, averaging a team-best 19.7 points and eight rebounds per game. Akinjo and McClung round out the Hoyas, averaging double-digits. These three will take the reins against a Creighton team in the midst of a four-game losing slide.

The Bluejays began conference play with a win over Providence (11-7, 1-4 Big East), who the Hoyas beat in double overtime earlier this season. Since then, Creighton has been unable to produce a win, being crushed by Butler (12-7, 3-3 Big East), St John’s (15-4, 3-4 Big East), and Villanova (14-4, 5-0 Big East), and losing a heartbreaker in overtime to Marquette, thanks to 53 points from Howard.

Creighton is led this season by sophomore guard Ty-Shon Alexander, and junior forward Martin Krampelj, who are averaging 17 and 11.2 points per game, respectively. The Bluejays boast an extremely efficient offense, shooting the ball at 50.7 percent, which is fourth in the nation, and shooting 43 percent from three, second in the nation. However, their defensive efficiency is the worst in the Big East. If the Hoyas can guard the perimeter, and exploit a weaker defense, Georgetown could join three other Big East teams at 3-3 and tied for third in the conference.

Tip-off is scheduled for 8:30 pm ET at Capital One Arena. The game can be broadcast live on Fox Sports 1 or streamed at Fox Sports Go. Follow @GUVoiceSports on Twitter for gameday updates and breaking news 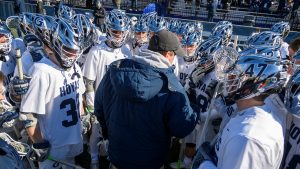