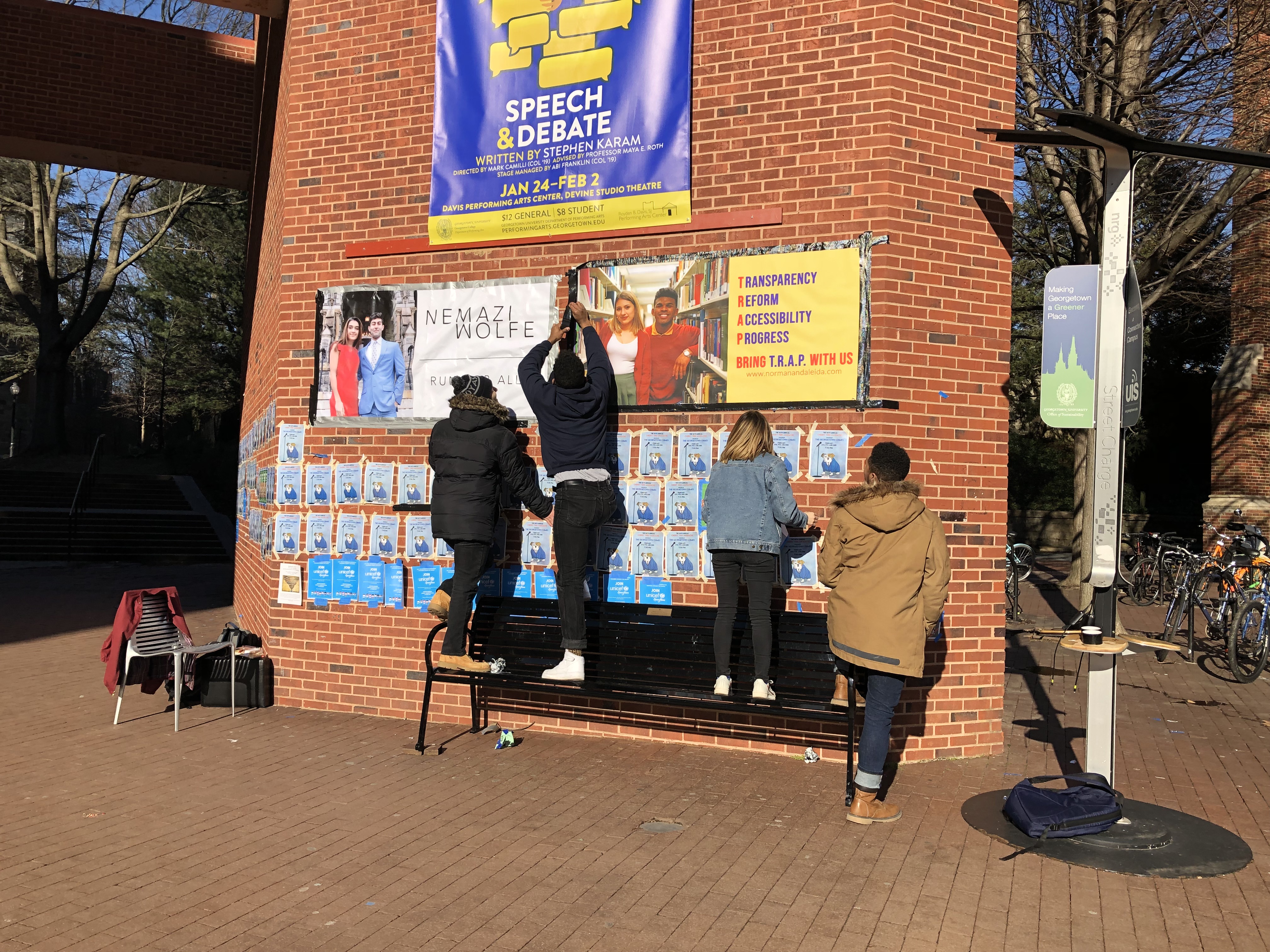 The GUSA Executive election campaign period officially began on Jan. 25 with four tickets having announced their bid for the positions of GUSA President and Vice President.

The four tickets who announced are Nicki Gray (NHS ’20) and Sam Appel (COL ’20); Norman Francis Jr. (COL ’20) and Aleida Olvera (COL ’20); Sina Nemazi (COL ’21) and Roya Wolfe (SFS ’21); and Ryan Zuccala (MSB ’20) and John Dolan (MSB ’20). GUSA Election Commission co-chair Grant Castle (SFS ’21) verified via an email to the Voice that those are the currently registered candidates, though students may petition to be on the ballot until Jan. 27.

Gray and Appel released a video on their campaign Facebook page in conjunction with their announcement of candidacy early Friday morning. Appel is currently a GUSA senator, while Grey, who has experience in several campus organizations. Their platform is centered on the idea that student government works best when those leading it have a variety of past experiences to inform their leadership.

Francis and Olvera have already outlined their platform of four key issues—transparency, reform, accessibility, and progress. Neither has had any previous GUSA experience, but are hoping the slogan of “T.R.A.P” and their policy focuses will appeal to the student body. They have put up a campaign website to help students learn more about them.

Nemazi and Wolfe are running on the slogan “Run for All”, which illustrates their hope to include all student voices in the student government process. Nemazi is currently the chair of GUSA’s dining policy team.

Though Zuccala and Dolan have not put out any campaign materials at this time, they are confirmed to have entered the race.