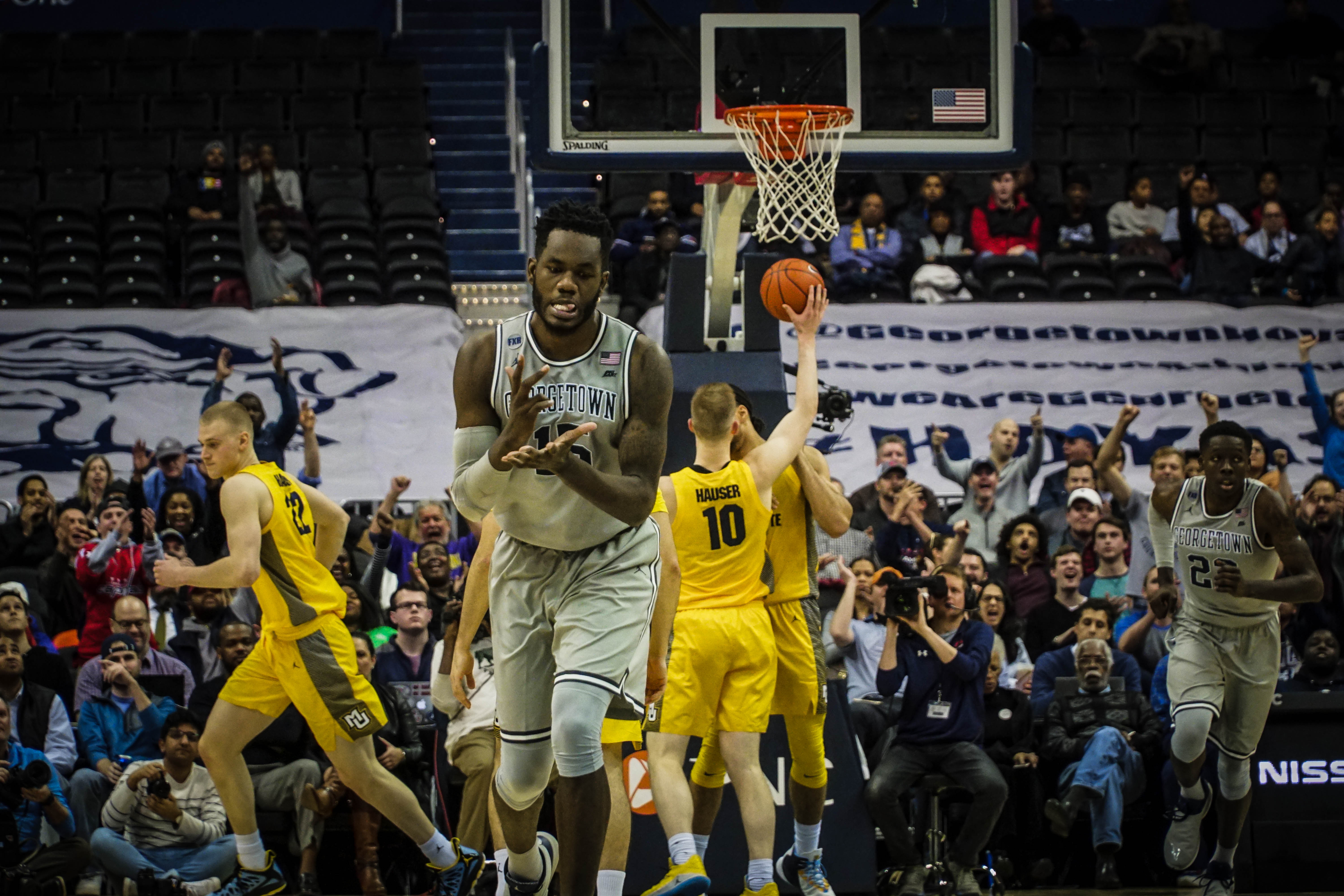 The win snaps a two-game losing skid for the Hoyas and moves them into a four-way tie for third place in the conference standings. Georgetown also avoided a sweep at the hands of the Johnnies, who won their first matchup January 5 at Capital One Arena.

The Hoyas started out hot from the field, hitting their first four 3-pointers en route to an early four-point lead. The lead changed hands eight times throughout the first half, but after late scores from McClung and graduate student forward Trey Mourning, the Hoyas went up 41-37 going into the break. McClung and Govan both hit double figures in the first half, posting 13 and 12 points, respectively.

After the Red Storm scored five straight to take a 42-41 lead with 18:12 remaining, the Hoyas responded with a four-point possession, as Govan hit a free throw and then a 3-pointer off an offensive rebound on the second attempt. After senior forward Marvin Clark knotted things up at 50 for the Johnnies, the Hoyas responded with a 10-0 run, capped by a 3-pointer from junior guard Jagan Mosely with 13:01 remaining.

The Johnnies would respond with multiple runs over the course of the second half, but were never able to forge ahead of the Hoyas. The closest the Red Storm got was in the final minutes, after Ponds scored on a goaltend to cut the Hoyas’ lead to 79-77, with 1:45 remaining. After graduate student guard Greg Malinowski turned it over for the Hoyas, the Johnnies got several point-blank chances to score, but did not capitalize. On that possession, McClung came out of a scrum for the loose ball to break away with a towering, two-handed slam to make it 81-77, after which the Johnnies did not convert another field goal.

After the Red Storm failed to convert once more, McClung found freshman forward Josh LeBlanc for an alley-oop dunk to make it 83-77. The Hoyas would ice the game away at the free throw line, and LeBlanc threw down one more dunk at the buzzer to make the final score 89-78.

Georgetown returns to the hardwood Thursday night at Capital One Arena to face off against Xavier (11-10, 3-5 Big East). The Musketeers prevailed in the two teams’ first matchup 81-75 on January 9 in Cincinnati. Tip-off is set for 8:00 p.m. ET and the match will be broadcast on CBS Sports Network. Follow @GUVoiceSports for updates and continuing coverage of all Georgetown sports.