More than 200 people—from Nashville to Australia to Georgetown—flocked to campus on Jan. 19 for the 20th annual Cardinal O’Connor Conference on Life. The conference followed the Jan. 18 March for Life, which drew thousands to Washington to call for an end to abortion.

“It’s incredibly disappointing to many students that university resources and money are going into this conference,” Maske said. “It really seems to be hypocritical to what the university claims to believe in.”

Maske also said that the group was not only protesting the conference itself, but its namesake, Cardinal John O’Connor.

“Cardinal O’Connor as a figure was extremely homophobic,” Maske said. “He blocked AIDS prevention programs in the height of the AIDS crisis in New York City, and therefore led to the deaths of many people, especially many queer people, because of his policies.” At the November 1989 Vatican conference on AIDS, O’Connor publicly opposed distributing condoms and clean syringes to drug users to stem the crisis.

In the future, Maske said HFC hopes that the O’Connor conference will take place on another campus, or not at all.

“We know that the values that it discusses are not supported by our students, and in fact, they are directly harming students,” Maske said. “In one of our university buildings, people are being homophobic, are being transphobic, are being misogynistic, and are claiming that they can decided what choices and what healthcare options people have that really have nothing to do with them.”

The conference began with an introductory speech on the cyclical decline and resurgence of the Catholic Church over the 2,000-year history of Christianity, followed by an invocation by Rev. Anthony Fisher, Archbishop of Sydney, Australia. Fisher is noted for having opposed Australia’s 2017 referendum to legalize same-sex marriage in the country.

“Time and again, seers have declared that God is dead and His church, too. But by the Living God’s grace, Christianity has recovered its spiritual roots, regained its evangelical energies, retrieved its intellectual seriousness, and reimagined its social contribution,” Fisher said.

“Even as our church experiences again the darkening before the light, we Christians must renew our zeal for converting our culture, and those who are carried by it,” Fisher said. “Young people will be absolutely crucial. Ultimately, your consistent witness to the truth by your words… especially in the public square, will have the greatest effect.”

Though the conference was marked by the early morning protest outside Healey Hall, protesters did not make their way inside for the keynote address. One of the protestors’ complaints included the choice of Cardinal Timothy Dolan, Archbishop of New York, to give the keynote. According to a Telegraph report, when Dolan was the Archbishop of Milwaukee, he moved funds that could have been given to survivors of clerical abuse into a foundation to cover cemetery upkeep.

Prior to the keynote, Conference Co-Director Julia Greenwood (COL ’19) reminded attendees of Georgetown University’s Speech and Expression Policy, emphasizing the right to free discourse and the “exchange of ideas.”

“While it is recognized that not everyone may share the same views as the speaker, it is expected that everyone in attendance at this event respect the right of the speaker and our conference board to share their perspective and ideas by not causing a disruption to the day’s activities,” Greenwood said.

Like Fisher, Dolan is on record opposing same-sex marriage, and spearheaded the effort by Catholic bishops to ensure that the Affordable Care Act included exemptions from providing birth control for religious institutions.

Dolan’s appearance on stage was met with great applause from the audience—“This is like Yankee Stadium!” he said.

Dolan began his address by praising O’Connor and his commitment to pro-life causes, before turning his focus to students in the crowd. The Cardinal called young people “genuine confessors of the faith” and “courageous apostles” for their advocation of pro-life beliefs. He noted that he had seen many of the students in the audience at the previous day’s March for Life.

The conference was sponsored by seven different university offices, as well as the Kennedy Institute for Ethics, Georgetown University Right to Life, Catholic Women at Georgetown, and the Knights of Columbus. The conference also received funding from outside groups, most notably the Family Research Council and the Alliance Defending Freedom. Many of those outside institutions set up booths in Healy Hall during the conference.

Alessandro Cowley and Bethany Marsh travelled from Sydney, Australia to attend the March for Life and the O’Connor Conference. Both expressed excitement at the pro-life movement they saw in the United States.

“The pro-life scene in America is absolutely impressive. The coordinated effort that has gone in to correcting the injustice is profound,” Cowley said. “Seeing that and being witness to that and participating in that will enable us to go back to our homes with reinvigoration to champion the pro-life movement based on the things happening in America.”

The afternoon panel, “Pro-Life Priorities: Advancing a Culture of Life,” was composed of Catholic theologian George Weigel, University of West Georgia history professor Daniel Williams, president of the March for Life Education and Defense Fund Jeanne Mancini, and Americans United for Life Chief Legal Officer Steven Adan. The panel was moderated by Catherine Hadro, the host of EWTN Pro-Life Weekly. Panel members expressed a desire to bring about cultural changes around abortion rather than just legal ones.

“Political gains will only be permanent if they’re preceded by cultural gains,” Williams said. “The ultimate goal needs to be a change in culture. If that happens, legal change will follow.”

Mancini pushed back, agreeing that cultural change is necessary but also emphasizing the influence of law on public opinion. “What’s legal is often seen as what’s ethical in our culture,” Mancini said. “Reality is not arbitrary. Put a pretty picture on it, but abortion takes the life of one and hurts the life of another.”

Both Mancini and Aden stressed that bringing what they consider to be realistic images of abortion into the light is crucial to the pro-life movement. Alden brought up the issue of fetal pain during abortion and cited it as a violation of human rights. According to a 2005 study published in the Journal of the American Medical Association, there is not sufficient evidence to conclude that fetuses have the neurological capacity to experience pain before the end of the second trimester.

“That’s a barbaric human rights atrocity that we should not tolerate in a society,” Alden said.

The panel also briefly discussed the current sexual abuse scandal in the Catholic Church. Weigel called the leadership of the investigations problematic, and hoped that it would not derail pro-life efforts.

“The Catholic church in the United States is undoubtedly one of the safest places in the country for young people,” Weigel said. “The problem of leadership failure has to be addressed and addressed vigorously. Please do not lose heart because of this.”

Williams encouraged the pro-life movement to back improved social services, seeing reconciliation between the sharply divided pro-life and pro-choice parties.

“There might be some areas where we can find some common ground with some people who might not necessarily agree with us on abortion,” Williams said.

Alden closed the panel by encouraging pro-life advocates to focus on goals beyond Roe v. Wade, saying that overturning the ruling would still require pro-life advocacy at the state level.

“The fight is not over when Roe v. Wade is overturned,” Alden said. “I want to finish this in my lifetime.”

This post has been updated to include details of protests around Dolan’s role in the Catholic Church’s sexual abuse crisis. 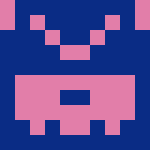