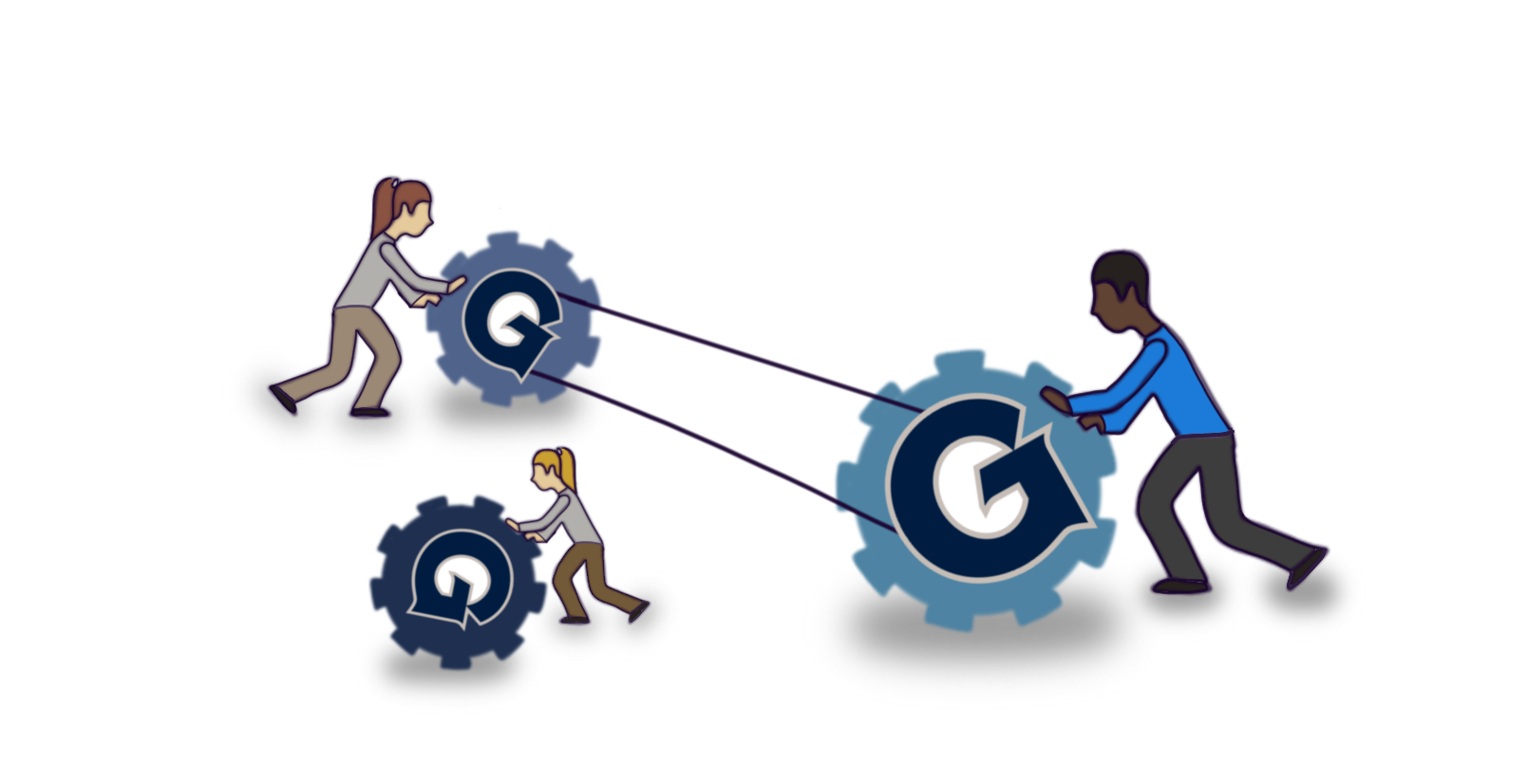 Last winter, two Georgetown students crowdsourced $17,000 for Stacey Walton, a Georgetown food service employee struggling with food and housing insecurity. In advocating for Walton, they acknowledged the simple fact that she, as a campus staff member, is part of the Georgetown community. But this crowdsourcing campaign also reveals a less pleasant truth about how the university treats non-faculty workers.

Student crowdsourcing, while laudable, would have been unnecessary if the university gave its non-faculty employees the privileges that faculty already have: not just the negotiating power necessary to protect their rights, but the COVID-19 safeguards, pay, and benefits they deserve.

The pandemic highlights how the university fails to treat these employees as equal members of our community. This January, at least 175 staff members tested positive for COVID-19, compared to just 41 faculty members who tested positive. Faculty didn’t need to work on campus, but staff members endangered themselves to be here.

Georgetown has actively endangered them, too. In January 2021, staff members protested the “Redeploy Georgetown” program, which not only forced regular staff members into public health roles but threatened them with unpaid leave and suspended benefits if they refused. Redeploy disproportionately impacted women workers of color and exposed their families to increased risk from COVID-19, especially compared to faculty members.

Concurrently, Georgetown was ignoring the exploitation of its construction workers. In April 2021, construction workers Oscar Ramirez and Enoc Rodriguez filed a class-action lawsuit against Dynamic Contracting, Gilbane Building Company, and GSA Construction. They alleged these Georgetown-contracted companies illegally withheld wages and misclassified employees as “independent contractors” to avoid paying appropriate benefits during Georgetown dorm renovations from November 2020 through February 2021. The fact that Georgetown neglected these labor violations demonstrates its lack of concern for the working conditions of hundreds of construction workers.

In response, the university now requires future construction contractors to provide a weekly certified payroll report, guarantee workers are being paid prevailing wages, and permit university investigations into workplace conditions. However, these proposals lack an independent verification mechanism and do not ensure that workers can speak candidly about their experiences without fear of retaliation.

In an email to the Voice, Professor Joseph McCartin, the director of Georgetown’s Kalmanovitz Initiative for Labor and the Working Poor, argued that an independent, worker-trusted entity familiar with the construction industry should serve as the university’s monitor for future contracts. He’s right: The university should select a group like CASA—an immigrant advocacy organization that provides legal services to DMV-area construction workers—to review potential Georgetown contractors’ labor practices. Workers will feel safer when reporting concerns to a group whose aim is to protect their rights. University officials, inexperienced in this specialized sector, will receive trustworthy information. Only after the university acts to understand workers’ needs can it further protect their rights.

Even unionized workers employed by university contractors have fewer protections than direct university employees do. Georgetown’s unionized food service workers, for example, have struggled against Aramark for over a decade to secure better wages, healthcare, and other protections. Yet even in the wake of a 2019 union contract renegotiation, employees like Stacey Walton still had to rely on students’ crowdsourcing efforts. She and other contracted workers are just as important to our university community as direct Georgetown employees are. The university ought to use its market power to pressure Aramark into treating its workers better, as well as subsidize benefits for all contracted on-campus employees so that their benefits match those of direct employees.

Unionization provides workers with the crucial collective leverage they need to win greater protections from employers. Though Georgetown technically supports unionization on campus, it actively obstructs university employees from organizing. The negotiations between the university and the Georgetown Alliance of Graduate Employees (GAGE), one of the few unions on campus, exemplify Georgetown’s union-busting practices.

Former GAGE president Jewel Tomasula (Ph.D. ‘24) and her fellow graduate students spent three years creating lists of graduate workers from scratch because the university denies staff access to a directory of their coworkers. Only through tireless advocacy and negotiation did GAGE finally secure a union contract in 2020. Not six months later, however, Georgetown attempted to gut GAGE’s negotiating powers through claims that graduate workers had no right to bargain over COVID-19 policies. GAGE ultimately won that battle for better protections, but their treatment should raise eyebrows. If a recognized union had this much difficulty dealing with university administrators over pandemic safety guidelines, how can the majority of Georgetown workers—with no comparable institutional power or direct line to administrators—have their concerns heard? The least Georgetown could do is create a workers’ committee that permits representatives from all campus labor groups to communicate regularly with the administration.

Georgetown, as D.C.’s largest private employer, sets a poor standard for labor conditions citywide when it undercompensates its non-faculty employees. Only through the willingness of these employees—not administrators—to put their and their families’ health at risk during an ongoing pandemic are we able to attend school in person. The university should do more than just recognize their importance to the Georgetown community.

Administrators must redistribute university resources to ensure that supporting students and faculty doesn’t come at the cost of exploiting non-faculty workers. Equitable financial and social compensation—better pay, benefits, oversight, organizing privileges, and access to administration—would begin that reparative process. A school can’t exist without its students, and Georgetown can’t exist without its workers.

A Fourteen Hour Journey Inside O’Donovan’s