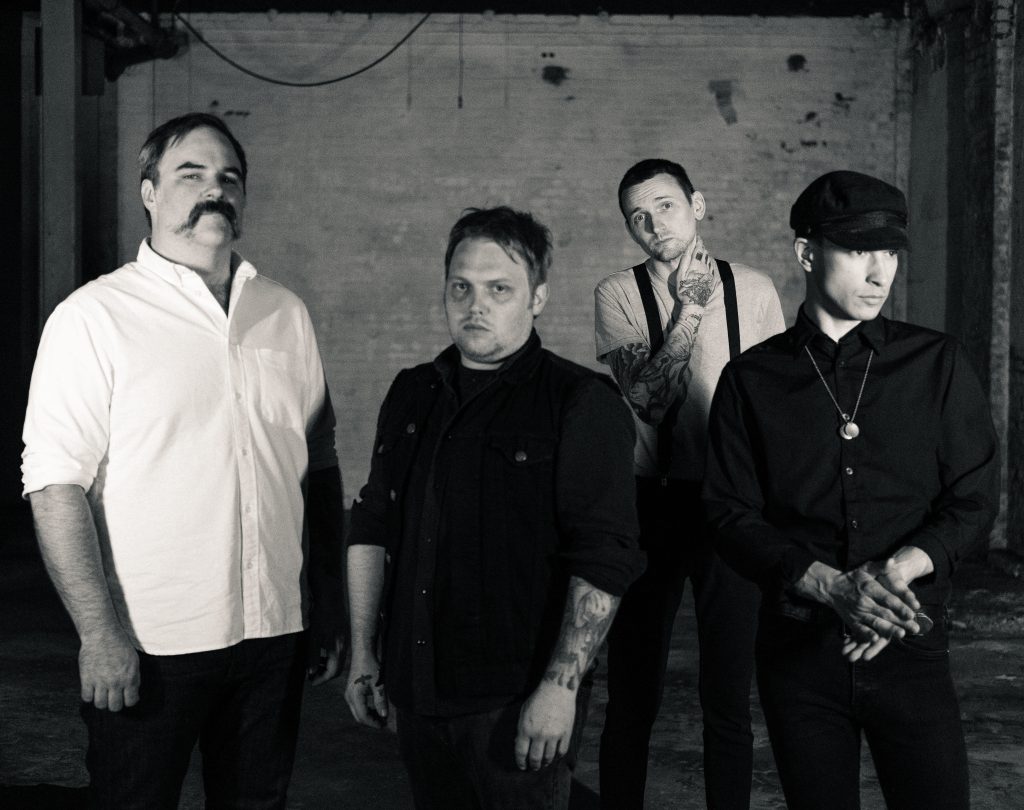 Since punk rock’s inception, musicians, critics, and popular culture writ large have been quick to declare the genre dead. They eagerly proclaim that nobody knows how to truly “rock” anymore, while conveniently failing to define what they mean, or look beyond a handful of widely recognized acts to see the genre develop beyond its roots. Daughters, almost unbelievably noisy, irreverent, and energetic, make a strong argument not only for punk’s continued vibrancy, but also the efficacy of the genre long into the future. Alexis Marshall, the band’s vocalist, is sarcastic, dark, and magnetic, while Nicholas Sadler on the guitar, Samuel Walker on bass, and Jon Syverson on drums pummel their instruments, creating layered, overwhelming, and surprisingly complex drone rock.

Originally formed in 2002, the band has produced music in fits and starts. Since their first album, Canada Songs in 2003, the band became progressively noisier and more complex until releasing their self-titled album in 2010. After releasing Daughters, the band took an unexpected hiatus until 2018, when they released You Won’t Get What You Want, a magnificent opus that built, and improved, upon their earlier developments. The album features unforgettable riffs, striking emotion and darkness, and manic, untamed energy that belies the complex and calculated, almost math-rock nature of their work.

On Sunday, Feb. 17, Daughters will be performing at the Black Cat. Their energy and talent is reportedly on full display during their live sets, so it should be a distinctly memorable performance. Doors are at 7:30, and tickets can be found here.