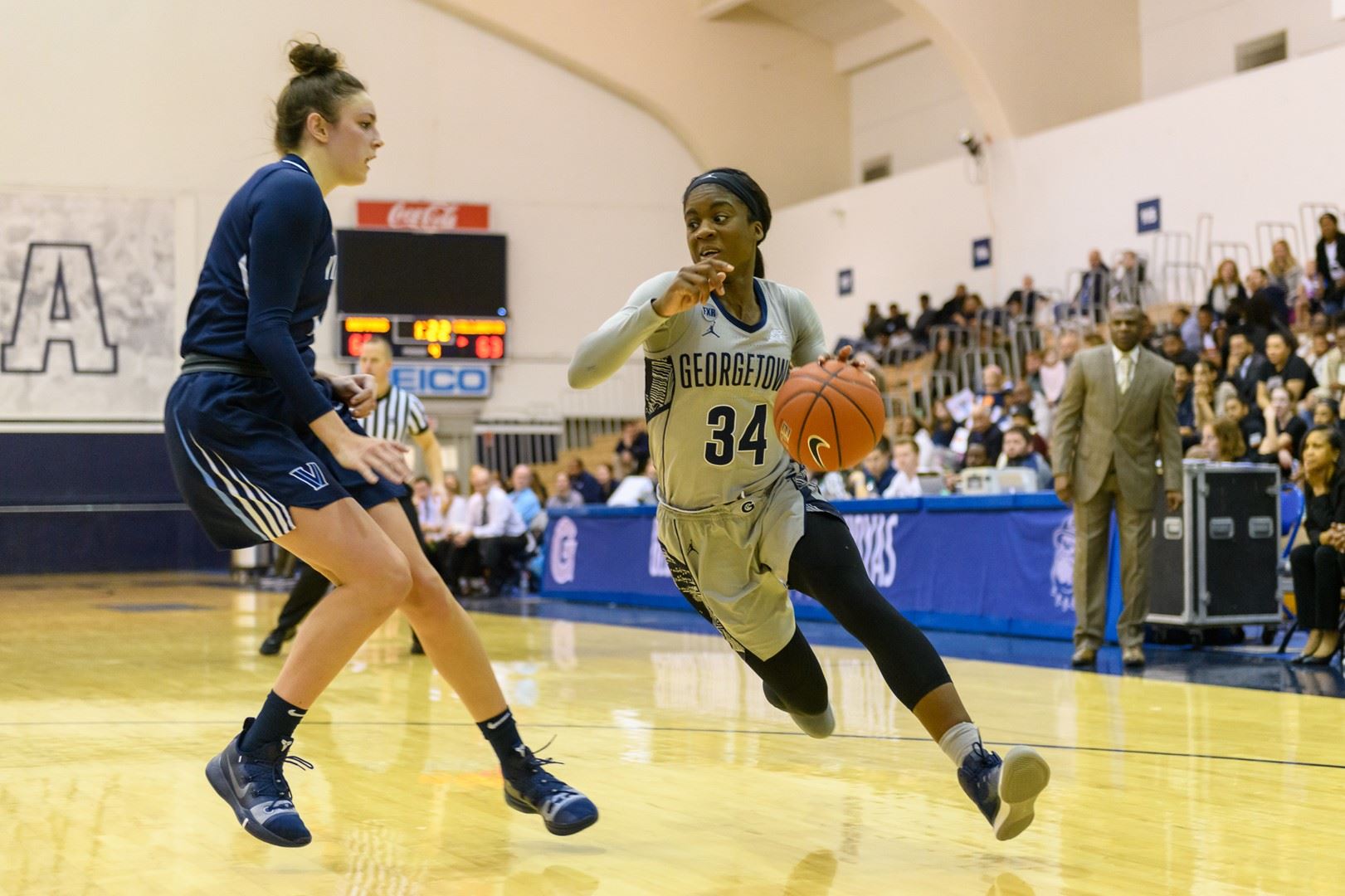 The Georgetown women’s basketball team kept its winning streak alive in postseason play with a 76-67 win over Villanova in the Big East Tournament quarterfinals. The 4-seed Hoyas ran away from the 5-seed Wildcats with a 29-point third quarter. Senior guard Dionna White and graduate student guard Dorothy Adomako led the way with 52 combined points.

The Hoyas (16-14, 9-9 Big East) were coming off four straight victories to close out the regular season, but their last defeat was a 91-43 embarrassment at the hands of the Wildcats (18-12, 9-9 Big East) on Feb. 16, so getting off to a strong start was key. They got exactly that, jumping out to an 8-2 lead, powered by threes from White and senior guard Brianna Jones. The Wildcats would quickly respond though with three 3-pointers and took the lead right back. The teams then went back and forth until senior guard Adrianna Hahn’s second three of the quarter put ‘Nova up four to close out the first quarter.

Adomako scored back-to-back baskets to close the gap at the start of the second period. The teams then continued to fire away from deep, combining to make four straight 3-pointers midway through the quarter. With five minutes until the half, Hahn, Villanova’s all-time leader in 3-pointers, hit her fourth of the half to put the Wildcats up four. She would hit again from deep before the break, but a three from White just before the halftime buzzer cut the margin to four.

Georgetown had trouble stopping sophomore forward Mary Gedaka early in the third quarter, as she scored three straight inside the paint, but the Hoyas kept it close with Adomako and White continuing to do much of the work on offense. They would eventually clamp down defensively and began to do a better job covering the 3-point line. A three from Jones midway through the third gave the Hoyas their first lead of the second half, and buckets from White, Adomako, and graduate student guard Mikayla Venson made it a 9-0 run. A three from sophomore forward Bridget Herlihy temporarily stopped the bleeding, but an and-one layup from Adomako to close the quarter gave the Hoyas a 67-56 lead going into the fourth.

The offense slowed down in the fourth, with neither team scoring for the first two minutes of play. A three from sophomore guard Kelly Jekot cut it to single digits, but back-to-back jumpers from White kept the strong lead intact. Jekot scored twice more in the final frame, cutting the lead to six with just under a minute remaining, but it would not be enough. The Georgetown defense again stood strong in the final minute, while White and Venson did just enough at the free throw line to close out the win.

The Hoyas shot an efficient 52.7 percent from the field after shooting just 27.3 percent during the Feb. 16 debacle. The Wildcats made 13 threes on the afternoon, but went cold after the break, making just 3-of-15 in the second half.

Next up is a semifinals matchup against No. 17 Marquette (15-6, 15-3 Big East) on Monday. The 1-seed Golden Eagles handily dispatched 9-seed St. John’s (15-16, 7-11 Big East), 88-57, in their quarterfinals matchup on Sunday. Tip-off is slated for 4:00 p.m. ET at Wintrust Arena and the game will be broadcast on Fox Sports 1 with live stats available at guhoyas.com. For updates, follow @GUVoiceSports on Twitter. 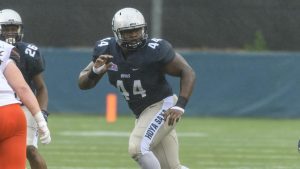 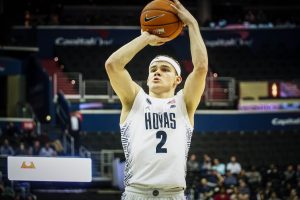