With a Powerful Lead, Russian Doll is an Intricate Vision of Heart 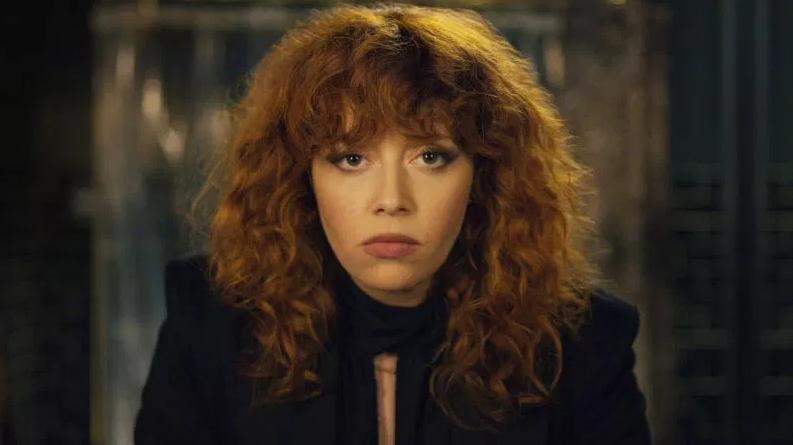 The drugs, dildoes, and death jump out immediately in this series, but eventually come to barely figure in the background of this innovative story about finding a path in life that staves off a feeling of dissatisfaction. The Netflix show Russian Doll is based the premise of a Groundhog Day-esque storyline in which the main character dies over and over again, with dark humor seeping through the entire show. This show mainly tells the story of Nadia (Natasha Lyonne) as she lives and dies over and over again on her 36th birthday. She places little value in her own health or longevity of life; she does what she wants and what feels good. She survived a difficult childhood, yet has life-long friends, and she has, despite appearances, more empathy than most people. Particularly in the way the characters behave, nothing in this show is happenstance; every joke, look, and detail serve a purpose in telling the story and communicating a thought to the audience. This show is arguably unique in its gritty, yet smart and beautiful innovative genre.

“The universe is trying to fuck with me and I refuse to engage.”

Natasha Lyonne shines in the role of Nadia, a savvy New Yorker who has a big but battered heart. She is completely unapologetic for her unhealthy lifestyle of drugs, alcohol, and nicotine, unapologetic in her relationships with men, and unapologetic for who she is—foul language, red curly hair, and all. Russian Doll delivers an exciting psychological show that delves into loneliness, feminism, and fear against a dirty New York backdrop painted with a beautiful brush, giving the audience a portrait of the issues and insecurities that we all deal with.

“Who likes drugs more than I do?”

Nadia smokes cigarettes and does drugs in the same way that people eat potato chips: it’s not actually a need, and you know it’s unhealthy, but you decide to do what makes you happy and eat them. Nadia is officially becoming older than her mother ever was, and she seems to have no ambition, no plan for where her life is heading, and little regard for the quality of life she lives. She’s living a life that she’s content with, mostly, in which she hadn’t intended to achieve many things. This fairly low level of maturity permeates through her various relationships, especially the one she has with John (Yul Vazquez). Nadia’s ex, who imploded his marriage and his life when he dated her the previous year, is in love with her, but she can’t seem to find it in her to be emotionally available. Even though they have feelings for one another, they end up hurting each other repeatedly because they have different expectations and struggle to communicate.

“Sexualizing self-hatred is the hallmark of any relationship that begins with extra-marital infidelity.”

The casting of this show is fantastic, Natasha Lyonne shines throughout the entire series, portraying the troubled character of Nadia exceedingly well. Charlie Bennett plays eternally-anxious Alan, who comes to be Nadia’s friend, and his frustration with what he let his life become is portrayed in a captivating way. The show at large has a diverse cast, both racially and gender-wise, but it also has a very diverse host of characters, many of whom are eccentric but all of whom are different in age, background, and personality. Created by Natasha Lyonne, Amy Poehler, and Leslye Headland—confirming their brilliance once and for all—the show delivers in every aspect from the decor to the music.

“Fun is for suckers. Staring down the barrel of my own mortality always beats fun.”

From the first few minutes, it is apparent that the show benefits from its Netflix production status in the freedom to use curse words, as well as overtly discuss sexual topics without showing events on-screen. The writers make a point of showing that everyone in this show is an adult who takes advantage of the fact that they don’t actually have to follow rules. No one does this more than the series’ main character. In addition to creating a humorous effect, the show makes use of crass language to demonstrate Nadia’s personality and devil-may-care approach to life. She loves her friends and shows that affection through the brutal honesty of her language.

“That’s morally simplistic and narcissistic. The universe is moral but it shares your views on morality?”

The colors of the show serve a very specific purpose in capturing backdrop of the show, which is a part of the DNA makeup of its characters, New York City. A majority of the show takes place at night, and although technically never bright, there are constant bright highlights that tinge the screen. Vibrant purples hues, electric blues, and flaming red glows can be found in the lighting of the apartments and the streetlights changing colors. Every other possible source of color is used to create a dark palette full of neon colors—not like you’d see in a festival-themed artificially lit movie, but in a grunge-yet-pretty aesthetic.

“The broken man and the lady with a death wish.”

Although never explicitly talked about on-screen, New York City is a constant in the background of this movie. There’s no montage of seeing sights and no mention of even where it is the characters are. But it is apparent that the entire series takes place in what seems to be a single neighborhood, which, based on this show, has little to boast about except cool Yeshiva schools-turned-apartments, bars with secret drug labs in the backroom, an uninteresting park, and one nice brunch spot. The show almost tries too hard to get a New York vibe that doesn’t gloss over the dirty and the ugly, but it manages to capture this specific slice of New York well. The show’s lack of dimension in this regard can be forgiven because this one dimension is so effectively portrayed. This is the New York of artists who believe the seeming nonsense that they spout, as well as that of the homeless man in the park, the thirty-something-year-old running a deli at night, and the sixty-year-old widower who has probably lived there his entire life. It’s layer upon layer of completely different people who are all New Yorkers in their own right.

“How do you know that you’re real? Do we need people as witnesses?”

There is a visible loneliness in the main character, and the audience’s understanding of its depth grows as the series progresses. She quickly uses drugs to get away from the trauma of dying repeatedly and not knowing why. When she tries to ask for help from her friends with what is happening to her, she eventually gets called crazy—a trigger word that drives her to hysteria and back to being alone. Loneliness is the main thread of the story, understanding its existence and the role it plays in the characters’ lives is the key to understanding why they act the way they do throughout. But there is also an opposite element that comes out of this, which is the amount of heart that some of the characters have. Nadia evolves from retreating into substances at the party to helping others. She spends a time loop with a homeless man named Horse (Brendan Sexton III) before freezing to death and, in the following time loop,  giving him shoes.

“For my birthday, tell me if I’m a bad person.”

The characters keep trying, over and over and over again, to figure out what has happened, what they need to do better, what is wrong with the way their lives currently are, and how to fix them. They try to come to terms with the infinity of reliving the same night that stretches out before them, and then they try to come to terms with the people they are. They work on their regrets, on what they hoped to get out of life that they’ve lost sight of. Sometimes they fail again, sometimes it’s worse. But they learn about themselves in the process and become better for it, despite the pain.

This is a story about damage. The damage inflicted onto them, that they perpetrate on themselves, and that they do to others around them. Morality is a factor, but only insofar as it serves as a realization of the path that they should be on, one they hadn’t previously realized they yearned for and one they start trying to reach. The show isn’t about social commentaries and it doesn’t make many, but it shares the personal philosophies of characters. To Nadia, religion doesn’t mean much because it’s racist, it’s sexist, and there’s no money in it—anymore. Empathy, humor, and darkness are the main elements of this show. Combining sadness and authentic humor and emotion is rare, and this show does it masterfully. It makes the audience think about a deeper meaning, about what this time loop is trying to tell the characters and the audience. It’s genuinely fun to watch, with incredibly sarcastic and witty characters that make you wonder a few times whether or not they’re actually being sarcastic, who turn self-depreciation into a way of life.

Watch this show. Watch it again and let me know what you get from it. Because oddly enough, it feels like it is about what you’re able to see in it more than what is actually in the show. By the time you watch all eight deceptively-short episodes, it feels like a whole lifetime of a journey. I don’t think you’ll see the same message, aside from the overt overarching ones. The fierce sentiments, the messy heartbreak, the mystery of the repetitive deaths, they all say something, they all echo in larger ideas. Watching the show and gleaning ideas from it will say at least as much about what you resonate with as it does about what the creators are saying. So give it a try, and see what you think of it as you watch it, the day after you finish watching it, and the week after that. 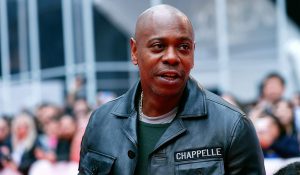 Sticks and Stones: Will Jokes Ever Hurt Us? 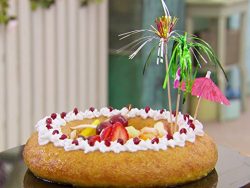