The GU272 Advocacy Team held a public town hall on the GU 272 Referendum on April 3, providing a space for students to discuss and ask questions about the referendum. The event included a panel of students and faculty involved in the creation of the referendum or who were part of the opposition.

The study body will vote on the referendum, a student-led initiative that seeks to address Georgetown’s history with slavery by creating a fund to support the descendents of slaves, on April 11. It specifically calls for the “creation of a GU272 Reconciliation Contribution” funded by undergraduate students, who would pay a $27.20 fee per semester as part of their tuition. The referendum states that the amount of the fee was chosen “in honor of the 272 people sold by Georgetown,” but would increase with inflation. The decisions regarding the allocation of funds would be made by a board of trustees, to be established after the passing of the referendum

The panel was made up of support and opposition to the referendum, and included members of the GU272 Advocacy Team, professor Adam Rothman from the Working Group on Slavery, Memory, and Reconciliation, members of GUSA, and descendents of the 272 slaves.

Sen. Hayley Grande (COL ’21), Sen. Sam Dubke (SFS ’21), and Hunter Estes (SFS ’19) represented the opposition, and cited the financial burden on students, the ambiguity of the rules for the board, the longevity of the fund, and other concerns as part of their reasoning to stand against the referendum. Instead of implementing the referendum, the opposition advocated for finding a way to hold the university responsible instead of having students foot the bill for the actions of its shameful past.

GU272 Advocacy Team members Hannah Michael (SFS ’21) and Kendell Long (COL ’19) represented support for the referendum alongside Sen. Samantha Moreland (COL ’21) and Shepard Thomas (COL ’21), a descendant of the GU 272, among others.

In response to the opposition, they argued that throughout Georgetown’s history, the institution has consistently “lagged” behind the progressive measures of students, and that the university typically only rectifies wrongs after being pressured by actions of the student body. As one audience member pointed out, it took an organization of students only four years to put together a comprehensive response to the sale of 1838, while the university has demonstrated no real leadership in this discussion, even with over 180 years to work through the issue.

Both sides wrestled with the notion of the student body inheriting ownership and responsibility for the past sins of the university. In reference to this question of shifted responsibility, Vice Speaker Patrick Walsh (SFS ’20) suggested that based on the fact Georgetown students attend an institution that once sold people, they must challenge themselves to ask, “To what do I owe this history?”

Former GUSA President Juan Martinez (SFS ’20) said that it is not a question of whether or not the university or the students have the responsibility, “because at the end of the day, we’re all part of this institution, so when we talk about who this this falls on, I think it falls on all of us.”

Another concern of those opposed to the referendum was the targeting of undergraduate students to pay these reparative fees. In response, several members of the GU272 Advocacy Team stated that their organization is currently in communication with the graduate students’ government with the hopes of implementing a similar measure. They stated that the overall goal was to make justice “equitable and accessible” by requiring contributions from all students.

Although there were many advocates of the referendum in the audience, those in opposition spoke out as well. One student stated that they would “love to see everyone in this room come out to a charity event,” and that encouraging communal morality is the way “you get people together…to push for change on an independent basis, not by forcing others’ point of view.”

The vote on the referendum will be held alongside the GUSA senate elections. To pass, 25 percent of the student body must vote yes on the referendum, and the yes votes need to be the majority of votes cast.

A previous version of this article improperly stated that GUSA held the town hall. The GU272 Advocacy Team organized the event. This has now been corrected. 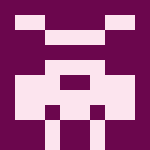