An Ode to Generation Z: Booksmart Adds Much-Needed Nuance to the Classic Coming of Age Story 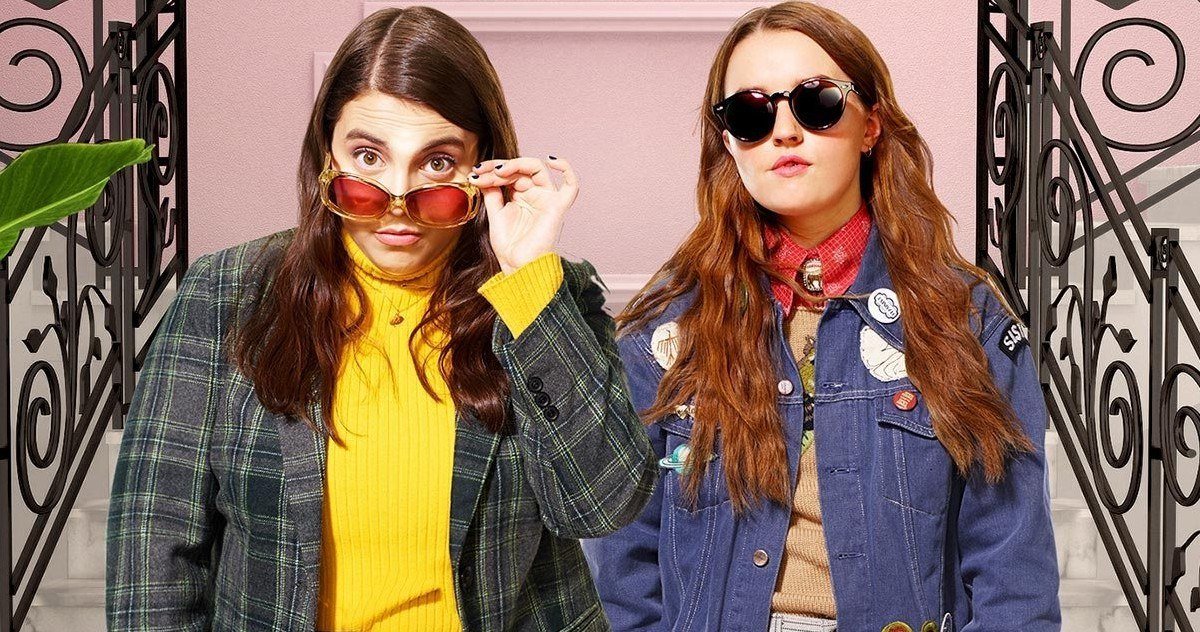 In a dingy, graffitied high-school bathroom in Booksmart, a student named Annabelle (Molly Gordon), who has been dubbed “Triple A” by her peers because of a rumor that she gave three guys “roadside assistance,” has some truth to drop. “I’m incredible at handjobs, but I also got a 1560 on the SATs,” she proudly proclaims.

Triple A’s declaration succinctly sums up Booksmart’s mission: to add some nuance to the classic adolescent coming-of-age story. The film, which is actress Olivia Wilde’s directorial debut, features a John Hughes-esque ensemble of angst-ridden teens, from the popular jock and the skater dudes to the theater kids and the bookworms. But Booksmart is no Breakfast Club (1985). There’s no single word that can describe these high-schoolers, and as Generation Z packs up their electric priuses and heads to college, Booksmart provides just the eclective crew that today’s young adults need.

Booksmart follows valedictorian Molly Davidson (Beanie Feldstein) and her best friend and salutatorian Amy (Kaitlyn Dever) through the eve of their high school graduation. Molly is bound for Yale in the fall, and Amy plans to volunteer in Botswana for the summer before enrolling in Columbia. The two are overachievers, but they are also raging feminists with idols like Sasha Obama, Joan of Arc, and Malala Yousafzai. On their last day of class, they saunter through the hallways with disdain for their peers and the general immaturity of high school, until Triple A’s bathroom announcement brings Molly to a shocking revelation: the students who partied on the weekends and blew spit wads in class were just as capable and intelligent as those who holed themselves up with a binder of homework every Friday night.

For a generation raised in the participation prize-era, this movie poses a common dilemma. Booksmart captures the catch-22 of high-achieving high schoolers in 2019: if everyone is smart and ambitious, can anyone set themselves apart? If Triple A and her friends are also heading to Ivy Leagues after graduation, did Molly and Amy sacrifice their entire high school experiences just to attain the same future as their peers? Rather than being enlightened and superior, as they believed they were, are the two just boring sticks-in-the-mud like their classmates believe? This realization sends Molly into a panic as she scrambles to have one night of wild high school fun before delivering the valedictory address the next morning, and gives Feldstein a chance to shine in her first leading film role.

Feldstein was born into show business (comedian Jonah Hill is her older brother), but made a name for herself in 2017 when she played Saoirse Ronan’s best friend in Ladybird. In Booksmart, however, Feldstein is no sidekick. She steals every scene with the comedic delivery of Tina Fey and the dramatic chops of Amy Adams. Perhaps it does a disservice to compare Feldstein to the greats who have come before her, because Booksmart proves that she is a once-in-a-lifetime talent. Feldstein portrays Molly’s aggressive, take-no-prisoners attitude without ever veering towards the sexist stereotypes of ‘bossy’ or ‘shrill’ that her character detests. She’s laugh-out-loud funny, but perfectly captures the deep insecurities of a girl who has already proven herself smart, but now must prove herself cool, an arguably more daunting task. Molly is a complicated character, and not every actress could pull off her extreme ambition and often judginess while remaining likeable. Feldstein rises to the task gracefully.

Feldstein’s performance is perfectly complemented by her costars. Dever is delightful as the awkward, recently outed lesbian Amy, who is trying to navigate the painfully tricky waters of her first crush while also mitigating her best friend’s occasionally off-putting zeal. Her groundbreaking sex scene is a monumental moment for queer women in media; the audience gets to see the clumsy escapades of a teenager trying to lose their virginity, but this time from the perspective of a lesbian. Even better, Dever’s character isn’t built around her sexuality: Amy is a complex, fully formed young woman who just happens to be gay, and her experiences are highlighted in a film that is not earmarked as explicitly an LGBTQ interest.

The supporting cast of Booksmart also harbors a few scene-stealers. Lisa Kudrow is a lovely surprise as Amy’s mother, who desperately tries to show her daughter that she supports her sexual orientation despite being deeply Christian. Eduardo Franco is hilarious as skater-dude-slash-tech-whiz Theo, and Diana Silvers smolders as the hot but biting Hope. The three best ensemble members by far, however, are Jessica Williams as the aptly-named hip, young teacher Ms. Fine, Billie Lourd as the mysterious and ridiculous drama queen Gigi, and Skyler Gisondo as Jared, a child of parents with lots of money and little time who tries so hard to buy friends that it hurts to watch. The group is a hodgepodge of sharp corners and soft edges, but they capture the complexities of high school and life after it effortlessly.

But Booksmart’s charm extends far beyond its actors. Dan the Automator’s soundtrack and score are incredible, jetting back and forth from Lizzo, LCD Soundsystem, and Anderson .Paak to Death Grips and Salt-N-Pepa. The best songs on the soundtrack come from relatively unknown names: Leikeli47’s “Attitude” and “Money” are welcome additions, as are IDER’s “Mirror” and Anjimile’s “Sonja Smokes Me Out”. Booksmart’s soundtrack will go down in history amongst classics such as Do the Right Thing (1989), Footloose (1984), and The Bodyguard (1992), and rightfully so. Like everything else about the film, it is a love note to Generation Z: We see you and the music that captures your experiences.

Wilde’s understanding of the youngest generation of adults is obvious, from her skillful use of social media in promoting the movie to the subtle details of shining Snapchat cameras during a pivotal argument scene and painful high school nicknames such as “Splinterdick.” The screenplay is sublime, with hilarious one-liners that prove that a film can be funny without being offensive, and exchanges so candid it seems like the writers peeked over shoulders at the text messages of real-life 17 year-olds. April Napier’s costume design is also spot-on, balancing occasional callbacks to Clueless (1995) and other teen classics with new, fresh clothing that could be spotted in the hallways of any high school in 2019. Molly and Amy’s matching jumpsuits and ascots for their big night of partying are sure to become iconic Halloween costumes for generations of teen girls to come.

Booksmart is more than a coming-of-age movie for young women. It is a masterfully written, directed, and scored film that happens to feature the experiences of young women, and it deserves a spot at all of the next year’s awards show. Booksmart does more than explore the murky waters of high school; it examines the human experience and complicates the way we understand one another. By asking difficult questions about the assumptions we make about one another in a beautiful way, Booksmart has already earned its place in cult-classic lore.