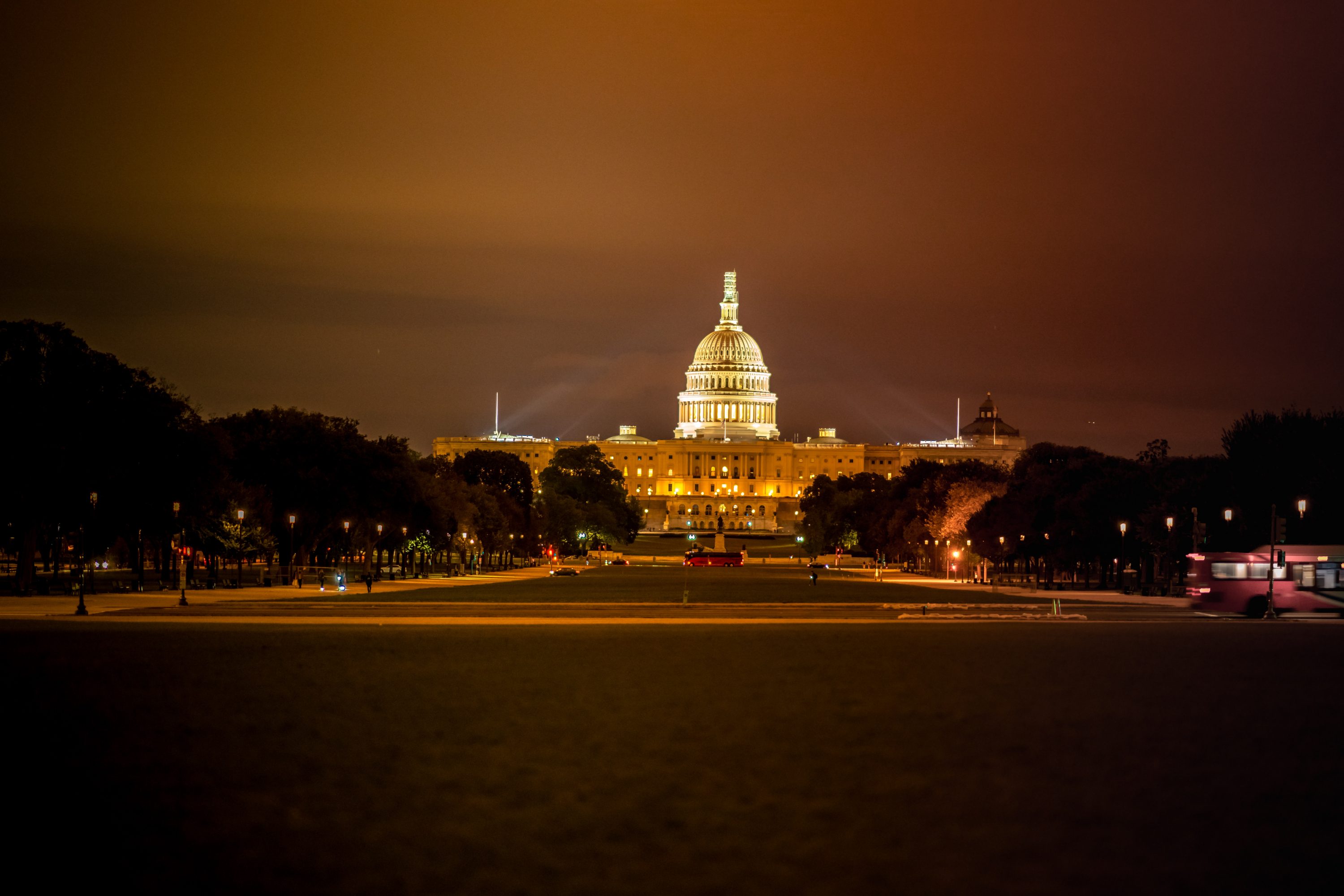 The U.S. Capitol at night. Photo courtesy of Heidi Kaden/Unsplash.

Early this June, D.C. councilmembers Robert White, Anita Bonds, and Brianne Nadeau introduced a bill that would decriminalize sex work in the District. The Community and Safety Health Amendment Act of 2019 is designed to remove certain criminal penalties for engaging in sex work in order to promote public health and safety. However, despite not yet having been voted on by D.C. residents, the bill is already being derailed by members of Congress through the egregious exercise of their oversight power.

This editorial board believes sex work in D.C. should be decriminalized, and that the D.C. Council should be able to do so without congressional intervention.

The 2018 federal laws, SETSA (Stop Enabling Sex Traffickers Act) and FOSTA (Allow States and Victims to Fight Online Sex Trafficking Act), at worst actively endanger sex workers, and at best strip sex workers of their community and agency. SETSA and FOSTA shut down Backpage, a classified advertisement website, and parts of Craigslist, dismantling platforms where sex workers could communicate with each other, coordinate work under safer conditions, and negotiate rates. As a result, sex workers were forced back onto the streets and into more physical danger. Eighty percent of such sex workers experience violence.

Written documents testify to the presence of brothels and prostitution in the District dating back to at least the Civil War. In the past, increased criminalization has not curbed sex work. In fact, between 2017 and 2018 sex work-related charges in D.C. actually doubled from 228 to 551 charges, despite the implementation of SESTA and FOSTA. The penalties incurred for engaging in sex work have become more severe while the levels of activity likely remain the same, making criminalization a failed deterrent.

The Community and Safety Health Amendment Act of 2019 has been supported and lobbied for by a coalition of sex workers and advocates, to increase safety and protections for some of D.C.’s more disadvantaged communities.

If sex work is decriminalized, sex workers would not need to fear arrest and would be able to access public services like healthcare. It would also be easier for sex workers to come forward when they witness human trafficking because they would not have to weigh self-incrimination against speaking up. Sex workers are some of the least protected members of our society and yet also some of the most vulnerable. They face high levels of violence and crime, yet are often unable to report it or protect themselves for fear of going to jail.

Shareese Mone, development A]associate at Helping Individual Prostitutes Survive and member of D.C.’s Sex Worker Advocates Coalition, said, “Assaults and robberies against sex workers and those profiled as such happen in part because the perpetrators believe they can get away with it. They can’t. Decriminalizing sex work reduces violence [and] protects sex workers.”

Sex work decriminalization is neither rare nor unusual. The proposed D.C. Council bill is modeled after a policy in place in New Zealand, which, in 2003, became the first country to decriminalize sex work. The policy has successfully allowed sex workers to receive protections from the government. Legislation introduced earlier this month in New York might make it the first state to decriminalize sex work, for the same reasons D.C. wants to.

D.C. is one of the most liberal jurisdictions in the country, with some of the strictest gun laws, strongest civil rights protections, and liberal policies like decriminalization of marijuana. However, as D.C. remains under the jurisdiction of Congress, any law passed in D.C. is subject to congressional approval before it is enacted. While D.C. residents only elect their sole congressional delegate, representatives elected from districts all over the country have the ability to decide the city’s laws.

Every year Congress is tasked with passing a bill that decides the D.C. budget, and every year amendments are added by representatives from other districts to try to overturn or prevent the passage of D.C. laws.

Early this June, Rep. Andy Harris (R-MD) introduced a rider to prevent the decriminalization of sex work in D.C., even though the D.C. Council hasn’t voted on the issue yet. It is egregious that a representative elected by another district has the right to attempt to regulate D.C. laws without any vote or agreement from the city’s residents. This rider was eventually voted down, as many representatives agreed that Congress has no business regulating D.C. laws.

When the D.C. spending bill moved out of committee at the end of June it had 5 riders attempting to override D.C. laws such as assisted suicide and a worker discrimination protection law. These were struck down on the House floor. Despite this result, we believe it is ludicrous that residents in other districts vote for representatives that can decide D.C. laws.The, fortunately defeated, sex work decriminalization rider is yet another example of D.C. residents lacking equal representation in Congress and full rights as U.S. citizens. This editorial board believes that D.C. should be a state. A D.C. Statehood bill currently in the House has 213 cosponsors—only 5 away from the number it would take to pass the House. Members of Congress should acknowledge the disenfranchisement of D.C. residents and vote to allow them rights over their own laws, including the bill to decriminalize sex work.