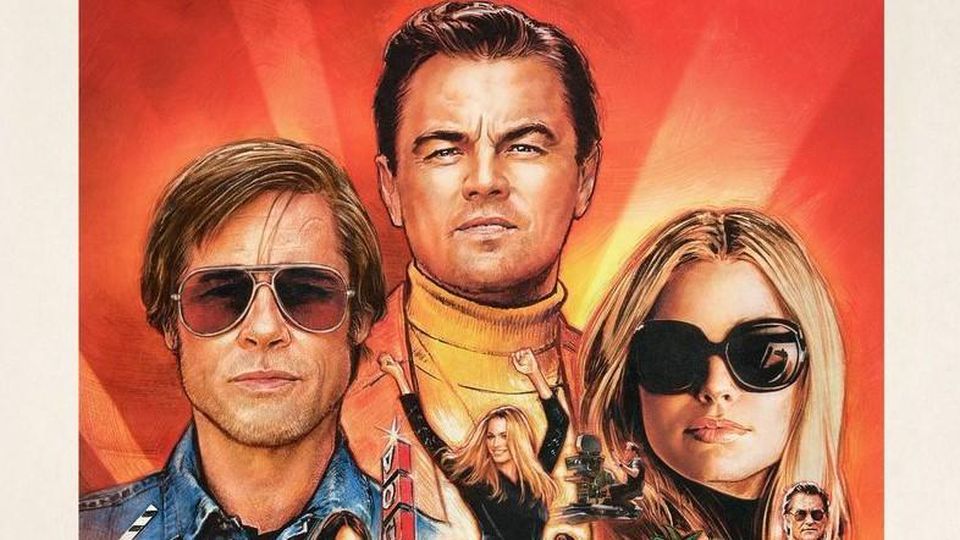 It is 1969 in Los Angeles and as the decade changes, the era of Classic Hollywood is coming to a close. The Hays Code, which created strict moral guidelines for movies, has fallen and studio control over filmmakers has faded away, ushering in the New Hollywood movement of the 70’s and 80’s. Director Quentin Tarantino has always had a fondness for Classic Hollywood and in his newest film, Once Upon A Time…In Hollywood (2019), he documents its ending and comments on its loss, following two nonconsecutive days in the lives of three main characters navigating this transition. Rick Dalton (Leonardo DiCaprio) is a fading TV and film star deciding how to transition from leading man to guest actor and star of less reputable Spaghetti Westerns from Italy. Cliff Booth (Brad Pitt) is his driver, handyman, and friend, who reminisces about the times when he could get work as a stuntman. Sharon Tate (Margot Robbie) is their next-door neighbor, an up-and-coming movie star and wife of one of the trendiest filmmakers in Hollywood. All three of their lives will be affected by the sinister cult of hippies led by Charles Manson (Damon Herriman).

Once Upon A Time…In Hollywood is a both a love letter to Classic Hollywood and a requiem for its passing. Tarantino clearly has a deep respect for this period of film history, and this movie acts as his attempt to recapture the spirit of that time. In practical terms, his appreciation manifests in a considerably more subdued tone throughout much of the film, replacing his typical irreverent bombast with melancholy reflection. This isn’t to say that the bombast is completely missing, but it only shows up in isolated scenes like the finale, a showdown with Bruce Lee (Mike Moh), and a visit to the Spahn Movie Ranch. Unfortunately, the meandering, vignette-style plot that Tarantino typically uses can’t quite handle the new tone.  Several stretches of the film, especially a narration-heavy segment at the beginning of the third act, feel drawn out and aimless, and although the finale is suitably explosive, it doesn’t disguise that with a nearly three-hour runtime, the movie feels too long. It’s refreshing to see Tarantino branch out as an artist and create a more mature and reflective story, but the end result is a less dynamic film.

The most obvious drag on the plot and the largest problem with the movie overall is its treatment of Margot Robbie’s Sharon Tate. Robbie is compelling in the role, but she is given absolutely nothing to work with by a script that only sees Tate as a factor in the lives of the men around her. Almost all of Robbie’s scenes, though technically framed around Tate, focus on men commenting about her or has the camera watching her silently dancing. Tate isn’t developed as a character, and the scenes involving her often end up feeling creepily voyeuristic or blandly empty. Beyond the inherent problems with giving a female character this little agency in her role, the inclusion of these empty scenes also bloats the run time and slows down the pacing, hurting the rest of the movie around her. Tate’s storyline would have been better served if she was either treated as a fully developed character like Booth and Dalton or a cameo hinting at the end of the movie, like her husband, Roman Polanski (Rafal Zawierucha) and Charles Manson. Instead, she exists in an awkward anti-Goldilocks zone, both too much and too little for the movie she is in.

Despite these problems, this is still a movie created by Quentin Tarantino, with all the stylistic quality that his directorship signifies. Once Upon A Time…In Hollywood (2019) evokes an amazing sense of time and place, recreating not just the spirit of the 1960s but specifically the world of a Hollywood steeped in movie lore. The cinematography, production design, and soundtrack are fantastic, but by far the most interesting aspect of the world building is the myriad of film references included in the film. Savvy movie viewers will notice both obvious Easter eggs and stylistic homages that draw the audience deeper into the world that the film has created. Tarantino has always been a massive film geek, and this movie allows him to show that off more than any of his prior films.

The actors are also universally great, particularly the two main leads. DiCaprio, in his first role since winning an Oscar for The Revenant (2015), perfectly executes both his own great acting and Rick Dalton’s less talented work. Pitt, meanwhile, is allowed to relax a bit more, imbuing Cliff with an effortlessly relatable cool that balances out Rick’s high-strung tendencies. Both of these performances are phenomenal, and it wouldn’t be surprising if the two picked up Oscar nominations. The breakout star of the film, however, is Julia Butters as a young actor on the set of Rick Dalton’s new Western. The 10-year-old actor steals every scene she appears in, handling Tarantino’s stylized dialogue with ease and holding her own amongst much more experienced movie stars.

There are several other noteworthy elements of the film, but most of them boil down to “it’s a Tarantino movie.” At this point in his directorial career, the stylistic qualities that make up his brand are well known. The dialogue is witty, the performances excellent, the plot unconventional, the violence both funny and gory, and there are an uncomfortable number of shots of actresses’ feet. Once Upon a Time…In Hollywood (2019) lives up to all of these expectations and represents another solid addition to Tarantino’s filmography. Unfortunately, pacing issues and poor treatment of one of his lead characters mean that it does not quite live up to his best works. It is certainly still an enjoyable movie, and one of the more interesting offerings to come out this summer, but when compared to films like Pulp Fiction (1994) or Inglorious Basterds (2009), it comes off as a rather bland movie from a very talented director. 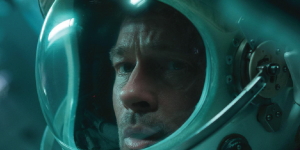 Ad Astra is Both Alienating and Deeply Human 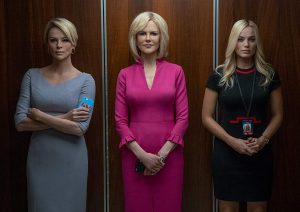 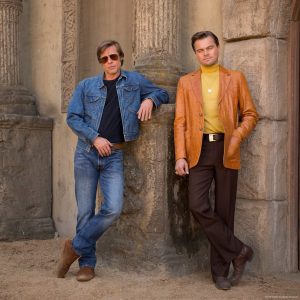