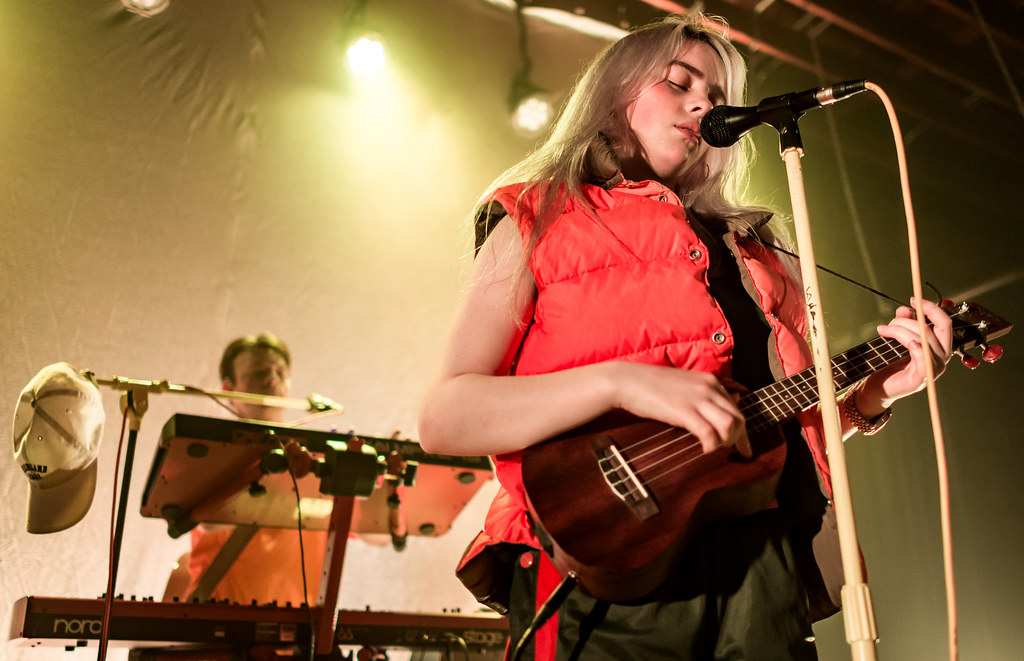 Olivia Gatwood’s “When I Say That We Are All Teen Girls” is one of my most favorite poems of all time. If you do not know me, you might not know that I spend about 60 percent of my daily words talking about Teens and why I think they are so important. To be young and concerned with everything, with the world around you, with the world inside of you, and to let that concern bubble up to the surface so consistently, so unabashedly, so plainly—I think it is one of the most spectacular and special things there is. Gatwood develops a sprawling and epic ode to this vision: “Teen girls, who are our most distinguished professors. Who teach us to bury the burst until we close our bedroom doors then cry with blood in the neck, foot through the door, face in the pillow. The teen girls who teach us to scream.” The poem recognizes teenhood not simply as age, but as a dynamic and trait that transcends the 13-19 bracket—teenhood becomes Teenhood: expansive, exalting, and all consuming.

I think Billie Eilish’s debut album, When We All Fall Asleep, Where Do We Go (2019) is effortlessly and wonderfully Teen. This is one of the highest compliments I know how to give. I know this seems easy to say, with Eilish’s age being such a focal point of the coverage concerning her music, but that’s not really what I mean. I am referring to Gatwood’s vision of the Teen. The way the record jumps from internal dialogue to internal dialogue, from character to character, with Eilish delivering deeply compelling, nuanced performances.  She excavates comfort within these various personhoods, offering an expertly and complexly developed portrait of how and when we choose the type of person we’d like to be. This is backed by a sparse, haunting, and original production executed by Eilish’s older brother, Finneas O’Connell. Each song feels like a duet between Eilish’s performance and O’Connell’s production, both leaning so heavily upon one another that it all becomes effortless. There is perhaps nothing more Teen than this.

It is a crime that the opener of When We All Fall Asleep has so few streams compared to the rest of the project. “!!!!!!!” might seem like a throw away opener, some small, silly moment captured between Eilish and her brother during the creation of the album, but it actually does a lot of work to define the trajectory of the record as a whole. The slurping noises of the Invisalign being removed are curdling and crunchy, only to be punctuated by some humor from Eilish and a laugh from O’Connell. What could be a better microcosm of the album than this? The comradery between these siblings and co-creators, fueled by Eilish’s youthful, creative dexterity and deeply nuanced performance, supported by her brother’s haunting and sparse production. Their laughter rises and tilts until it becomes borderline manic, and suddenly—halfway to resolution—we are thrust into the first track. Amid every fit of laughter between friends exists a moment of mania, and these are the moments the album captures: Who we are in between who we’d like to be and who we think we are.

The most marked trait of the album is how it deals with scarcity. From its lyricism to its production, the album is concerned with creating absences and then filling them. Eilish whispers her way through most of her lyrics, each silent distance drawing the listener deeper and deeper into whatever character she’s playing. O’Connell’s production accentuates this choice. Creeping and cavernous, each song feels crooked, never quite moving in the direction it should Like the claps on “bad guy” that are just barely out of sync, or the pitched up vocals on “8”—the whole album teeters, consistent in its uneasiness.

The sparse nature of the production and performance requires a great degree of nuance which both Eilish and O’Connell nail. The album is saturated with samples of ambient noise and unexpected sounds, like the crickets in the background of “when the party’s over,” or the anxiety producing alarm clock in “bury a friend,” or even the tongue-in-cheek inclusion of samples from The Office in “my strange addiction.” O’Connell is developing highly complex worlds with simple and strong choices all throughout the album. Each track is tethered to the other with a few simple sounds and effects like the sunken bass of “bury a friend” or the deep fried, vibrating vocals of “xanny.” Similarly, Eilish is developing a deeply complex character within those worlds, or perhaps more accurately a multitude of characters which all point to one body.

Eilish slips into each track with varying degrees of comfort, developing a cast of characters that all seem to exist within the same person. Who hasn’t wanted to be both the seductive villain of “bad guy” and, simultaneously, the heartbroken crooner of “i love you?” The tenuous connection between each track’s internal monologue is Eilish’s own personhood. Rather than a full embodiment of each speaker, Eilish tries each costume, ill-fitting or otherwise, and, by the end of the album, we are able to piece together a portrait of Eilish herself from beneath the various masks we’ve watched her try on. We see lines from each song on the album flow into and around one another on “goodbye,” the last track of the record. Each line is delivered with a muddled, disassociated mumble from Eilish. The phrases, mostly the hooks from other tracks, echo and bounce off of the production and each other. Every character that Eilish has embodied throughout the album is presented here, each with their varying degree of accuracy to Eilish’s actual personhood, all ambling for control. When enough personas have been thrust upon you it can be difficult to exit the fray, every grain of truth eroding the whole. To contain multitudes is one thing, but it is just as easy to feel contained by them. Yet still, standing at the center of it all, is Eilish.

Being 17 is one of those very complicated, devastating blessings of life. There are so many things to cling to and so many things to watch slip away. I don’t know what it is to be an international sensation, or to have hit songs reach the charts, or to sing to thousands of adoring fans, but I do know what it is to be whiteknuckling so many versions of myself that I struggle to decide which is the most real. I continue to feel that way most of the time. Maybe they’re all equally real, but it doesn’t make them feel any less swallowing. Eilish has produced an album that perfectly captures that uneasiness of having to choose who you are, excavating the particularities of that choice and how it intersects with both our own internal realities, and the performative reality of being a person. She and her brother clearly have a deep-seated understanding of one another’s styles, their products so in sync it seems to be traveling from one body. This, I think, is very Teen: to be excavating the world and yourself in conversation, and to do it alongside someone who listens and who you listen to. I am so grateful for the Teens of the world and the beauty they produce. For my friends and their loving, rolling eyes. For my older brother and his uncapped passion. For Finneas. For Billie. For every Teen who has exemplified what it is to care so deeply that caring becomes you—who has taught me to care that way. I am all care. I am all gratitude. I am all Teen, all 21 years of me, splendid and terrible, and I can’t wait to see what you do. 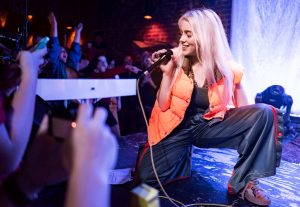