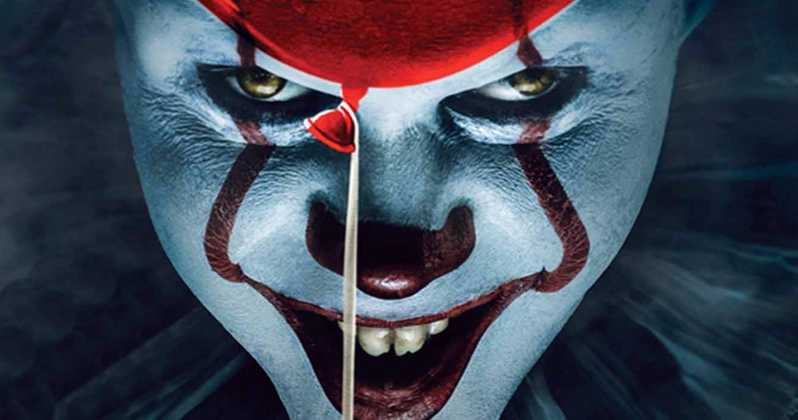 Twenty-seven years have passed since the Losers Club had to face off against the child-eating shapeshifter known only as It. In that time, they’ve grown up and left their hometown of Derry, Maine, to lead successful lives, overcoming the trauma inflicted upon them by that evil, dancing clown. But It never died. It is back, terrorizing their childhood town and threatening to ruin the lives of a whole new generation of children. So, the Losers Club must reassemble, return to Derry, and kill It once and for all. Thus begins It: Chapter 2 (2019), an in-depth exploration of the dangers of nostalgia and its power to warp memory cloaked in a horror adventure about a terrifying clown.

The only problem is that most of the Losers Club doesn’t remember what happened the first time they fought It. With the exception of Mike Hanlon (Isaiah Mustafa), who never left Derry, each of the Losers has slowly forgotten the small town where they grew up and the many horrors that shaped them into their flawed adult selves. When they first return home, all the good memories come flooding back, but that isn’t the whole story. In order to beat It, the Losers have to remember everything, both the good and the bad, and reckon with the unresolved issues from the past that still haunt them in the present.

In the town of Derry, memory conceals as much as it reveals, hiding trauma and preventing characters from fully growing up. Bill Denbrough (James McAvoy) has become so fixated on the loss of his little brother that he’s forgotten the bond that held them together. Beverly Marsh (Jessica Chastain) can’t seem to escape from violent relationships with men who resemble her father. Ben Hanscom (Jay Ryan) still harbors childhood insecurities, despite his physical transformation and financial success. The other Losers, Richie Tozier (Bill Hader), Eddie Kaspbrak (James Ransone), and Stanley Uris (Andy Bean) are all trapped by fear: fear of their identities, fear of the world, and, of course, fear of It. In each case, events from their childhood that they want to forget must be confronted if the Losers want to defeat It and survive adulthood. Their young lives were defined not only by riding bikes and swimming in quarries, but also by secrets, lies, jealousy, regrets, and abuse at the hands of both Pennywise (Bill Skarsgård) and many adults in Derry.

Although the film’s critique of nostalgia as a whole is quite effective, it falters when addressing how this applies to more immediate political issues. Mike, the only black member of the Losers Club, has clearly been affected by racism, but the film sidelines this aspect of his story so that he can act as a mystical guide to the other, white, Losers. It’s sad to see this common, racist trope perpetuated in the film. Similarly, Beverly’s domestic abuse storyline features strongly in one early scene, but is then forgotten. It: Chapter 2 confronts homophobia more consistently, but even its treatment of this issue comes with a caveat. One of the Losers is gay and has been hiding it from his friends because of the brutally violent homophobia that runs rampant in Derry. His entire storyline is based around this hidden identity, while Pennywise, who also participates in horrific hate crimes against Derry’s LGBTQ residents, taunts him for being too scared to come out to anyone. When the film reaches its climax, however, his storyline is left unresolved. Each of the other Losers gets the chance to confront their particular trauma except him, as that plotline evaporates into the bombast of the finale. It’s a jarring lack of resolution that serves to highlight the movie’s difficulties in handling the stories of anyone who isn’t straight, white, and male.

In spite of these flaws, It: Chapter 2 is mostly an exciting movie with a lot to enjoy. The horror scenes are well executed, slowly building tension before exploding in terrifying jump-scares. Pennywise is an ideal villain for dynamic horror filmmaking, eschewing the silent horror villain stereotype to verbally assault his victims before killing them. He knows how to play on people’s fears and insecurities, luring them into making bad decisions or elevating their already extreme terror. Where some of the horror scenes suffer, however, is in showing too much of the villain. The movie is scariest when It is just out of focus, hidden by shadows or lurking eerily in the background of the otherwise tranquil cinematography. Unfortunately, director Andy Muschietti abandons that subtlety in later sequences of the film, over-exposing It’s many forms and removing some of the creepiness from the character.

But the horror sequences are only one part of a film that is interspersed with important character moments and a surprising amount of comedy. The adult cast does a fantastic job of capturing the essence of their younger co-stars, believably acting as mature versions of their characters even when there isn’t much physical resemblance. Hader, in particular, has a standout performance, stealing every scene he’s in with a mix of serious dramatic acting and impeccable comedic timing. Some of the various plot elements don’t always mesh very well, with several dropped plotlines and a slightly absurd finale marring the end product, but overall the film is enjoyable, breezing through its nearly three-hour runtime.

It: Chapter 2 may have some issues, and it doesn’t quite live up to its 2017 predecessor, but it is still a satisfying conclusion to the It film series. The film’s commentary on memory is important and, frankly, rather surprising from a franchise thats appeal is so heavily based on nostalgia for the 1980s. In an age where much of our pop culture is based on referencing cultural properties from the ’80s and ’90s, it’s nice to see one suggest that those decades weren’t always all that great. Even if it doesn’t quite manage to apply its critiques to more specific issues, It: Chapter 2 is still an engaging movie with a clear message: sometimes the good old days weren’t so good after all. 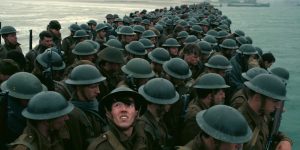 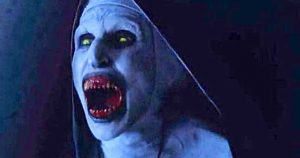