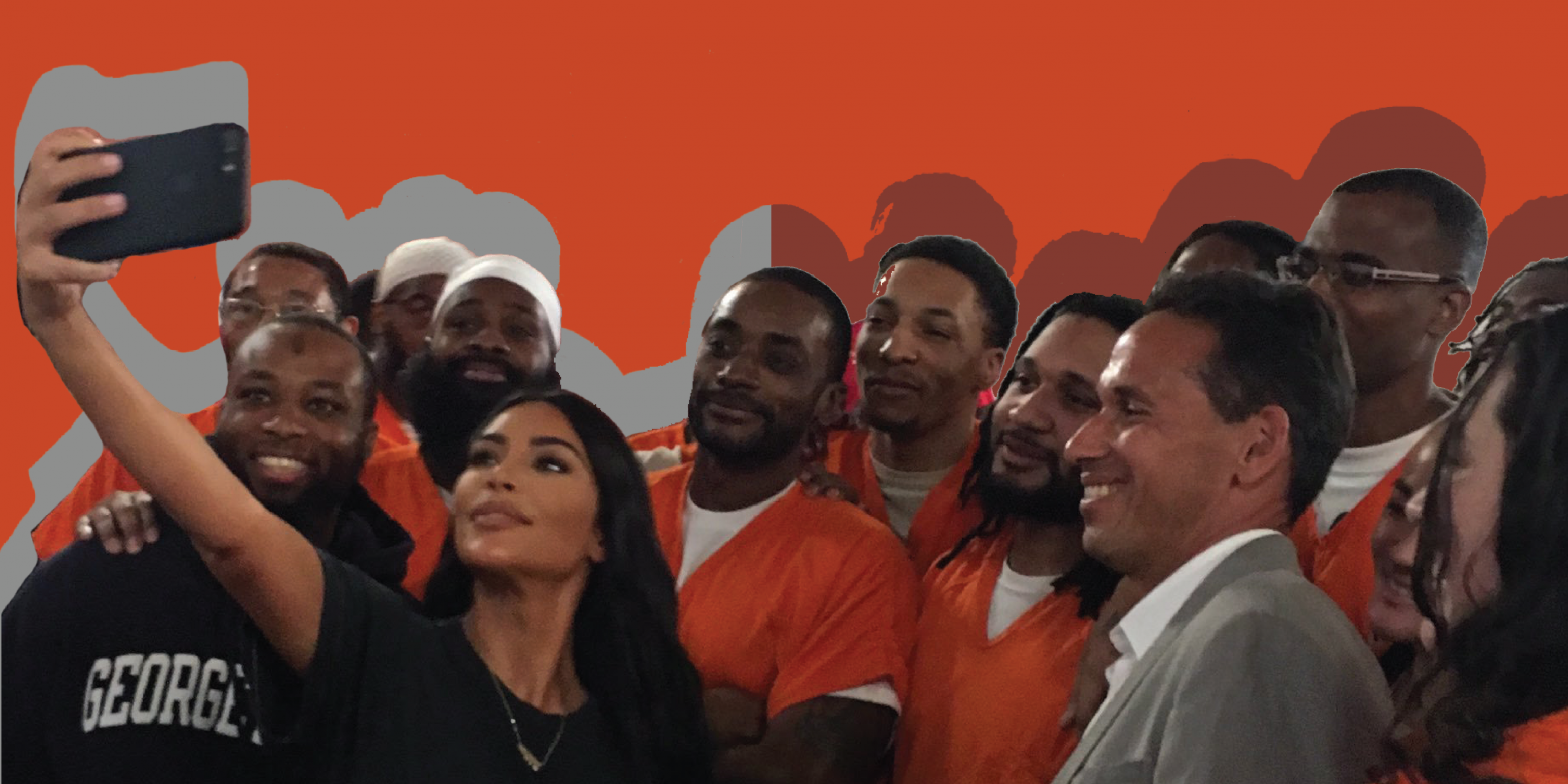 While he started his career at Georgetown as a professor of European politics, Marc Howard (LAW ’12), has taken on a new role as an advocate for criminal justice and prison reform in America. Howard’s childhood friend, Marty Tankleff, was wrongfully convicted of the double murder of his parents and sentenced to 50 years to life in prison. After Tankleff had been imprisoned for 17 years, he and Howard rekindled their friendship. The renewal of their relationship drove Howard to pursue a law degree so he could work to exonerate him.

“We started writing letters, and talking on the phone and I started visiting him. I felt overwhelmed with this desire to help him get out of prison. So I started meeting with his lawyers, I wrote a brief as part of his appeal,” Howard said. “It just took over my life. It got to the point where I decided I was going to go to law school to get him out of prison.”

Even though Tankleff was exonerated in December 2007, Howard continued down the path that would eventually lead him to found Georgetown’s Prisons and Justice Initiative (PJI), a program that focuses on criminal justice and prison reform, with regard to mass incarceration.

“I couldn’t go back and be like ‘Oh Marty’s out so now everything is fine,’” Howard said. “Because through working on this case, and getting involved, I realized everything is not fine. Not just in his case, but all over the place.”

When it comes to incarcerated populations, America vastly outpaces other countries. According to the World Prison Brief, the United States incarcerates more people than any other country—over 2.1 million individuals. By comparison, China, the country with the second highest prison population, jails nearly 1.65 million people despite having a population four times larger than that of the United States. According to a study conducted by the U.S. Department of Justice between 1974 and 2001, “about 1 in 3 black males, 1 in 6 Hispanic males, and 1 in 17 white males are expected to go to prison during their lifetime, if current incarceration rates remain unchanged.”

Howard recognizes significant flaws in the American system—beyond wrongful convictions, mistakes, and misconduct—which might explain why the U.S. prison population is so large.

“Even [for] people who did commit the crimes they’re convicted of, our prisons are nightmares,” he said. “The sentences are far too long. We don’t give people a chance of getting parole and getting out of prison. We don’t support people when they do come home.”

Howard had these concerns in mind when he became the founding director of the PJI, which aims to address some of these systemic problems.

Several projects fall within the PJI. For one, the Georgetown Prison Scholars Program at the D.C. Jail creates opportunities for incarcerated people to take credit-bearing Georgetown classes, “which provides them with a pathway that could allow them to graduate with a Bachelor’s Degree from the university,” Howard wrote in an email to the Voice. The program also offers a non-credit-bearing lecture series frequently attended by over 50 incarcerated individuals.

Additionally, the Pivot Program, which just graduated its first class this summer, provides returning citizens with the opportunity to pursue a certificate in business and entrepreneurship. The yearlong program includes both educational and workplace support.

Aliyah Graves-Brown (COL ’17), one of Howard’s former undergraduate students, serves as the program coordinator for the PJI. She believes the initiative helps humanize currently or formerly incarcerated individuals, which she says benefits the entire D.C. community.

“What is really valuable to me specifically in this role, is telling individual stories—is getting to understand the circumstances that, particularly in D.C., young black and brown girls, and mostly boys, [face] just really unfortunate circumstances that are in a lot of ways are very much so outside their control,” she said. 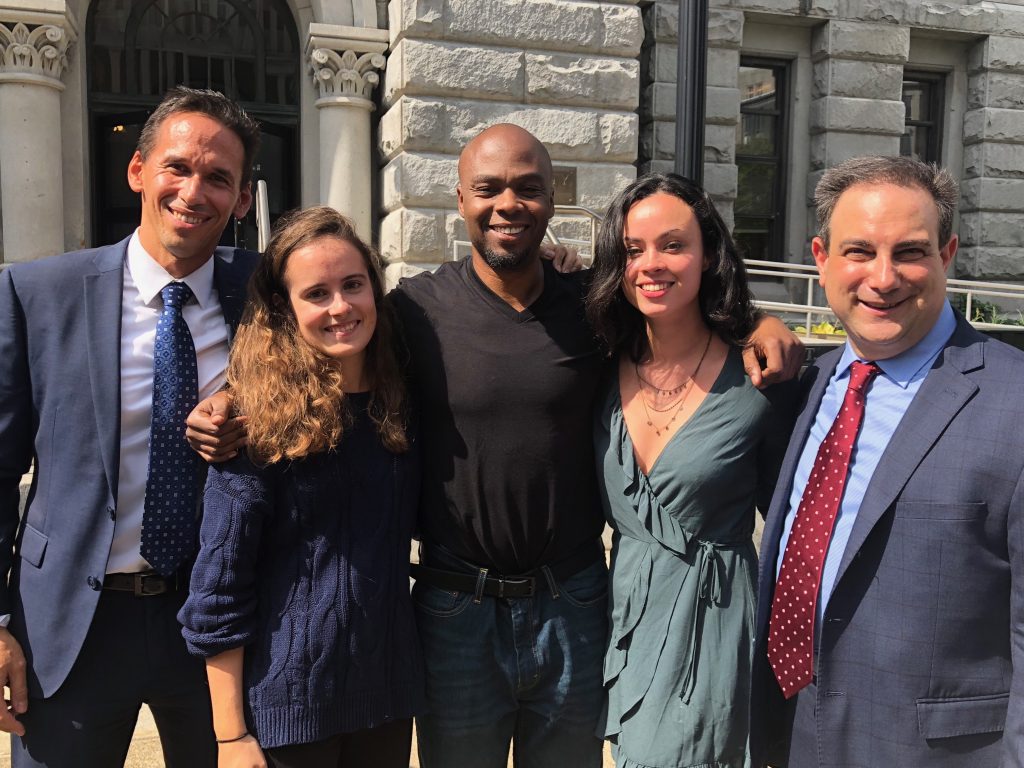 A recent study published in Socius, the American Sociological Association’s research journal, revealed that 45 percent of Americans have, at some point, “had an immediate family member incarcerated.” Notably, this figure varies along racial lines, affecting 63 percent of African-American, 42 percent of white, and 48 percent of Hispanic families.

In a country where nearly half of families feel the impact of mass incarceration, the PJI aims to support local communities touched by the criminal justice system, paving the way for holistic community growth and prosperity.

“We’re preparing people to come home, we are honoring and valuing the work that people have done to transform themselves, to turn their lives around, and to just play a positive role in their community,” Graves-Brown said. “When we are giving people the tools to be successful, we’re better off—everyone is better off. The community is better off.”

Since its beginning in 2016, the PJI has grown into the robust program it is today. Howard recalled that University President John DeGioia and several Jesuit priests welcomed his proposal for a criminal justice program at Georgetown. “I got a green light from the very top of the university—not an unconditional green light,” he said. “But a very supportive green light to think about breaking new ground and creating new programs, developing new models and concepts that have never even been done before.”

This institutional support is mirrored in the university culture. That is to say, Howard sees Georgetown as a “natural fit” for criminal justice and prison reform projects like the PJI.

“I think that Georgetown is a place that really, more than any other university in the country, values people—teaches its students to care, to get involved, to really have a life obligation of helping others. Other schools that are wonderful, including the one that I went to, have something, but not really in the same way. And I think it’s a really special connection that Georgetown has with these issues,” he said.

Following the success of Georgetown’s programs, other institutions have reached out to Howard, hoping to emulate similar efforts in criminal justice reform. While this is a positive step in tackling the issue, Howard warns of the potential risks of underdeveloped programs.

“I do worry about it all being diluted and not being done as well,” he said. Despite his concerns, Howard recognizes the importance of teamwork in tackling such a wide-sweeping issue in American society. “At the same time, we’re all part of the same movement and we’re willing to partner and talk to and help anyone who I think is seriously, sincerely committed to this cause,” he said.

Howard appreciates anyone endorsing the cause—including reality TV star and fashion mogul Kim Kardashian. Now pursuing a law apprenticeship, Kardashian publicly advocates for criminal justice reform. Her involvement also helped lead to the release of Alice Marie Johnson, who was set to serve life in prison for a drug offense before President Donald Trump commuted her sentence in June 2018.

As one of America’s most prolific celebrities, Kardashian often falls victim to criticism, but because of her advocacy, Howard believes she provides a positive influence. In fact, this past July, Kardashian met with Howard to discuss the issue, a meeting which left him impressed with her dedication to criminal justice reform.

“I’ve got to say I am fully convinced by her sincerity, her passion, her dedication to this cause,” Howard said. “I’m a positive, optimistic person, but at the same time when I am meeting somebody, particularly somebody who might have an agenda, I’m going to feel them out and be cautious.”

A hidden agenda, however, wasn’t the case for Kardashian. “I just got complete, genuine engagement from her. It was wonderful.”

Based on her recent efforts in criminal justice reform, Kardashian will air a documentary on Oxygen, an NBCUniversal channel. She interviewed Howard for the documentary, during which the two spent the whole day together, meeting in his home and later going to a D.C. jail.

Howard will also chronicle his government class, titled the Prison Reform Project, and its accomplishment in a documentary series to be released on a major network. Applications for the spring semester class closed in August. The course offering was met with great enthusiasm from students hoping to join the class. Howard said that he received “nearly 100 applications,” all vying for the 15 spots in the class. Previously, this class has received between “30 to 60” applications. 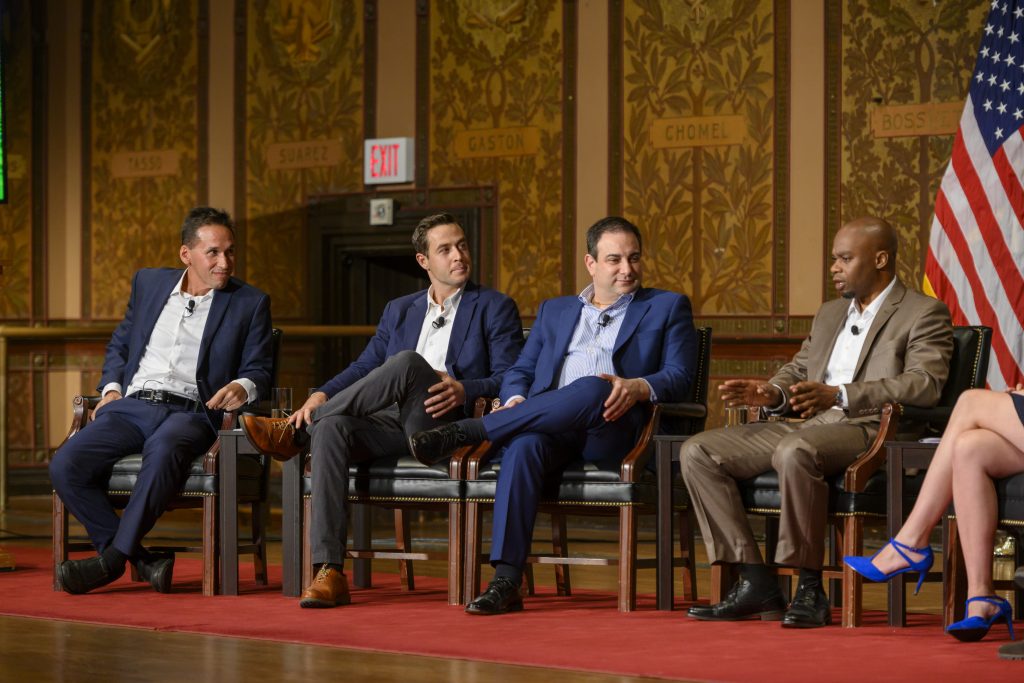 The class made news last year for its role in the exoneration of Valentino Dixon, who was imprisoned for 27 years for a crime he did not commit. The two still talk regularly, with Howard sitting as a board member of Dixon’s Art of Freedom Foundation, which, its website says, aims to highlight the accounts of wrongfully convicted individuals while working “with lawmakers to achieve prison and sentencing reform.”

Austin Riddick (COL ’20) has been engaged with criminal justice issues since his freshman year. He mentors through the PJI Pals, a program which pairs Georgetown students with children whose parents are incarcerated. For Riddick, these avenues into criminal justice reform have been transformational.

“I think it really has shown me what my purpose is—to be involved in advocacy with this particular population and trying to empower people to empower themselves, who are unbelievably marginalized,” he said. “It’s been the highlight of my college experience.”

In fact, Riddick’s experiences working with Howard have inspired his future career path, making him the first in his family to pursue law school. “After taking his class and working with him it’s really inspired me to take the leap and start studying for the LSAT and applying to law school,” he said. “I was interested in criminal justice reform before I got to college, but really, it was working with Marc that really solidified the fact that that is what I want to do with my life.”

Howard believes it is committed students like Riddick participating in the PJI that have allowed the program to make strides in criminal justice and prison reform. And while the work is very much ongoing, Howard is proud of the accomplishments Georgetown has already achieved. “Georgetown’s programs are growing and booming and thriving. It’s amazing what we’ve done in just a couple years—creating programs that have got tremendous attention within D.C. We work closely with the D.C. government. I don’t think there’s any university who works with its own community in this way,” he said.

And by engaging with the greater D.C. community in this capacity, Howard feels he has found his life’s calling. “It’s just something that I just absolutely love,” he said. “I love just getting people to realize that there’s a deeper level of humanity, that the world isn’t just about good and bad. We’re all complex. We’re all flawed. We all make mistakes.” 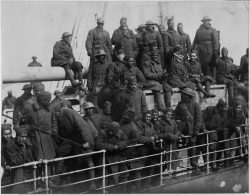