As Revenge of the Dreamers III topped the Billboard charts over this past summer, Dreamville producers and rappers, EARTHGANG, took their talent back to the studio. On September 6th, EARTHGANG released their third studio album, Mirrorland (2019), effectively asserting themselves as one of the most talented new groups in Atlanta, Georgia. Originally gaining notoriety from their songs “Meditate” featuring J.I.D. and “Wells Fargo” from Revenge of the Dreamers III, EARTHGANG has leveled up on this new release.

Mirrorland’s intricate beats immediately place a spotlight on the unique and dynamic abilities of both members of the group, Johnny Venus and Doctur Dot (also known as Olu and Wowgr8). Their rhyme and rhythm melds soulful reflection and southern trap together as Venus and Dot outline the group’s experience in their home city of Atlanta. The two met on a ninth grade field trip and have been making music ever since. In line with Atlanta’s hip-hop history, EARTHGANG pushes the boundaries of the genre with their presentation, instruments, and lyricism but still manages to emphasize their individual strengths. According to Genius, member Johnny Venus said, “Atlanta is the Land of Oz. It’s black people just being unafraid and unapologetically creative.”

In fact, one can hear the heavy influences of Southern Hip-Hop legends throughout the whole album. Songs such as “Trippin (feat. Kehlani)” sound like they could be taken off of an old Outkast CD, while others like “Bank” have such strong modern trap influence that one almost expects Dababy to rattle off a verse.

EARTHGANG has not only blossomed into a powerful new creative force in the hip-hop world, but has done so with a poeticism and poignancy comparable to that of fellow Dreamville artist, J.Cole. For example, on the cautionary tale of “Swivel” Johnny Venus raps:,

“No, we not Jamaican, my sir, but we all was robbed, hah

Should’ve kept my head on a weave and bob

I’d rather be dead than to weep and sob

So we solve any major prob with the quick resolve”

Venus’ four lines encapsulates the whole message of the song. The Jamaican stereotype of hairstyles and Bob Marley allude to a generalized black experience. The next two lines explain the consequences of such a mindset, referencing gang and gun violence.

Another popular song on the album, “Bank” has a much different sound, but the clever references continue to flow. On this upbeat trap-drum heavy song, Doctur Dot spits, “Coast to coast / All I know, ain’t no SpottieOttie, sorry bro (My bad) / Gettin skull, ain’t no scoliosis, straight up with you (Straight up with you).”

All I know, ain’t no SpottieOttie, sorry bro (My bad)

Though these bars may have less of a political or social message, Dot references the legendary Atlanta group, Outkast, and their song “SpottieOttieDopalicious,” known for its slow, jazzy melody and lullaby-esque sound. The next line simply proves their ability to write bars about nearly anything, including medical diagnoses.

This is not EARTHGANG’s first or last adventure into the Hip-Hop world. They have released two previous albums, four EPs, three mixtapes, and four collaboration albums—one of which being Revenge of the Dreamers III. Despite these numerous releases and hard work, Mirrorland is shaping up to be their most successful and possibly their “big break.” EARTHGANG has also long worked with another group known as Spillage Village, which includes names who have also recently risen into fame such as J.I.D., 6lack, and Lute. Though these artists do not appear on Mirrorland, the album does feature names such as Young Thug, T-Pain, Kehlani, and more who contribute their own multi-faceted words and performances to the 55-minute run-time. The album’s production is also supported by numerous other Dreamville artists including J.Cole, Ron Gillmore, and Elite.

This is EARTHGANG’s first studio album with their new label, Dreamville, and they did not let the opportunity go to waste. Each song is an individual piece that presents a different perspective on the ‘Oz-like’ city of Atlanta. This much-awaited compilation makes years of hard work and dedication worth every second, and their success all the more deserved. As Johnny Venus says on the opening song of the album, “Lala Challenge,” “I been writing this album damn way too long.”

After hearing their multidimensional talent throughout both Revenge of the Dreamers III and Mirrorland, there is a promising future ahead for Venus and Dot. It might take courage, smarts, and a lot of heart, but EARTHGANG is here to stay, as long as they follow the yellow brick road. 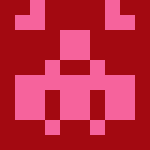 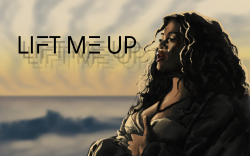