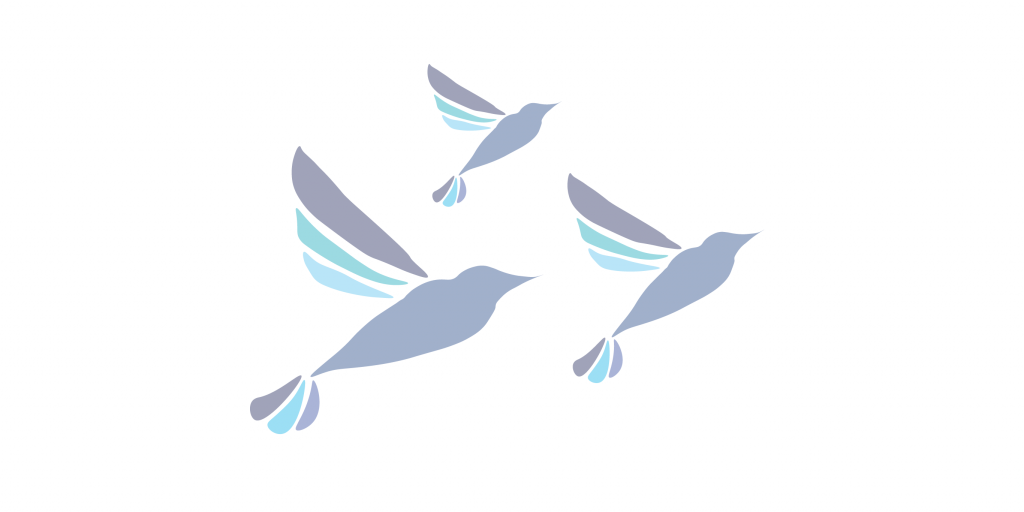 When Caroline Schauder (SFS ’20) began her freshman year at Georgetown, she thought she was doing fine. However, innocuous questions about what her parents did and why only her mom came to parent and family weekend affected her more than she had anticipated. This was the first time since middle school that the people around her didn’t know her father had passed away from pancreatic cancer, and she realized that she felt disconnected from her peers.

“I think the thing with grief, and especially in college, is that it can be a very isolating experience,” Shauder said. “You can kind of feel like you’re the only one going through this.”

As a way of coping, Schauder helped revitalize Georgetown’s chapter of Actively Moving Forward (AMF) in 2017, one of more than 200 chapters at universities around the country. The first, incidentally, was formed at Georgetown in 2004, but it had become defunct by 2015. Each chapter functions as a discussion group, a service initiative, and a community for students experiencing grief.

AMF is not meant to replace professional counseling. Instead, it lets students who are grieving be more vulnerable and honest about how they feel while in a comfortable environment. “It’s a very individual thing,” Schauder said. But the group makes it easier to cope. “It just makes it feel less scary.”

The group meets every other week, often with food. “It’s really just a designated time for people to come together and just talk about what’s on their minds,” said Schauder. “Things that aren’t necessarily pressing, but things you wouldn’t really say to your friends—it’s just people who understand the situation. It’s kind of a release.”

As a service group, AMF tries to support causes that are important to its members. Last year, AMF participated in a walk on the National Mall, hosted by the American Cancer Society. “It’s a chance to do something that’s meaningful to you, and have other people and friends that support you,” Schauder said.

That desire—for a community whose members understand what it is like to lose a family member—led David Fajgenbaum (NHS ’07) to create AMF during his sophomore year. Fajgenbaum was a freshman on the football team when his mother, Anne Marie Fajgenbaum, whose initials were the origin for the “AMF” acronym, passed away.

“I was so surprised to learn about how many of my classmates had also experienced similar losses, but none of us felt comfortable sharing about it with one another,” Fajgenbaum wrote in an email to the Voice. “I wanted to create an organization for college students to talk with other students who ‘get it.’”

What started as meetings of around 10 students grew to involve 400 members of the Georgetown community, and led Fajgenbaum and his best friend Ben Chesson to turn the chapter into a national nonprofit organization, National Students of AMF, in 2006.

“AMF gave me a network of people who understood what I was going through that I could connect with, it also gave me a connection to my mom,” Fajgenbaum wrote. “Currently, it has enabled me to stay connected to my mom and her legacy even though she passed away 15 years ago.” Fajgenbaum still serves as a board member of AMF’s national organization.

Over time, interest fizzled, and the club was no longer active at Georgetown by 2015, although the national organization remained.

Elvelyn Fernandez (COL ’20), current president of AMF, started looking into re-creating the club on campus after Fajgenbaum was a guest speaker in her Ignatius Seminar in 2016. Fernandez, whose mother is fighting cancer, found that the college environment made dealing with her feelings especially challenging. “It’s hard being a student—especially at Georgetown—going through grief because you really try to prioritize your schoolwork or your other extracurricular activities,” Fernandez said. “It just makes people feel as though grieving is not a priority.”

Fajgenbaum put Fernandez in touch with the national director of AMF, and with the help of two friends, she applied for New Club Development.

In the spring of their freshman year, a professor recommended they seek out an advisor at the Center for Social Justice (CSJ), who helped them apply for the club to be housed there. The four students went through the New Club Development process, writing proposals and tracking progress without any funding. “It was hard, especially because as freshmen, I personally did not know what I was doing,” said Fernandez. “It was trying to figure out how to advertise AMF and establish a place on campus for us.”

When they made their final presentation, they were told that, while they seemed worthy of becoming an official club, their mission didn’t align with the CSJ. Instead, they should have applied under the Center for Student Engagement, which houses cultural and social programming. “We were just like, ‘what, why?’” Fernandez said. “We went through all this work and then they rejected us.”

The university recognized them as a club after they went through the process again the following semester. Schauder feels like the administration has been supportive since their difficulty refounding the club and was especially grateful to the Provost’s Office. “We have a contact there, and she sent an email to the whole school every semester for the last two years, which is huge.”

AMF also has relationships with other organizations on campus, like Campus Ministry and its Residential Ministers, who can encourage grieving students to connect with the club.

Fajgenbaum is glad AMF could return to its birthplace. “Georgetown will always be AMF’s home, so the fact that the chapter faded for a little while before it came back was tough,” he wrote. “But I am so excited that it is thriving again under great leadership.”

Fernandez believes the club is crucial at a competitive university like Georgetown. “College exacerbates different feelings, like feelings of stress because of the academics and the isolation,” Fernandez said. “Everyone has this internship or that extracurricular, while other people are not going through the traditional college experience when they’re grieving.”

Fernandez found the transition to college difficult because of the distance it put between her and her family in Hawaii. “I don’t know if I could say exactly if it was anxiety, but I would always worry about my mom,” Fernandez said. She was struggling on campus and her academics were sliding. “It just made me feel that coming to Georgetown was a mistake. Until I joined AMF.”

Today, AMF’s board is made up of six undergraduate students, and between 10 and 20 members consistently attend meetings. Fernandez hopes that they are able to recruit new board members to take on the roles of students who will graduate in the spring, like her and Schauder. “Hopefully we’re able to find a way where we’re able to continue it,” said Fernandez. “It’s hard to have board members who are able to stick around.”

For Schauder, joining AMF was a pivotal moment in her undergraduate career because the group let her grieve without sacrificing her college years. “I’m so much more able to focus on other parts of my life that kind of take the backseat when you’re going through a lot.”