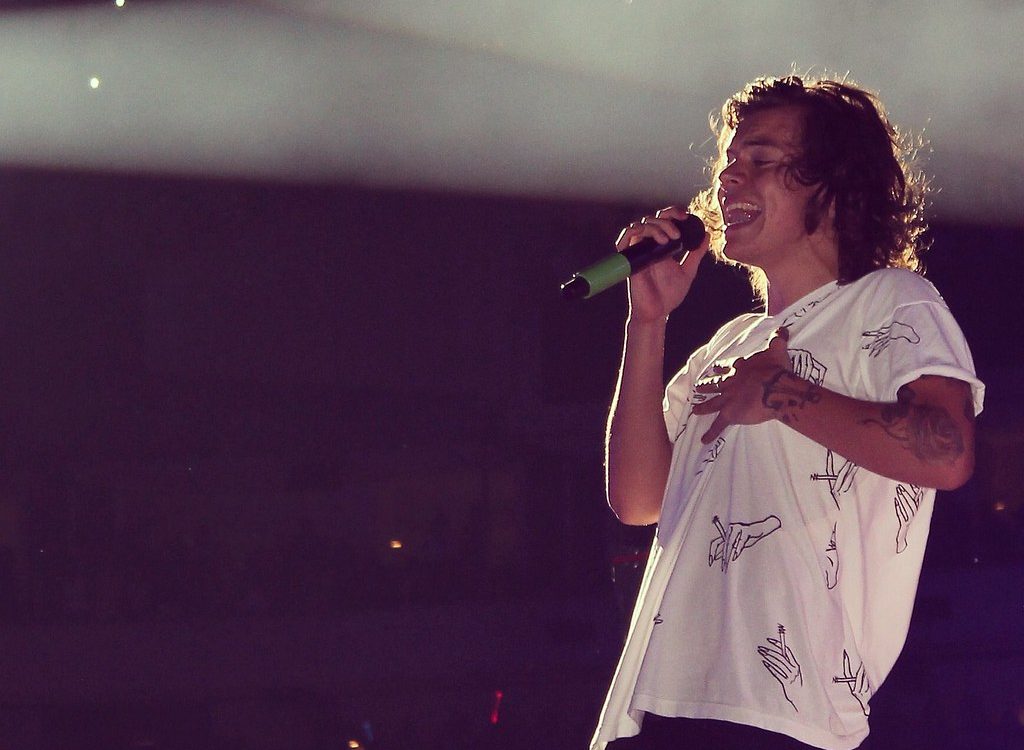 With the only lead up to his new single comprising of a monosyllabic tweet and mysterious billboards popping up around the globe, Harry Styles is undoubtedly something of an enigma. Following this chaotic, confusing rollout, Styles dropped “Lights Up” on Oct. 11, the lead single off his upcoming album.

The single is more experimental than the rest of Styles’s discography, and signals a shift away from the straightforward ’70s rock sound of his debut album to something more psychedelic. The track starts out with a very light and airy feeling. The instrumentals are Tame Impala-esque, with an earthshaking bassline and glittering, processed vocals. Styles’s vocals grow louder and more substantial over the course of the track, from a falsetto to an intense gospel chorus, mirroring the way the song grows in intensity.

The song is bizarrely shapeless, the writing more of a collection of fragmented thoughts than a straightforward narrative. Its opening lines, “What do you mean? / I’m sorry by the way / Never going back now,” can come off as as nonsensical and disconnected. Many people have speculated that the lyrical content of the single, released on National Coming Out Day, shows that Styles may be a member of the LGBT+ community, with many fans referring to the song as a “bisexual anthem.”

While the song has been growing on me, I have to say I didn’t latch onto it immediately. The formlessness made it slippery and hard to grapple with. “Lights Up” is incredibly repetitive, and it took more than a few listens to get a sense of how the song progresses. It’s undeniable, however, that the single has immense growing power. “Lights Up” feels much longer than its sub-three-minute length, in large part because it contains so many strange, unorthodox elements.

It’s an odd song, and an interesting choice for a lead single. The bold move suggests that Styles’s upcoming album will be marked by a shift toward more experimental songwriting. While I personally hope to see more of the straightforward Queen-inspired rock that characterized his first album, Styles’s venture into psychedelia have been enjoyable, worthwhile listens as well.

The Weekly List: Pretty Songs to Warm a Cold Heart