Warning: This is for the drink tea rather than “the tea”; please refer to almost every other part of the Voice for that kind of tea

According to Wikipedia, the first evidence of drinking tea is present in medicinal records found in China during the 3rd century CE. The world has been finding new ways to prepare and improve upon the drink ever since, with numerous flavors and companies capitalizing on each person’s particular taste. However, while we have merch, websites, and a drinking utensil dedicated to this wondrous drink, the extent of playlists out there for enjoying the beverage … is surprisingly larger than I thought when first coming up with the idea for this article. There was at least one website where the title was “33 Free Tea Party music playlists,” and I’ve never been more impressed/depressed by our society in my life.

Oh well, here’s another playlist for the pile written by a college student that doesn’t actively seek out tea but doesn’t turn up his nose at the drink.

This song is incredibly mellow and details the conversation between two people as they are drinking Chai tea. I know, crazy stuff that totally isn’t reflected in the title of the song. This song can either be taken as something to seriously zone out to as you’re drinking your preferred type of tea (preferably Chai) or laugh about due to the verses “sip, sip, sip” which almost caused me to not put this on the list. The sounds of pouring tea and clinking glasses in the song is what saved the piece from falling back into obscurity. Listen and sip away.

An instrumental piece that shows it’s from the modern era by including skips in the song, this shakes up the stereotypical playing of the piano with drums, but doesn’t distract the listener too much from their drinking of Oolong tea. Another mellow song, so I hope that’s what you’re looking for in this playlist since that’s what drinking tea is about––simply enjoying the flavor of the drink, sitting back in your favorite comfy chair, and possibly having a conversation with a chill friend about the weather outside.

I’ve gotta give respect to the country that served as the birthplace of tea. What better way to honor it than by searching online for what’s considered their most famous song? This track is incredibly relaxing and beautiful, so I feel like it’s a perfect accompaniment to your partaking of whichever type of tea you prefer. As a bonus for those learning Mandarin, you can pretend to be practicing for class and might even slightly raise your professor’s eyebrows by spouting off the name and artist of this song. Singing it in class might lead to bonus points in addition to possible embarrassment, so I say that you shoot your shot.

On the opposite end of Eurasia, we have to look at pop culture’s biggest tea drinking country: Great Britain. There are numerous songs to choose from and many people who will get mad at me for choosing the wrong one. To avoid this problem, I employed the method I used on the previous song and chose the number one song from The Guardian’s list. Despite the amount that this song is overplayed, it’s beloved for a reason and is continually repeated for its jaw-dropping vocals, captivating story, and killer guitar riff. It might not fit the vibe of a chill drinking session, but it’s hard to hate a song as fantastic as this.

Back to the mellow songs. Ah, it feels refreshing to move back into more thematically consistent territory. However my way of choosing these songs (listening to a bit, skipping thirty seconds, repeat) is probably not the best way to verify this dream. This is a chill song about a guy eating green tea ice cream and being in love with a girl with short brown hair. No bad undertones from what I’ve briefly heard so please enjoy and return to your state of serenity.

A little on the stranger side––especially in the beginning––but it’s got a good beat and some smooth R&B vibes. It may not be mellow enough for some people. However, just like the variations on tea, it will appeal to some people more than others and provide a different taste than the average songs that I’ve been providing on this list. To be honest, this song was the reason that I made this list since I’ve never heard a song that had a type of tea in its title, leading me down this strange rabbit hole. We’re about to come to an end though, and ease ourselves back into the real world.

This last song is a test. It’s to see if you truly appreciate your tea or if you only appreciate the atmosphere that’s created around it. Can you keep your feeling of serenity while this is playing in the background, begging you to dance along with it and to hit those high notes? That’s a question that you can only answer for yourself and will help determine if your appreciation of tea is as pure as you say it is. 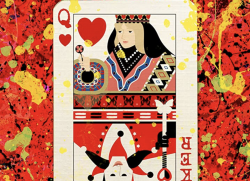 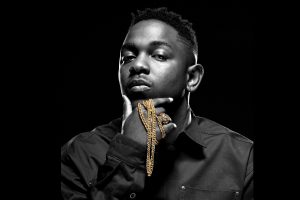