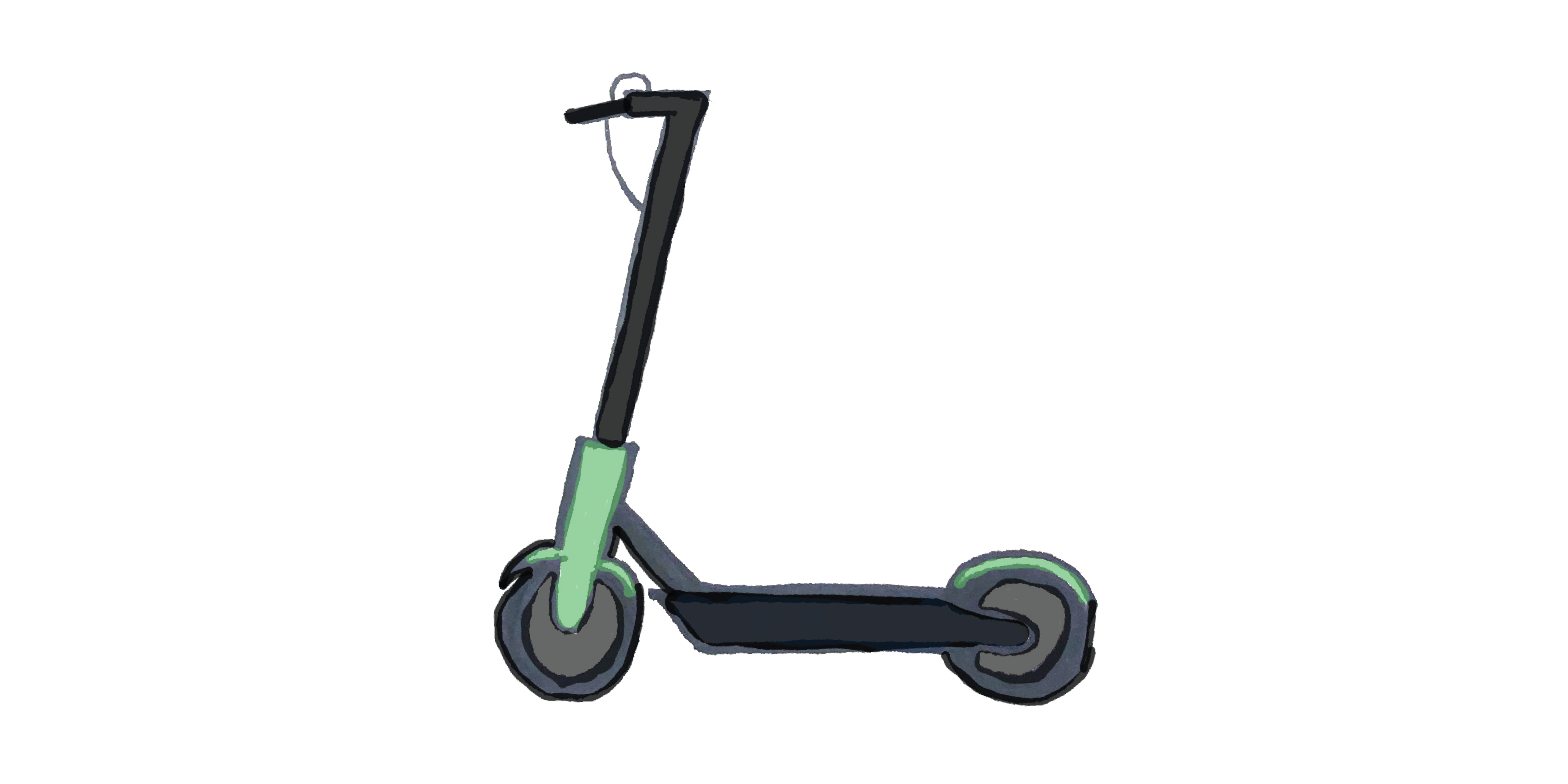 Since their introduction to the D.C. landscape in September 2017, electric scooters, or e-scooters, have become as ubiquitous as rats in the Georgetown neighborhood. It is not uncommon to trip over one on an unsuspecting stroll down to CVS or to feel one at your heels in a crowded Red Square on a Farmer’s Market Wednesday. Like it or not, what started as a fad has gained traction as a legitimate form of transportation. A recent editorial from The Hoya urged the university to subsidize the cost of e-scooters after its previous collaboration with Lime to offer discounts on dockless bike rides had ended. Three days later, the university instead announced its partnership with Capital Bikeshare to lower the cost of bikes and expand sustainable transportation options for students.

However, until the city doubles down on regulation, university subsidization of e-scooters would be a terrible idea.

With the most recent bill proposed by the District Department of Transportation (DDOT) to expand the number of e-scooters, it would make sense if the university subsidized their cost. Under the new guidelines, only four companies can operate in the city and each is allowed up to 2,500 scooters, amounting to a possible 10,000 scooters dotting the streets in January, nearly twice the number there are currently. There are also plans in place to expand this number depending on company performance. Other parts of the bill require companies to deploy at least 20 scooters in each ward by 6 a.m. each day, ensuring an equal distribution of scooters throughout the city.

Although this bill is extensive and addresses many potential concerns about e-scooters, the city does not adequately tackle the issue of safety.

In September 2018, a 20-year-old man was hit by an SUV while riding an e-scooter in Dupont Circle. He died shortly after. His death is suspected to be the first death in the country while riding an e-scooter and is certainly not the last. At least 16 people in the country have died while riding rented e-scooters, and it’s possible the number is even higher because crash reports are not designed to mention these devices. The Dupont Circle crash miscategorized the e-scooter rider as a “bicyclist.” While the number of deaths may seem small in comparison to the number of people killed in car accidents, many states and countries are taking this number seriously. This month, New Jersey decided to end its e-scooter program after a teenager was struck and killed by a tow truck while riding one. France and Singapore have banned e-scooters in their countries entirely.

In light of the surge in scooter-related injuries, the CDC conducted its first e-scooter study in the spring of 2019. The study found that almost half of the injuries were head injuries, with 15 percent being traumatic brain injuries. Notably, only 1 out of the 190 injured riders in the study was wearing a helmet. While D.C. encourages companies to provide free helmets, no formal requirement exists. The study also found that most injuries do not occur at night, contrary to the popular belief that has led many cities to ban the nighttime use of e-scooters.

The most insightful finding of the study, however, was that a third of the injuries occurred on the first ride, suggesting the apps’ warnings and the safety tutorial videos are inadequate in teaching and persuading people to properly use them. The flagrant misuse of e-scooters is not uncommon. Though D.C. law states that riders must be 16 years of age or older and that e-scooters are meant for single passenger use, we’ve all seen two teenagers rolling down a hilly street on a scooter built for one. This year, a 5-year-old boy died riding with his mom. E-scooter laws may be in place, but cities do not go to adequate lengths to enforce them. More importantly, each time D.C. passes a new bill on e-scooters, legislation fixates more on questions of distribution and access rather than those of safety.

The District may have financial incentives to emphasize distribution and access but overlook safety restrictions. A quick look at the DDOT’s Scooter Terms and Conditions reveals the city charges a monthly fee of up to $60 per scooter along with other fees like permit renewals and vehicle registration. A $10,000 refundable bond must be given to the Department as a security deposit. Limiting the number of e-scooter companies to four will also drive up the already escalating prices. This extra income may explain why the city is nearly doubling the size of their fleet while other cities like Nashville are cutting their fleets in half in an effort to prevent future accidents.

Until the District finds some way to make their scooters safer for use, expanding the number of scooters in January will only lead to greater numbers of injuries and fatal accidents. The Georgetown neighborhood’s cobblestone and brick streets and hilly roads make e-scooters difficult to ride. Bicyclists also do not want to share their bike lanes, and it is unclear whether these devices belong on the roads or on the sidewalks. The city could require helmets with disposable liners, although this may compromise the device’s image of convenience and reduce the number of rides. Some may argue that e-scooters are simply an equivalent alternative to bicycles. However, in the United States, the helmet wearing rate for bikes is 55 percent, while for e-scooters, the rate is 20 percent. Bikes are also more stable, easily recognizable by cars, and cities have spent years designing and planning for them. Infrastructure has yet to adapt to e-scooter use.

These e-scooter companies are not only neglecting the well-being of their riders, but also of the environment. Companies market their e-scooters as a gadget of the future: simple, convenient, and sustainable. Many consumers thus resort to these devices as their last-mile solutions in lieu of other forms of transportation. A study at North Carolina State University, however, found that e-scooters produced 202 grams of carbon pollution per mile. This is more than a bus, bicycle, or moped. The study also found that 49 percent of e-scooter riders would have walked or biked, 11 percent would have taken the bus, and 7 percent would not have made the trip at all if scooters were not an option. The substitution of these forms of transportation for e-scooters, along with their false claim to environmentalism, is backtracking on our progress towards a future of sustainable transportation. Only a third of e-scooter riders would have taken the less sustainable option: driving. E-scooters may appear carbon-free, but their manufacturing and charging processes produce an enormous amount of emissions, not including the emissions produced by the trucks that have to collect and redistribute them at the end of the day. This is problematic since e-scooters, being easy targets for vandalism and neglected by riders, constantly need to be replaced. The average lifespan of an e-scooter is estimated to be as short as 28 days with another study estimating three months.

I’m not trying to be the Grinch about e-scooters. Although I personally don’t ride them and think they are silly, I don’t think they should be banned. I do take issue with the fact that over the past two years, e-scooters have become a billion-dollar industry under the guise of ease and sustainability. The stance that Georgetown takes on e-scooters matters, not just as a commitment to environmental preservation, but because it is only a matter of time before these fatal accidents and injuries affect us Hoyas directly. Until more legitimate safety measures are put in place, Georgetown’s subsidization of e-scooters will only encourage corporate interests that favor profit over our personal safety.

Georgetown restaurant to host Thanksgiving meal for the homeless

This is so stupid. Cars kill people, not scooters.