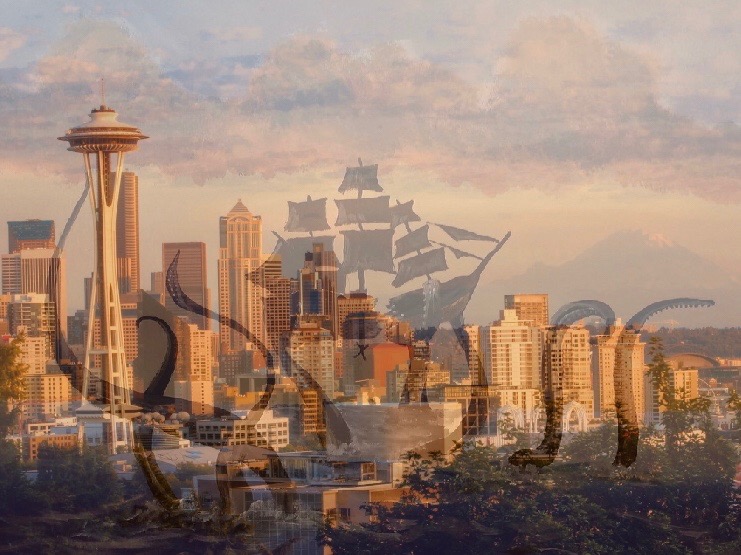 With the new NHL franchise in Seattle set to begin play in the Emerald City in a little over one and a half years, rumors continue to swirl around the potential name of the team. Will it be the Seattle Sockeyes? The Seattle Kraken? The Seattle Emeralds? Back in November of 2019, reports surfaced that the ownership was planning to officially announce the team’s name before the 2020 All-Star game, which took place this past Saturday Jan. 25. Unfortunately, All-Star weekend came and went with no announcements from the ownership as to the franchise’s name, or indications of when to expect an update.

However, in recent days, rumors over the Seattle NHL team’s name have been fueled by a radio interview by sports writer John Hoven of the Los Angeles King’s MayorsManor news site. In the interview, he said that “From everything that I’ve heard, it looks like Seattle Kraken is going to be the name.” Russian Machine Never Breaks, an online publication dedicated to covering the Washington Capitals, reported on Hoven’s remarks Wednesday afternoon. The news was immediately met with speculation from hopeful locals and fans across the league alike. Suggesting that Kraken was the likely choice seems odd at first glance for those that have been following the potential names for the team. Over the summer, the franchise unveiled a new website with a salmon-red prominently featured as one of the site’s primary colors. This caught people’s attention given that the Sockeyes was one of the potential team names for which website domains had been registered.

Many outlets are reporting that the purported switch to the Kraken is due to potential copyright issues with the Seattle Sockeyes, given that a series of fiction books involving a team called the Seattle Sockeyes exists. Back when I first explored the most likely team names for the future franchise, the Seattle Kraken was one of the five team names that had been registered which I chose to explore. While there is a limit to choosing a too gimmicky of a team name, I do not believe that the Kraken is too wild of a possibility to be selected and I hope the league is on the same page. Rather, a name such as the Seattle Kraken provides potential for a faithful local following behind the team, as well as the growth of rich team tradition. Case in point, look at the San Jose Sharks. Before every home game, a giant shark mouth is lowered onto the ice above the tunnel to the locker room. The players skate out of the shark for a dramatic entrance. What immediately comes to mind is a similar pre game practice whereby the Kraken is released and the players enter the ice, in allusion to the scene from the 2010 movie Clash of the Titans, which was a remake of the 1981 original.

I, for one, would love to see what a smart marketing team could do with a franchise named the Kraken. Seattle’s location near the ocean and history of a strong connection to Puget Sound and the Pacific is reflected in other professional sports team names from the area (Mariners, Seahawks, Seawolves, etc). Beyond the obvious catchphrase of “Release the Kraken,” the team could also incorporate some of the more epic elements of the myth of the Kraken into branding the new franchise.

Before we get ahead of ourselves, it is important to look at the tweet that the NHL Seattle account sent out on Wednesday night as articles speculating the team name began to pile up. The tweet reads:

“While we’re aware of some fishy rumors surrounding our team name, please rest assured we’re doing our due diligence by scouring the depths of the ocean, the tallest mountains, and the densest parts of the forest to find the right name for our great, green city.”

Interestingly, the tweet includes five pretty direct references to potential team names. To break it down, first is the reference to “fishy rumors.” This could be taken as a reference towards either the Kraken, or a mention of the Sockeyes, both of which come from the water. Second is the “depths of the ocean,” hinting at the home of the legendary Kraken. Third is the “tallest mountains,” which could be a nod to one of the 13 registered team names, the Rainiers (Mt. Rainier is the tallest mountain in Washington State). Fourth is connection to the “densest parts of the forest.” This as well as the fifth mention of “our great green city” allude to the green that is often associated with Seattle and the surrounding areas. The forest is acknowledgement of the possible team name the Evergreens (the trees) and the green city is acknowledgement of the possible team name the Emeralds.

In light of the tweet, we are no closer to an official announcement regarding the team’s name. However, the potential for the Kraken has generated increased excitement around Hockey Seattle and team’s name. For now, we can only hope that the franchise sees the excitement surrounding even this quickly rebutted rumor of the team name and announces the franchise name soon. 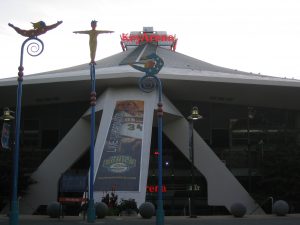 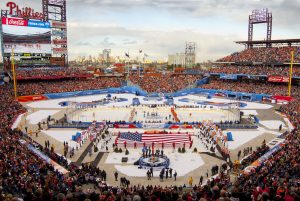