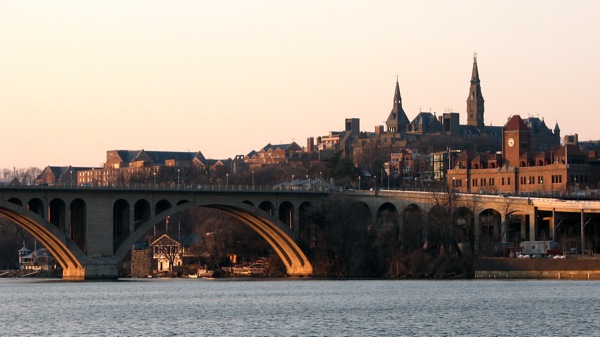 When Georgetown’s students need the support of their university most, it has let them down.

After much anticipation, Georgetown released its Fall 2020 semester plan on July 6. Three weeks later on July 29, the university released an update to the plan.

In light of the ongoing coronavirus pandemic, it was clear the university would have to make changes to its normal operations. However, its plan left many students unsupported, without a safe place to live, and with insufficient aid to continue attending the university. With its lack of transparency and support for vulnerable student populations, Georgetown affirmed that it cares more about tuition dollars than student well-being.

Many student groups were left unsupported in both the original and updated plans, especially students without suitable home environments, students on financial aid, international students, and residential assistants (RAs).

Low-income students were already at a particular disadvantage for the fall. Socioeconomic inequalities, which create visible disparities on campus, are multiplied when students are working from home. While some students will never think twice about internet access and having a quiet place to study, those necessities are out of the question for many students. The university not only did not work to actively mitigate these challenges but made them worse by prioritizing students who pay full tuition over students who need support. Students who need the security and support of campus, such as those who lack sufficient resources because of their economic situation, deserve to be housed and prioritized by the university.

In the first plan, University President John DeGioia announced that about 2,000 undergraduates would return to campus. Only members of the incoming freshman class were guaranteed a spot, leaving approximately 150 spots for international students, students whose personal or familial situations are not conducive to learning, or any other students who might need to return. The administration asked students to apply for these coveted on-campus spots and narrowed down over a reported 500 applications to those who they felt “deserve” to live on campus.

This application to live on campus was problematic in and of itself. Students were given only three days to fill out the form, which is an unreasonably short amount of time to both make such an important choice and compose their application, especially after waiting months for the university to announce a plan. Students in different time zones or with limited internet access had even less time and were put at a further disadvantage. The university took several months to finalize its fall plans, and changed its direction multiple times throughout the process. It is only fair to give its students the same opportunity for careful consideration and planning.

Furthermore, neither need from disability nor mental health was explicitly listed on the application, and any students who wished to apply for these reasons were forced to choose “Other” and describe their concerns in a very small amount of characters. Forcing students to market their trauma in order to win a coveted on-campus spot is not an appropriate response to the hardships many are facing as a result of the pandemic. Georgetown should have prioritized students who lack a safe or learning-conducive home environment above anyone else, even freshmen, ensuring everyone who had a legitimate need could come to campus, rather than pitting students against each other and ranking the perceived difficulty of their experiences.

The university released on-campus housing decisions on July 14, and the period for appeals ended two weeks ago. At least 350 students may be left in unsatisfactory or even unsafe living conditions—in the worst cases, nearly homeless. The university has a responsibility to ensure every one of these students has a safe place to live and learn this fall. Georgetown’s response to these students who were denied a home on campus was to direct them to Counseling and Psychiatric Services (CAPS). Unless CAPS has changed how they operate, it is unclear how they plan to provide resources on where to live or how to study when a student is in a completely different timezone, cannot do work at home, or lives in a state where CAPS does not have a staff member licensed to practice.

Three weeks after the first plan, DeGioia announced freshmen would no longer be invited to campus. The change in the plan was in response to both rising Covid-19 numbers in the area and Mayor Muriel Bowser’s new quarantine restrictions on those arriving from out of the country and from hotspot states. First-year students could apply for housing on a need basis similar to how upperclassmen did, however, even though the students guaranteed spots on campus decreased dramatically, the students who were originally rejected from on-campus housing have no official way to reapply. This is a failure on the university’s part. Now that the university is able to house more students who need a safe, learning-conducive place to live, the administration should offer a reapplication option.

Following the original announcement the majority of students would be attending Georgetown virtually, the administration revealed that there would be a 10 percent reduction in tuition for all students not invited back to campus. This policy was extended to all virtual undergraduate students following the update to the 2020 plan. However, unfortunately, this effort to reduce student tuition did not translate into financial support for students receiving financial aid.

The university began to release financial aid packages on July 31. Many students received much lower aid than expected, leading to anger and anxiety. Students in the same financial situation as the previous year are often being asked to pay much more, which is inappropriate under normal circumstances but especially unethical during a pandemic and a recession. These reduced aid packages have also not been explained by the university.

Following criticism from students, the administration said that they would add a $2,900 credit (10 percent of the full price of tuition) to every student’s aid package. However, according to the GUSA financial aid package survey, nearly 40 percent of students were being asked to pay $5,000 more in tuition than the previous year. Thus, even with the credit, aid is being mismatched by thousands of dollars.

While some students have succeeded in having their aid packages adjusted on an individual basis, the university should reevaluate and raise every package that saw a decrease from the last year and streamline the appeals process, which normally lasts through the semester.

The university has a responsibility to provide every student with the aid that is needed. Georgetown prides themselves on having a “meet full need” financial aid program in which “every student admitted to Georgetown through a rigorous selection process can attend regardless of their ability to pay.” If Georgetown does not fix the current 2020 financial aid packages, it will not be living up to this program or to its commitment to students, one that many students relied on when they accepted a spot at Georgetown in the first place.

Students without viable housing and students on financial aid are not the only student groups the university has let down. Many international students are also struggling to receive university support.

Many of Georgetown’s students, especially international students, live in a different timezone than D.C., which will make online classes even harder to attend. Though the university indicated it would prioritize housing for students who live more than five time zones away from D.C., many students that live up to 10 time zones away had their applications for housing rejected.

To try to make up for the fact that the university could not provide a way for international students to return to D.C., the administration assured all international students in a round table that fall classes would have an asynchronous option, so students would not be forced to attend lectures in the middle of the night.

However, the value of this promise depends on who you ask about it. Students have begun reaching out to professors to ask for asynchronous versions of the syllabi and are being met with mixed responses—some professors are accommodating, while some have simply said there is no asynchronous option available. International students are left negotiating their schedules and doing the leg work, something the deans guaranteed wouldn’t have to happen. In some cases, these students might have to make the choice between graduating on time or working through the night to keep up. Without guaranteeing viable class schedules, Georgetown has let its international students down.

Georgetown has also failed its RAs, most of whom were initially promised a return to campus this fall along with the class of 2024. While we understand why the significantly reduced number of returning students decreases the need for a large group of RAs and appreciate the university’s efforts to keep on-campus living safe, many RAs report feeling confused and misled by campus leadership. They were often unaware of whether or not they could reapply for fall housing using Georgetown’s general application.

Ultimately, after allegedly being told by some Community Directors not to, most RAs did not apply, leaving student employees unsure about their housing situation for the upcoming semester just one week before they were slated to move in. Additionally, many RAs had already booked flights or made other travel plans to return to campus in early August, which had to be cancelled on short notice once Georgetown released their updated plan. Though the university opened housing applications for RAs along with freshmen and provided a $250 travel reimbursement, many RAs who normally would have stable housing have been left in the lurch. Leaving any student, but particularly students who provide valuable services to the school, scared, alone, and without support during a global pandemic is unacceptable, and Georgetown needs to improve its communication with their RAs in the future.

In these times, Georgetown’s administration is forced to make decisions based on quickly changing conditions, which understandably can involve abrupt and drastic alterations to the plans they put in place. While some level of the resulting confusion and disappointment is inevitable, clear and consistent communication with students regarding the status of important decisions and the likelihood that plans can continue as stated would alleviate the level of disruption significantly.

Georgetown must communicate this information to students through a variety of channels, not just through Zoom-based town halls that only students living on the East Coast can conveniently attend, or emails sent to individual students that contain valuable resources. Students plan financially around the school, and if they were better informed at each stage of the decision-making process, they could both feel more secure in their choices and provide valuable feedback to the university before plans have been decisively made.

Georgetown must increase support for its most vulnerable students, including those without safe home environments, students on financial aid, and international students. To reduce resources for such communities during a global pandemic that has put strain on nearly every aspect of society is beyond inappropriate. The administration needs to start supporting and communicating with their students in the name of fostering a safe and productive semester for all members of the Georgetown community.