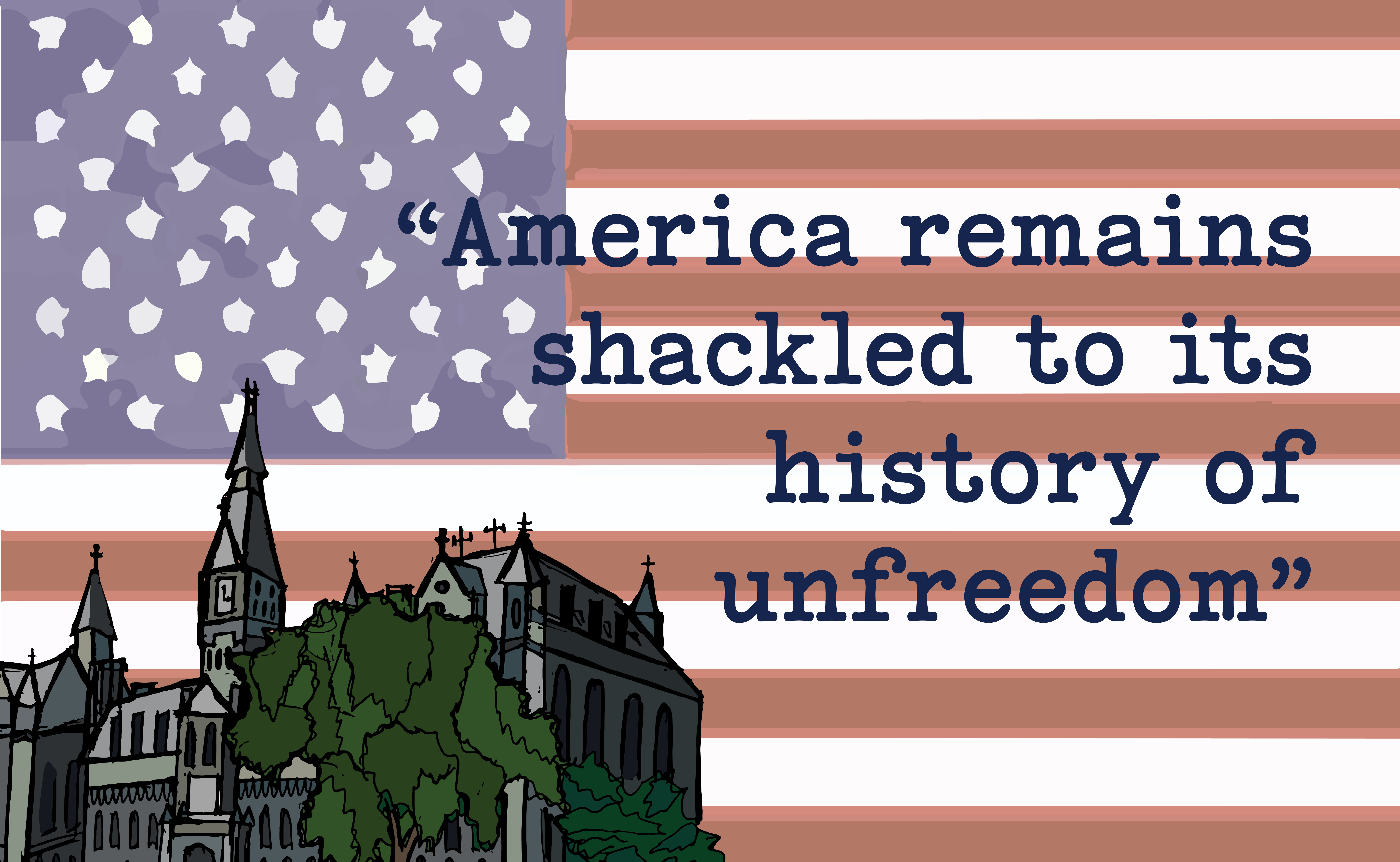 “The arc of the moral universe is long, but it bends toward justice,” Dr. Martin Luther King, Jr. said in his final Sunday sermon. As a student in the Justice and Peace Studies program, I’ve often found inspiration in Dr. King’s quote. In essence, as we move forward in pursuit of justice, our world will change for the better.

However, I worry that we too often misinterpret his quote to excuse our inaction—thinking the bend is inevitable, some people have stopped actively working to ensure it. My fellow students and I, as part of the newly founded Georgetown University Prison Divestment Campaign (GUPDC), refuse to stop working. For too long, I have stood on the sidelines, studying criminal justice issues without taking action. When my classmate Chloe Quigley reached out to me with the idea to begin a divestment campaign in late June, I realized my time on the sidelines was up. Since then, we have created GUPDC, a small but growing organization petitioning Georgetown to divest from the prison-industrial complex. Our work responds to the ongoing ravages of racism in this country and draws motivation from both the work we have done in and out of class at Georgetown and by the urgency of the current moment.

Our current circumstances testify to the danger of inaction—155 years after Emancipation and 56 years after Dr. King’s quote, Black, Indigenous and People of Color (BIPOC) still suffer from the dehumanizing effects of systemic racism. Despite sustained activism by marginalized groups, especially Black Lives Matter, the greater American public has refused to address the ills of systemic racism, instead, choosing—actively and negligently—to finance and support racist institutions such as the prison-industrial complex.

The term “prison-industrial complex” refers to the vast ecosystem of private and public firms, companies, and other entities that support and enable America’s mass incarceration system through actions such as the financing, supplying, and building of prisons. Through wide-ranging corporate partnerships—like those with Aramark, which provides food service, and 3M, which supplies correctional industries—the prison-industrial complex exploits and dehumanizes incarcerated people, who are disproportionately people of color. Though BIPOC make up only about 30 percent of the US population, they account for nearly 60 percent of the incarcerated population.

By monopolizing prison necessities such as food service, companies like Aramark dehumanize prisoners, as they are able to retain contracts despite repeatedly serving food riddled with mold and maggots.  Furthermore, by denying basic workers’ rights and protections and underpaying—or not paying—incarcerated workers, the prison-industrial complex continues the legacy of unpaid, forced work that has tainted America’s history— slavery, convict-leasing, and chain gangs. Currently, prisoners in at least four states are not paid for their labor in correctional industries, including those in Arkansas which manufacture anything from car paint to office chairs.

In this way, America remains shackled to its history of unfreedom.

For all students, Georgetown’s complicity in the prison-industrial complex is also our complicity. We have a direct interest in Georgetown’s actions and reputation, making us stakeholders in our university. Given our dual role as students and stakeholders, GUPDC members began our campaign demanding that Georgetown divests its endowment from companies tied to the prison-industrial complex. Because Georgetown’s investment portfolio is confidential, the degree to which Georgetown’s finances are tied to the prison-industrial complex is unknown—we can only guess, based on the sheer size of the system, Georgetown is likely invested in it. For this reason, we ask for greater transparency along with divestment. Without publicizing its divestment targets, Georgetown’s actions would fail to bring scrutiny upon those companies that engage in immoral practices. Therefore, our act of divestment, if silent, would be unlikely to spark a necessarily greater movement. Likewise, though divestment is our immediate goal, we emphasize that it is only a stepping-stone toward positive systemic change leading toward abolition.

GUPDC emphasizes that divestment cannot be the end of Georgetown’s action against the prison-industrial complex; rather, the university must step into its role as a leader in educational and social activism. Powerful educational institutions like Georgetown determine whether our nation will ever achieve true freedom. By educating its students about injustice and how to enact systemic change, Georgetown has equipped legions of socially-minded leaders. By refusing to invest in irresponsible companies, Georgetown can further this impact, beginning to undermine the profitability of exploitation. Thus, our demands are multifaceted, addressing both divestment and advocacy.

We call on Georgetown to:

Using these steps, we intend to first catch businesses’ attention, then demand meaningful change. As Dr. Martin Luther King and so many others have demonstrated through boycotts and strikes, businesses listen when their profits fall. By divesting, Georgetown will signal that its support is contingent upon responsible practices; through advocacy, Georgetown will demonstrate what those responsible practices look like. Though our institution’s divestment is a small step, we believe it can inspire broader action. Universities have been known to follow one another’s leads—universities inspired one another to divest from apartheid South Africa in the 1980s and are currently aligning to divest from fossil fuels. On a national scale, university divestment could seriously impact the complex’s business. And, if the prison-industrial complex stops turning a profit, then social returns will start to arise, commencing the complex’s demise.

GUPDC’s petition may seem small relative to the looming prison-industrial complex, but that should not be discouraging. After all, the arc of the moral universe is long, but we’re bending it toward justice. 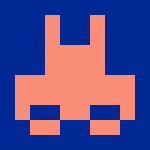