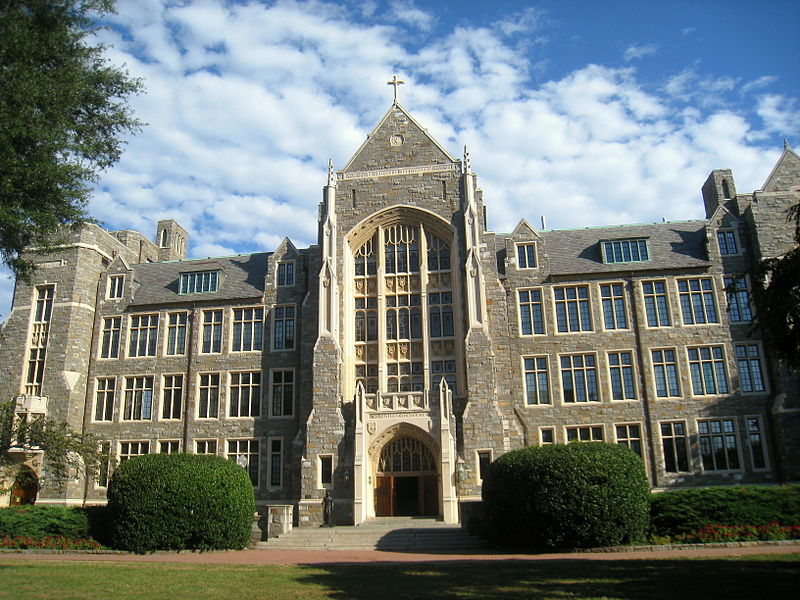 Georgetown professors joined in on the nationwide Scholar Strike on Sept. 8 and 9 to show support for the Black Lives Matter movement and draw attention to police brutality directed at communities of color across the country. In addition to professors’ individual support, the History Department hosted an event on Sept. 8 titled “Race and Racism in Africa and the Middle East” in accordance with the strike.

The idea for the strike came from a tweet from University of Pennsylvania Professor Anthea Butler, who cited the strikes for racial justice by the WNBA and NBA in the wake of the shooting of Jacob Blake by police officers in Kenosha, Wisconsin as her inspiration. Butler organized the strike with Kevin Gannon, a professor at Grand View University who appeared in the documentary on racial injustice and mass incarceration “13th.” “It is time for us to pause the endless meetings on diversity and inclusion, disrupt our institutions’ routines, look outward to the American public, and share our dismay, disgust, and resolve,” they wrote in a joint blog post.

At Georgetown, some faculty showed their support for the strike by repurposing time outside of class to focus on racial justice. Quill Rebecca Kukla, a professor in the Philosophy Department, canceled their office hours on Sept. 8 and recommended their students instead spend that time exploring two provided resources about racism and anti-racism. Kukla encouraged their students in an email to “apply a philosophical lens to the crisis of racism that has gripped this country.”

Timothy Newfield, an assistant professor in the History Department, replaced his live lecture with a prerecorded one posted after the strike. He encouraged his students to attend the discussion on racism hosted by the History Department and to explore a series of ten-minute “teach-in” lectures organized by Butler and Gannon. One of these lectures, “How Racial Justice Movements Succeed” was taught by Georgetown Professor Michael Kazin.

The discussion promoted by Newfield featured Georgetown Professor Dr. Khaled Esseissah, University of Pennsylvania Professor Dr. Eve M. Troutt Powell, and Georgetown Ph.D. candidate Trishula Patel. The panelists dove into questions of race, racism, and the legacy of colonialism in Africa and the Middle East. They also spoke about the impact of the Black Lives Matter movement and its meaning in a post-colonial world outside of North America and Europe.

An informational flyer about the strike circulated among faculty indicated to professors they could support the strike in a number of ways, including simply talking about the issues in class. “Devote all or part of your class time to discussions about race and racism in the US and beyond,” the flyer read. “Don’t be afraid, and let them lead. Just make the space for it.”

Several professors took this approach to supporting the strike, holding class live but using the day to discuss issues of race and its relation to their own fields. Jessica Roda, an assistant professor of Jewish Civilization, in an email to her freshman proseminar on Music, Globalization, and International Affairs, invited the students to “discuss issues of race, inequality and labor strikes” and engage with the impact of the movement beyond U.S. borders.

Other professors emphasized the relation between issues of race and their subject matter. “The stories of encounter and exchange in the past are in fact highly relevant to issues of diversity, inclusion and equity in the present,” wrote James Millward, a professor in the History Department, in an email to his class on the History of the Silk Road. Millward also gave students the option to miss class if they wished to do so in line with the strike.

While the Scholar Strike took different forms for each professor throughout the virtual classrooms of Georgetown, it created the opportunity for many students to be educated about issues of race and racism.

“Our academic careers have been focused on teaching about race, history and social justice,” Butler and Gasson wrote in an opinion piece. “Scholar Strike is just an extension of the work that we do every day in the classroom, and now, we share that work and advocacy with you in the service of protesting the killings of African American men and women because of excessive use of force by police.”

Didn’t make it to Georgetown’s racial justice panels? Here’s what you missed