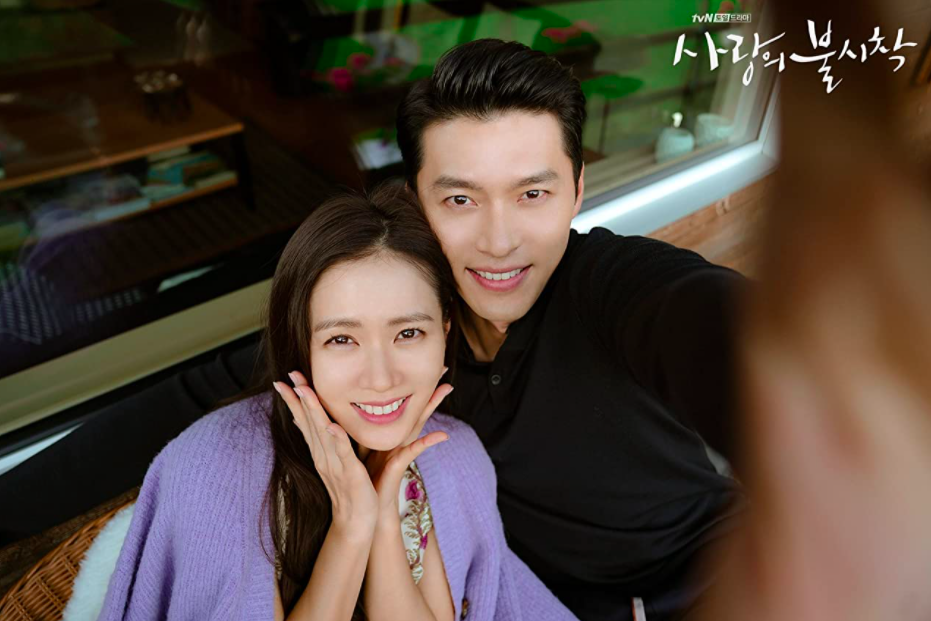 This packaged deal includes my absolutely objective Top 5 K-Dramas for you to binge this winter.

But wait! There’s more. I added an additional 5 dramas that everyone’s raved about that I unfortunately couldn’t fit into my free time (thanks, Elite Tik Tok).

As one of the biggest mega-hits of the year, CLOY kicked off the new decade with a blast. A South Korean CEO Yoon Se-ri (Son Ye-Jin) experiences a parachute accident and accidentally crosses the DMZ into North Korea where she meets the dapper military general Ri Jung-hyuk (Hyun Bin). The two flourish an adorable romance that made me laugh, cry, and gape in jealousy. This Romeo and Juliet-esque masterpiece is revolutionarily romantic. Charming. Addictive. Features exquisite eye-candy. I’m running out of adjectives. (The only thing that would make it better would be if Hyun Bin and Son Ye-Jin dated in real life.)

Now, is it realistic? Of course not. A little cheesy? Maybe. But does it fulfill my standard definition of a wholesome K-drama romantic comedy? Absolutely.

Update: Hyun Bin and Son Ye-Jin are dating. I repeat, the two are dating. Confirmed on 01/02/2021. I have achieved inner peace.

The World of the Married (부부의 세계)

How do I begin to explain this perfection? The World of the Married is one of the most decorated dramas— it ranked as the highest-rated cable drama in Korean national viewership history and won Best Director and Best Actress at the prestigious Baeksang Arts Awards.

The plot follows 53-year old acting legend Kim Hee-ae as Ji Sun-woo, who is planning meticulous revenge on her good-for-nothing cheating husband. While many K-dramas overuse the theme of infidelity, this drama adds its own twist with nuanced characters and raw dialogue. In fact, I would categorize it not as a fractured love story but as a psychological thriller. Warning—you will inevitably lose hope in successful marriages, which will only seem possible in figments of your imagination.

Starring Hallyu megastar Kim Soo-Hyun (whom I obsessively crushed on seven years ago) and Seo Ye-Ji (who just oozes an expensive voice), this drama explores an unlikely encounter between a selfless caretaker and an icy children’s book author, respectively. Let me take a minute to admire Seo Ye-Ji’s voice. Her fashion. She was absolute perfection.

To be frank, I was surprised by how the drama grappled with mental health issues, a topic Korea has long swept under the rug. Despite having the highest rate of psychiatric bed numbers and suicides in the OECD, South Korea has long avoided confronting the issue. However, It’s Okay to Not be Okay took a big step in destigmatizing such illnesses for the public—after all, the title literally translates to, You’re a Psycho, But It’s Okay. This story, where broken people cure another, MUST be on your Netflix queue.

Now, I have been watching K-dramas since I was in the womb, and I think Start-Up takes the cake as the biggest perpetrator of the second lead syndrome—in a love triangle, he isn’t fated to be with the female protagonist but everyone roots for him anyway. Exhibit A—all Koreans are head-over-heels obsessed with Han Ji-pyeong (Kim Seon-ho), the second lead in Start-Up.

Besides Seon-ho, the cast boasts the most recognizable faces of South Korea: Nation’s First Love Bae Suzy, model Nam Joo-hyuk, and Nation’s Mother Kim Hye-sook. (We like adding these “Nation” titles to honor notable actors in the industry; Suzy’s bubbliness and charm remind audiences of their first girlfriends, and Ms. Hye-sook has perpetually played the mom roles for two decades.)

This drama follows young people working in startup companies, following their dreams, and finding their passions. Oh, for crying out loud, just watch it.

Literally translated as “The Arrival of a Goddess,” True Beauty centers around a high school girl (Moon Ga-Young) who trudges through a living hell – perpetually bullied by her classmates because of her “ugly” face. (I put that in quotes because her “ugly” self is only a blotch of forehead redness and two pimples. Two. Not even the cystic kind.) After years of bullying, she transfers schools and uses makeup to turn herself into the queen bee. Along the way, she forms an inevitable love triangle with nice guy Lee Su-ho (Cha Eun-woo) and bad boy Han Seo-joon (Hwang In-yeop.)

I initially denounced the premise as too immature—after all, I am a college student and high school drama is far behind me. However, I even spent the evenings of Christmas Adam and Eve to catch the newest episodes. Highly addictive. Incredibly cheesy. Highly recommend.

Shows I haven’t watched but Koreans obsessed over:

Legend has it, you will never see nose bleeds the same again. Sweet Home is not your average apocalyptic zombie show.

I just know this is a masterpiece. The only reason I’ve avoided this is because I’m still watching Season 1. Bummer.

Average viewer rating—currently on air but the highest was a whopping 24.0%.

The definition of a traditional Korean mak-jang “soap opera.” Rich people involved in murder, bullying, affairs, all that good stuff.

This cable drama follows a group of doctors doing doctor things. Search the rest on Wikipedia, I don’t know. But if my grandma, my mom, and my cousin love this show, it’s a sign.

Started with a webtoon comic featuring the youngsters of Itaewon, the bustling hipster neighborhood often filled with foreigners.

2020 has been a whirlwind of a year, but it spawned these ten great gems. This winter, try these K-dramas out for size, with one teeny tiny request—no fetisization please because that’s disgusting. Happy binging! 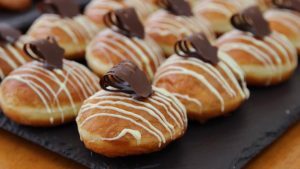