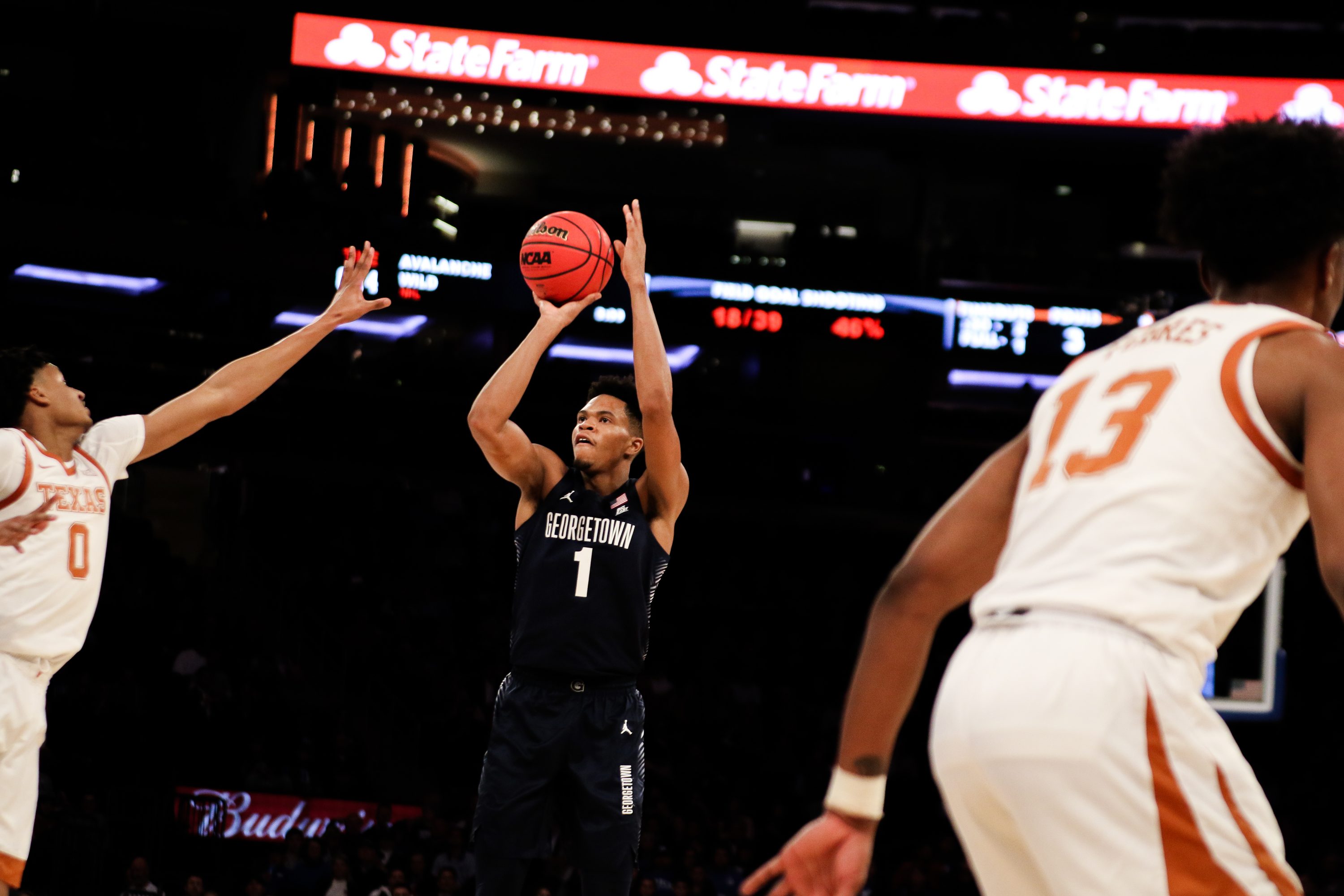 Despite a strong second-half effort, the Georgetown Hoyas men’s basketball team (3-8, 1-5 Big East) couldn’t overcome early offensive struggles and fell to the Syracuse Orange (7-2, 1-1 Atlantic Coast) 74-69 at the Carrier Dome. Senior forward Jamorko Pickett led the Hoyas in scoring with 17 points and 9 rebounds, while senior guard Jahvon Blair tallied 16 points, and 10 assists for the Hoyas. For the Orange, senior guard Buddy Boeheim led the scoring with 21 points, 5 rebounds, and 4 assists.

The Hoyas performed well initially, as the teams traded buckets for much of the first half, with Georgetown answering a 10-0 Syracuse run to tie the game at 27 with just under six minutes to play. However, Syracuse closed out the half with an emphatic 14-3 run to give themselves a 30-43 lead heading into halftime. Georgetown performed solidly on defense, but wasn’t able to capitalize on many scoring chances, particularly as the half drew to a close. The Hoyas scored just 3 points in the final five minutes of the first half, as Georgetown was stymied offensively by slow ball movement and Syracuse’s strong zone defense. On the positive, the Hoyas showed improvement in protecting the basketball, giving up just 4 turnovers in the first half.

Syracuse head coach Jim Boeheim praised his team’s effort in the first half, saying, “We really played well at the end of the first half. It’s probably some of the best we’ve played all year.” Boeheim added that the Orange got into a strong shooting rhythm, with Buddy Boeheim and sophomore guard Joe Girard III, who would finish with 18 points and 8 assists, giving the Orange crucial points towards the end of the half.

The Hoyas came into the second half with some defensive fire, holding Syracuse scoreless for the first two minutes of play. Yet, Georgetown’s offense was again unable to capitalize on its defensive success and the Hoyas went scoreless for the first three minutes of the half. After the slow start, Syracuse picked up their scoring significantly, extending their lead to 16 points. With around 15 minutes to go, freshman guard T.J. Berger hit a clutch three pointer for the Hoyas and followed it up with an assist to senior guard Donald Carey to cut the lead to eleven points.

The two teams traded buckets for several minutes, with Georgetown slowly erasing their deficit. With five minutes remaining, Georgetown brought the score to 61-65. With the Syracuse lead down to 4, Buddy Boeheim missed a jumper and Georgetown opened up a fastbreak off of the rebound. As momentum hung in the balance, Syracuse’s defense stepped up. Sophomore guard Robert Braswell hustled back and made a devastating, Lebron James-esque block on Blair’s fastbreak layup attempt to preserve Syracuse’s lead. Boeheim followed up with another three to extend the lead to 7.

The Hoyas continued to fight and narrowed Syracuse’s lead to 65-68 with around three minutes remaining. Again, offensive struggles haunted the Hoyas late in the game. Despite a steal by freshman guard Dante Harris, Georgetown was unable to capitalize on their momentum and made back-to-back turnovers on the next two possessions. Syracuse scored off of both turnovers and extended their lead to 7 points with a minute to go. Some Syracuse free throws and a late three by graduate forward Chudier Bile set the final tally.

Ewing recognized Georgetown’s gritty play in the second half, but stressed the need to improve. “I thought my team, especially in the second half, we fought hard. We still have to be able to get the ball in the paint. We only had 20 paint points,” Ewing said. “We have to shore up our defense and make sure we rebound a lot better than we did.”

Ultimately, the game came down to a few key possessions. Syracuse was able to convert under pressure, while Georgetown’s offensive struggles returned at key moments in the game. Coach Boeheim summed it up in his press conference, saying,“The difference tonight: we made a basket when we needed to.”

Saturday’s game was the first matchup in the Georgetown-Syracuse rivalry since the passing of Georgetown’s former head coach John Thompson Jr. Thompson played a huge role in the rivalry between the two programs, from declaring Manley Field House closed in 1980 to presiding over the tough, physical games between the teams throughout the 80’s and 90’s.

Despite their rivalry on the court, Jim Boeheim paid tribute to Thompson at the start of the game, walking out of the locker room with a towel thrown over his shoulder in Thompson’s signature style. In his comments after the game, Boeheim talked about the gesture, saying that it was “just a sign of respect for a great coach and a guy that had, I think, more influence on the game than any coach when you think about the totality of the game and life.” Ewing has also sported a towel at different times this season.

Georgetown’s next matchup will be at home against DePaul (1-3, 0-3 Big East) on Wednesday, Jan. 13. Tip-off is scheduled for 7:00 PM and  will be broadcasted on FS1. For continued coverage of men’s basketball and all Georgetown sports, follow @GUVoiceSports on Twitter. 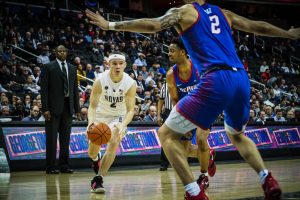