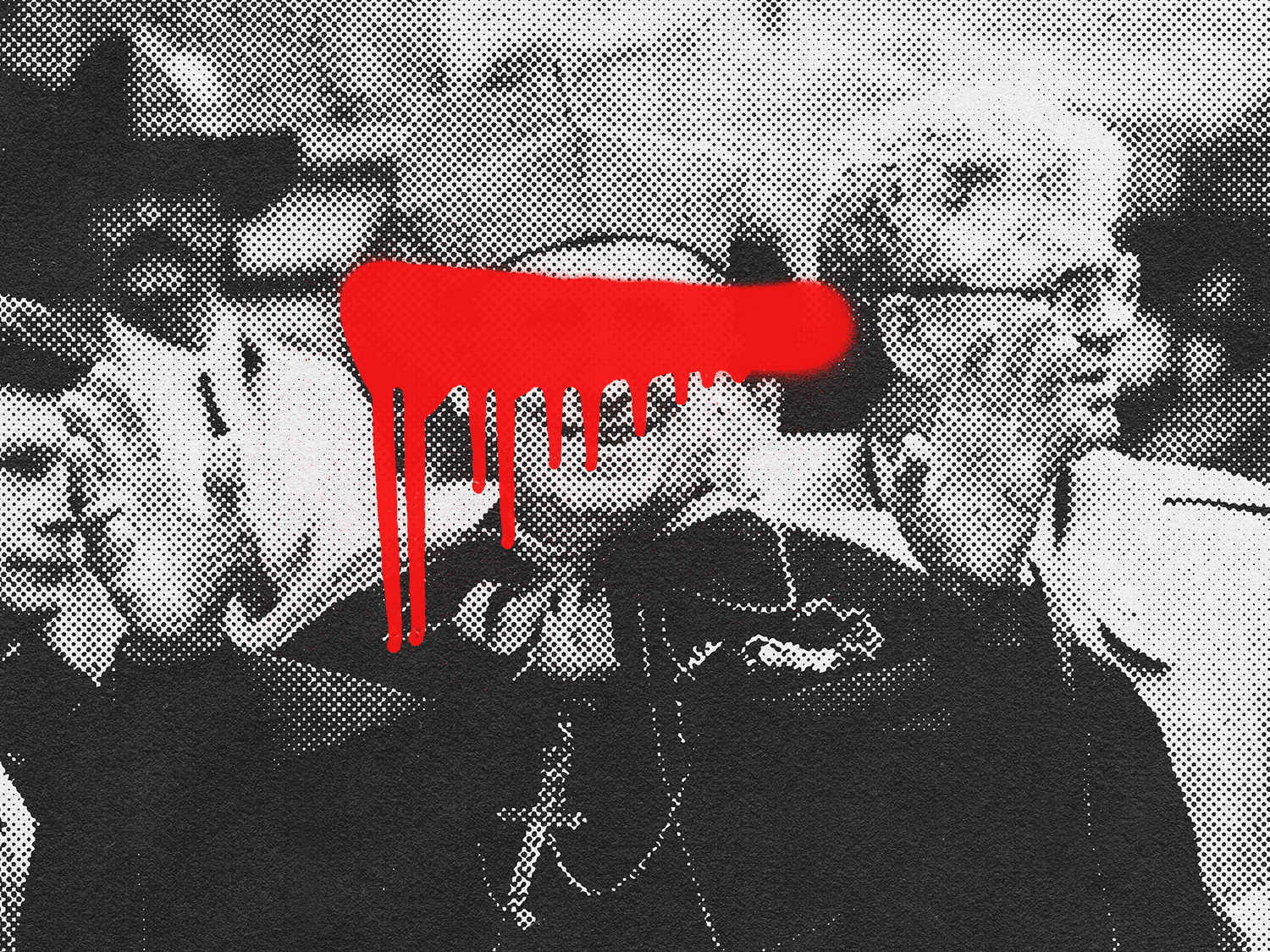 On Jan. 30, Georgetown University will host the Cardinal O’Connor Conference on Life (COCC), the largest collegiate anti-abortion conference in the United States. The conference is student-run, but functions with university support, including money from the Student Activities Commission (SAC) budget. Now the 22nd time Georgetown hosts the conference, the COCC has continually been a platform to racist, homophobic, and misogynistic speakers under the guise of Jesuit values. The conference’s name, chosen speakers, and singular focus on abortion fail to live up to the term “pro-life,” and violate Georgetown’s values, such as cura personalis, “faith that does justice,” and “community in diversity.” Although Georgetown claims to have increased their support for students from marginalized communities, COCC signals these students are unwelcome on campus.

Due to the hypocritical and offense nature of the conference and its speakers, H*yas for Choice calls on the Georgetown administration to mandate a conference name change by December 2021, as well as to explicitly condemn the actions of Cardinal O’Connor and the offensive rhetoric of the speakers at the conference.

The problematic nature of COCC starts with its namesake, Cardinal O’Connor. At the height of the AIDS epidemic, O’Connor was a key enabler of homophobia, opposing the protection queer individuals from discrimination at a time they were most vulnerable. Cardinal O’Connor also made the decision to exclude the Irish Lesbian and Gay Organization from marching during the New York City’s St. Patrick’s Day Parade. As hundreds of thousands of queer people died of AIDS, he notably prevented condom distribution during the height of the epidemic and publicly repudiated policy that would allow for AIDS education programs. This conference claims to be “pro-life,” while simultaneously bearing the name of a man that used his influential position to let people die.

Cardinal O’Connor’s “pro-life values” also did not extend to sexual assault survivors or to women who died of unsafe abortions. He stated that abortion was an “intrinsic evil,” even in cases of rape or incest. He dismissed the thousands of deaths due to unsafe abortions, as he claimed they could have easily “chosen not to abort.” While asserting to support the sanctity of life, Cardinal O’Connor took more issue with abortions than with the deaths of women who needed them. His selective focus on “protecting life” clearly did not extend to all lives, and violate the principles of social justice and value of the common good. If Georgetown genuinely hopes to create an inclusive environment while hosting a pro-life conference, they must require the changing of the name of the conference to something that better represents the Jesuit values that Georgetown claims to honor.

The speakers at this year’s conference further contribute to an unsafe environment for Georgetown students.

Speaker Alveda King is Martin Luther King Jr.’s niece; however, unlike her uncle’s commitment to promoting tolerance and justice, she spreads bigotry and hatred. She staunchly opposes LGBTQ+ rights, comparing same-sex marriage to genocide and wrote that same-sex marriage and abortions cause natural disasters. She has also referred to abortions as “womb lynchings,” and stated Black Lives Matter supports “genocide and mayhem.” Her message on abortion is intrinsically linked to her spread of hateful rhetoric, and giving King a platform allows the further dissemination of these harmful ideas.

Another speaker, Valerie Huber, worked in the Trump Administration as part of the Department of Health and Human Services (HHS). She enforces abstinence-only programs that restrict and censor access to information about sexual and reproductive health, supports abstinence-centered curriculum centered on misogynistic principles, and has cut funding for the Teen Pregnancy Prevention Program. Not only do abstinence-only programs prove incredibly ineffective at actually preventing teenage pregnancy, organizations supported by Huber push antiquated and sexist tropes about sex.

Sister Deirdre Byrne is also scheduled to speak; she works as a medical professional who promotes the unproven and potentially dangerous “abortion pill reversal,” a non-FDA approved treatment that essentially uses pregnant people as test subjects. This policy directly instrumentalizes pregnant bodies as uteruses to be used for testing, not autonomous individuals. These speakers may oppose abortion, but they do not value life, particularly not the lives of marginalized women and LGBTQ+ individuals.

Would-have-been keynote speaker Gianna Jessen was also incredibly problematic. Though Jessen is no longer speaking at the conference, Jessen has a well-documented history of homophobia and racism, including, but not limited to, opposing LGBTQ employment discrimination protections and bans on gay conversion therapy, claiming that “fatherlessness and abortion … have destroyed more Black lives than racism has–and BLM is enabling that oppression,” and perpetuating harmful stereotypes that Muslim immigrants are rapists. Jessen also continually pushed the false narrative that Donald Trump won the 2020 election, misinformation that had violent consequences in the January 6th insurrection at the Capitol.

COCC’s singular focus on opposing abortion casts doubt on how “pro-life” this event truly is. In addition to hosting speakers who have split their time between blocking human rights for marginalized groups and criminalizing abortion, the conference is suspiciously silent on other issues regarding the sanctity of life, such as capital punishment or medical euthanasia. If the conference would prefer to keep its name and its incendiary speakers then they could simply label it the Cardinal O’Connor Conference Against Abortion. They cannot, in good faith, claim to be pro-life, and they certainly should not be receiving Georgetown University’s resources.

Georgetown must uphold with its professed commitment to social justice in the context of  its regressive values and history. Following the murders of George Floyd and Breonna Taylor by police officers, the Georgetown administration emailed all students, faculty, and staff, stating, “Unequivocally, Black lives matter. We acknowledge the pain felt by many and are renewed in our commitment to improving our campus, our nation and the common good.” Another email signaled commitment “to building a supportive, compassionate, and informed community based on our Jesuit ideals and commitment to social justice.

President DeGioia has stated how supporting LGBTQ students on campus is “at the heart of the Catholic tradition,” “referring, for example, to the Catholic insistence on the dignity and worth of each and every individual, the emphasis on social justice and multicultural understanding, and the Gospel call that we engage all of our sisters and brothers in a spirit of love.” Following the announcement of new regulations on Title IX and sexual misconduct, Georgetown sent an email declaring, “We want to be clear: as we review and revisit our policies in light of these new federal regulations, we do so with an unwavering commitment to combating sexual misconduct and fostering a safe environment for the entire Georgetown community.”

Despite their statements to students about social justice and initial steps to make campus more welcoming to all students, Georgetown still supports a conference that glorifies and platforms those who stand against Black Lives Matter, the LGBTQ+ community, and sexual assault survivors. If Georgetown’s commitment to social justice goes beyond espousing politically correct phrases in community emails, the administration must take action to rename the Cardinal O’Connor Conference on Life and condemn the harmful messages and actions of its speakers. This would signal that the administration takes supporting social justice issues seriously, and is taking steps to create a more inclusive campus environment for students of all identities. Students, faculty, and the wider community can also read these resources about the conference and sign this petition to compel the Georgetown administration to take action and affirm its commitment to diversity and inclusion. 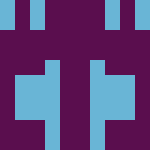 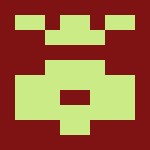 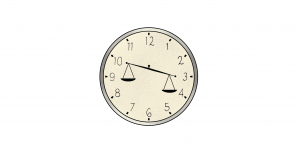