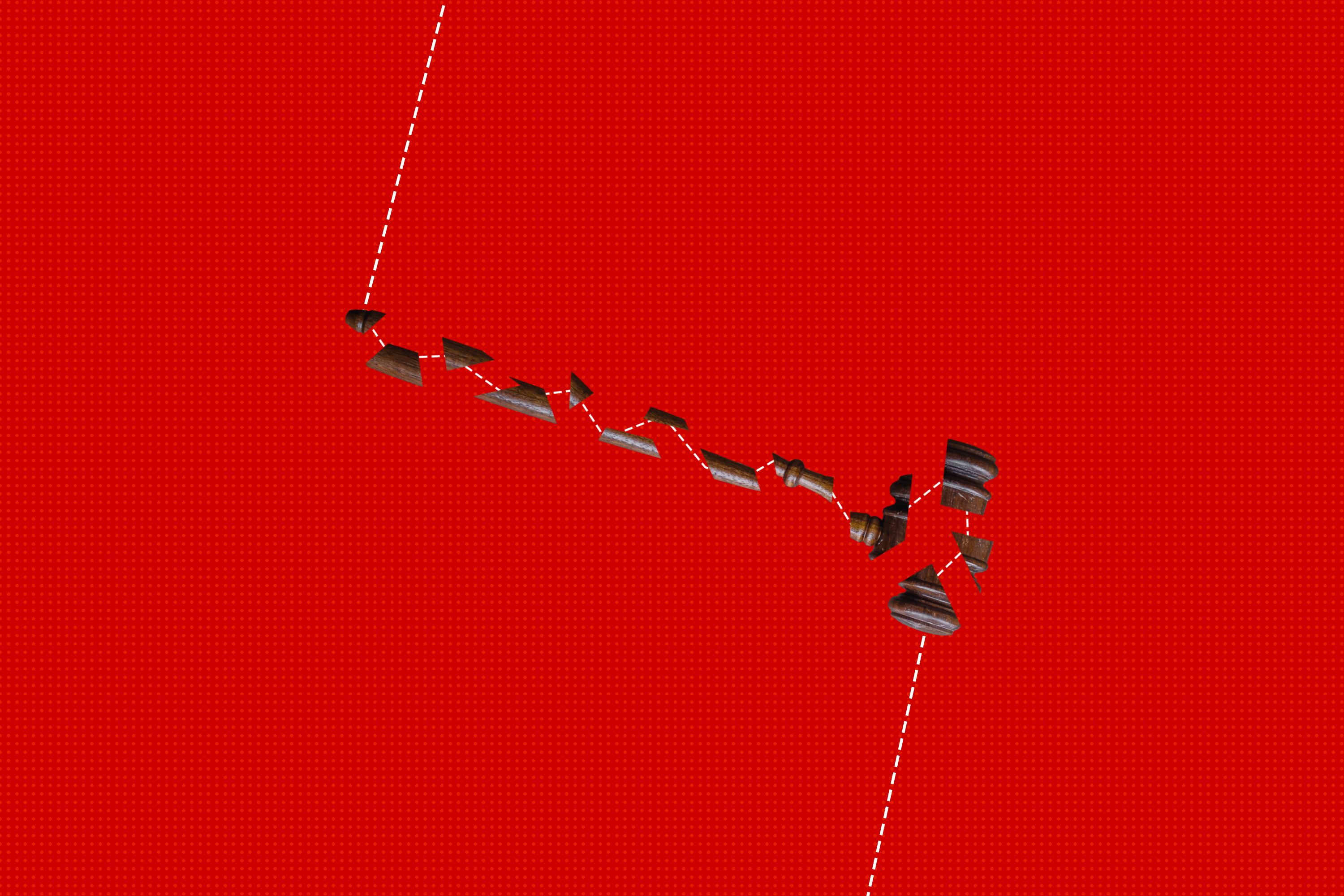 Waiting for a decision with my partner after an intense round is a rush. Debaters bustle around crowded hallways, squeezing past each other to find their team as we pore over all the arguments we did or could have made. We make our predictions, trying to guess the outcome of the round based on the facial expression of our judge when we made an argument. After finally hearing the decision, we run back to our teams, telling them how we just won a round that we had no business winning or scream about the “worst” decision that we had ever heard. But now, we both wait alone. The moment my face drains of its color, freezing on the outside but burning underneath my skin, or the moment that I am so relieved and elated, used to be moments I could share with my best friends. Now, I stare at a screen in a hollow room to go it alone.

The American Parliamentary Debate Association (APDA) hosts tournaments every weekend of the school year in which U.S. undergraduate students may pair up to compete. Traditionally, the responsibility to host tournaments would rotate among participating colleges and universities, but recently, due to COVID-19, APDA has been forced online. The student-run league is alive and well though, with debaters attending competitions with their partners every weekend, still yelling at each other round after round.

Unfortunately, the league is not in its best state. Instead of traveling to different schools every weekend, students now deal with an online environment that has questionable competitive integrity and severely lacks a social scene. Rodda John, a debater from Columbia and a member at large for the league, wrote the code necessary to host online tournaments on Discord, an instant messaging and voice chat application. But, even he notes that from his experience, there is a competitive inequity that exists within the online format. “Online tournaments are worse,” John said. “I think that’s clear.”

The league has been left to question how competitive online debate can be due to debaters’ varying access to connection strengths and sufficiently able computers, as well as students’ differing time zones. In a normal season, APDA is the home of a year-long competition between different speakers, teams, and clubs who earn points by participating in and winning rounds at sanctioned tournaments. By the end of the year, the league distributes what are colloquially called the “OTY” awards: speaker of the year (SOTY), team of the year (TOTY) and club of the year (COTY). This year, due to the competitive inequity that John mentioned, the online tournaments have been unsanctioned, and, as of now, no OTYs are to be awarded. The body is currently reevaluating this decision, and is considering sanctioning tournaments to be held in the spring.

As a frequent tournament official, John has seen an overall decline in participation. “I want to say numbers are down maybe 50 percent on an average weekend,” he said. “The number of people who have been interested in competing has gone down by a lot; I think that’s reasonably intuitive.”

Allison Ross (NHS ’20), a member of the league’s most recent TOTY, has found that debate, even without competitive laurels to offer, is still serving its purpose. “I’ve judged at a few online tournaments,” she said. “And I think you still get engaging conversations in rounds online, especially because the people who continue to participate in the online season tend to be the people who are most interested in debate for the sake of debating. But you definitely lose a lot of that social aspect.”

Ross is right. Normally, all schools gather in a large lecture hall in between rounds, and schools will have a section of the room that they claim for themselves. I have too many memories of storming back to my team to tell my best friends about a round that was stolen, or about a close tough loss, or a win that I was proud of and had to work really hard for. Too many memories of all of that support for it all to be ripped away, only to be left in a house with people that have no idea what I am talking about when I try to explain my debates, or a text group chat in which I can only vent so much before I get annoyed by the fact that I have to type about my frustration. We still have debate, yes, but I miss being with my people.

John warns that the lack of the social aspect of debate tournaments online might be a bigger issue than one might think. “It makes it more likely that we are going to lose more connections with schools, especially those that are on the fringes of APDA to begin,” he said. “I think that you are less likely to develop personal relationships with people on those teams than you are in a normal tournament season.”

Haseeb Waseem, a debater on Villanova’s team and the president of APDA, has plans to combat this. “A lot of people that care deeply about the league, including myself, my other board members and committee heads, have been trying to try to find a way to simulate the social activities so that way people aren’t left in the dust sometimes with their connections,” he said.

The most notable form of the board’s social initiative in the fall semester was the league’s new underrepresented minority socials, which Haseeb reports gives him great hope for online tournaments going into next semester. Historically, the debate space has been dominated by white men, but by increasing the prevalence of diversity initiatives like the one Waseem mentioned, more groups are empowered to speak. Making those inclusive spaces means the debate community gains valuable perspectives on the issues that may not have otherwise been thoroughly considered, and the education that debate provides can reach more communities. He and the rest of the board plan to expand these diversity and social initiatives to provide more outlets to those competing in the online tournaments.

But what is left? Why do so many people continue to debate every weekend when long-term competition is non-existent and the social side of APDA is severely restricted?

John argues that debate has incredible value even outside of the potential social aspect. “I now defend debate as a pedagogically important activity for learning how to defend positions; I think that’s relatively difficult to teach outside the debate setting,” he said.

Ranen Miao, new to APDA but a former member of the USA Debate Team, has found that this semester has offered him and his club some unique opportunities. He attends Washington University in St. Louis, and usually is only able to attend one tournament per semester. Once the league was able to host tournaments online, however, Miao was able to compete in three tournaments and break out of the novice class.

“I think online debate is really great because for a squad like mine that doesn’t fund travel in a normal year, having virtual tournaments means that we’re able to access every week’s tournament whenever we want,” Miao said. “It’s really important to have these resources and to give students opportunities to test out their skills.”

Ross believes that format is what keeps debaters coming back. “Even when you’re online, the part of the round that is the same is being able to say, ‘This is an issue I care about and I’m going to get a whole hour to do nothing except talk about that.’”

For Miao, it’s that variance and adaptability which makes debate so appealing, regardless of the circumstances. “You can debate everything from ‘Does banana belong in fruit salad?’ to ‘Do multinational organizations benefit the advancement of feminism in the third world?’ The massive array of topics that you can cover is what makes it to be such an intellectually stimulating and engaging event.”

APDA is special because it allows people to talk about issues they are passionate about. It is the home of hundreds of debaters who want to learn from and be part of the conversations in which their peers debate their own passions. The reason the league continues to meet weekend after weekend even though its debaters cannot see each other face to face is not just because they want to be heard or only that they have an innate sense of competitiveness, but rather because they want to be with people who are like them and talk for hours about quite literally anything.

Regardless of whether or not I am able to physically be with my team and yell with them about dumb losses or how I could have done better or a win that I deserved, I still feel that I am part of a community that is committed to supporting each other. Of course, I would prefer to be with my best friends and hear about their rounds and laugh at the stupid jokes we make on the car rides to tournaments, but debate online still provides enough of a similar experience that things can still feel normal. Or at least normal enough.

“When we compete, we’re competing to learn,” said Nick Bukofsky, my debate partner of two years who goes to Binghamton University. “Whether that’s in person or on Discord, it doesn’t matter, because we are still learning. In one round, we might learn about some issue that we have never heard of, like the balance of parliamentary powers in Austria. In another, we might debate with a friend about something silly, like the ethical implications of Charlie and Chocolate Factory; in that round, we are still learning to defend and uphold a position. And if we get to bring our own case to the round, then we get to learn how our position might be flawed and how we can improve it.

Ross said that the community that is built around debate is what first made it so appealing to her. “All my best friends and the people I spent most of my time with ended up being those people I met through debate,” she said. “I just think there’s a kind of personality type that it draws: people who are maybe slightly argumentative but like to talk about issues.”

Debate is not for everyone, but if you happen to fall into that niche group that is attracted to it, it becomes your entire life: your best friends and your favorite activities, all in one place. For Bukofsky, this is the beauty of it. “I’ve heard it said that debate kids are just angry theatre kids. I think that’s really true. We love what we do, we’re passionate about it, but we yell at each other a lot. And for better or worse, COVID isn’t going to get us to stop us yelling at each other for 20 plus hours every weekend.” 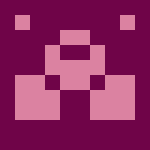