The last year of the pandemic has involved continuously evolving plans from the university regarding COVID-19 response and its reopening status. However, the Voice can now offer a behind-the-scenes look at Georgetown’s coronavirus plans over the past year based on email exchanges between the university administration and the D.C. Department of Health (DOH).

The reasons behind the ever-changing operations plans, certainly while justified under public health guidelines, were often unexplained to students. Communication last spring shifted quickly from increased health measures to the closing of campus. Emails now reveal that as late as March 6, Georgetown was planning on bringing undergraduates back to campus after spring break. The university announced its closure on March 11.

As COVID-19 cases in the District increased over the summer, an initial plan to reopen at a quarter capacity was quickly scrapped, leading to speculation the D.C. government had nixed the initial plan. However, emails between university and D.C. officials indicate Georgetown made the revisions to their Fall 2020 plan without pressure from local government.

These are just some of the revelations found in thousands of emails between Georgetown officials and the D.C. DOH obtained through an open information request. The emails referenced below do not represent all communications between the DOH and the university about COVID-19, as several emails were withheld.

Pandemic response began long before students knew about it

Georgetown entered response mode to the pandemic on Jan. 20, according to an email from Marc Barbiere, the director of Georgetown’s Office of Emergency Management. The university began holding weekly meetings on COVID-19 preparedness and began coordinating with other area universities. The Board of Directors was briefed on Feb. 5 and the emergency response team conducted an exercise on Feb. 19. Planning subgroups on commencement, summer programming, enrollment/admissions, and public health and operations began meeting on Feb. 24, and the university held a faculty town hall on March 2.

Communications between Georgetown and the DOH picked up in early March, though no emails obtained by the Voice suggested either organization was considering a change in the university’s operating status at this time. Most general communications from the DOH or Mayor’s office focused on public schools, with few additional details for universities.

The early emails between DOH and university officials paint a picture of a campus intending to welcome Hoyas back after spring break.

Georgetown sent the first situational update obtained by the Voice on March 3. According to the email, “planning for issues like quarantine, instructional continuity, travel restrictions, visitor policies, etc., has continued since the response began.” At that time, the university identified three outstanding issues: the need to adjust travel guidelines and restrictions, the need to make a plan for what to do if a case was discovered within the university community, and the need for a long-term response and recovery plan if the pandemic continued.

A COVID-19 call between the D.C. government and local universities on March 4 discussed mitigation strategies, including disinfection, according to a follow-up email sent after the meeting. The slide deck from this meeting included information about how to get a COVID-19 test, advice to postpone or cancel foreign exchange programs, and how to notify the government of positive tests within the university community. The slides did not include mention of university closures or major operational changes. Email correspondence suggests that area university administrators desired more information before students left for spring break. On Feb. 26, when DOH first organized this call, Kathleen Fox, assistant vice president, health and safety, at George Washington University, asked to push the date up so universities would have more time to plan before the spring recess. In the end, the date was not changed. It is unclear if there was an attempt to have the call rescheduled, but in the end the date was not changed.

On March 5, Georgetown, as well as other universities and businesses, received an email from the DOH with posters to hang around campus regarding COVID-19 prevention. According to the email, there were no cases in the District at the time. The following day, the university sent updates to its initial situational update. In this email, they informed D.C. the university was making preparations for quarantine spaces and dealing with positive cases. The first reported COVID-19 case in the D.C. area was the reverend of the Christ Church of Georgetown.

The Voice did not obtain any further communications on the Spring 2020 response.

Communications between Georgetown and the DOH about reopening for the fall 2020 semester began in late May, with a meeting with a consortium of local universities to discuss contact tracing and reopening plans. In early June, Interim Principal Senior Deputy Director of DOH Ankoor Shah reached out to Barbiere to ask if Georgetown had unofficial plans about how many students they would bring back to campus. Barbiere called him in response.

On July 1, Barbiere began a discussion about the first fall health and safety plan with the DOH. The plan called for most freshmen to return to campus in the fall, with the university following a hybrid format. The Voice did not obtain any emails indicating the government was opposed to the plan. At least some members of the DOH received the full plan July 6, the same day it was released to students, and on July 7 Shah said the DOH had no major concerns with the proposed reopening.

Georgetown spent most of July implementing the first plan

After Shah reviewed the plan, he sent Georgetown a few questions and suggested updates, but the two organizations seemed to be moving towards a plan they could both agree on.

Georgetown worked with the government to set up testing sites, hoping to get the first one up by July 16. The permits for testing tents were approved on July 23.

One day before on July 22, Georgetown’s Vice President for Government Relations & Community Engagement Christopher Murphy emailed Shah letting him know the plan was ready to be submitted for approval.. However, Murphy asked if Georgetown should hold off until receiving an expected communication from the Mayor’s office to D.C. universities that might require further revisions. Shah said the plan was good from the point of view of the DOH.

That same day, Mayor Muriel Bowser sent an order to universities with updates to COVID travel guidelines, including requiring residents to quarantine after non-essential travel to high-risk areas. The order does not specifically require action from universities, other than saying they may require students to comply with the order.

The change to the fall plan appears to be university-driven

The emails obtained by the Voice did not include any communications from the D.C. government asking Georgetown to substantially change their fall plans. The first mention of such a change came from Murphy on July 29, just hours before the updated fall plan was sent to the university community.

In an email to government officials, including Shah, Murphy wrote that the university would be revising reopening plans to operate fully online with a limited number of students on campus. “The national increase in COVID cases has given us no choice but to reconsider,” the email read. In a second email, Murphy wrote that Georgetown didn’t see a way to reopen and keep the community safe. No responses indicate the D.C. government had mandated Georgetown alter its reopening plans. 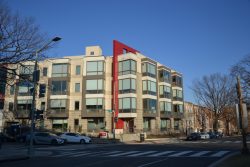