Following months of negotiations and conflict between the Washington Teacher’s Union (WTU) and the D.C. Public Schools (DCPS), in-person classes have reconvened after almost a year of virtual learning due to the ongoing pandemic. The tension culminated in the District filing a restraining order against WTU to prevent a potential strike against reopening.

DCPS was set to fully reopen in November of last year, but these plans shifted after 93 percent of WTU members expressed “no confidence” in the safety of the DCPS reopening plan. Several teachers went as far as to stage a “sick-in” by falsely calling in sick from work, causing classes to be cancelled.

WTU and DCPS finally reached a reopening agreement in December, though some of WTU’s demands remained unmet.

“Even though we didn’t get everything we wanted, it’s something I believe we can work with on ensuring that safety protocols are going to be observed,” WTU President Elizabeth Davis said about the reopening agreement.

While the agreement required that only teachers who are willing return in the second quarter of the school year, more could be forced to re-enter school buildings in the third and fourth quarters, unless they are at higher risk of complications from COVID-19. Though this was a major concern for Davis, she proceeded with the agreement because of other wins for WTU, including personal protective equipment for teachers, required walk-throughs of school buildings by leadership to ensure their safety, and a more modest reopening in the form of “CARE classrooms,” in which students attend virtual classes in a school building with staff supervision.

Concerns about teachers’ safety were exacerbated by the death of WTU teacher Helenmaire White who died of complications due to COVID-19. On Feb. 9, WTU filed a grievance claiming that health and safety protocols were not properly enforced in the school where she worked. A spokesperson for DCPS said that White informed the school that she was exposed to the virus by someone outside the school. According to Davis, the school did not inform the community that a teacher had tested positive for 11 days.

As the planned reopening date of Feb. 1 approached, WTU made a last-ditch effort to delay the start of in-person classes by opening an emergency arbitration, claiming that DCPS had not abided by the terms of the December agreement. The complaints included inadequate HVAC systems and incorrect walk-throughs in the schools. The arbitrator ruled that the claims were not substantial enough to delay the opening of schools, but that two schools, Coolidge High and Watkins Elementary, required additional walk-throughs.

“The arbitrator’s decision makes it clear: all of our schools are safe and ready to reopen, and we look forward to welcoming back thousands of students and teachers on Monday,” DCPS Chancellor Lewis Ferebee wrote in a press statement.

Prior to the February arbitration, Davis revealed that WTU would be willing to file an injunction if their demands were not met.

The District filed a restraining order on Feb. 1 to prevent a possible strike by WTU members after a string of union meetings discussing how to prevent teachers from being forced back into classrooms, including a potential plan to file for “mental health” leave until teachers could be vaccinated or the terms of their December agreement were met. These meetings followed a notification from the city reminding WTU that their employment contracts prohibit them from striking. At the time the restraining order was filed, the WTU members had not taken a vote to strike, according to Davis.

The restraining order request was part of a larger complaint by the city regarding the illegality of WTU’s discussion of striking, and a hearing for that complaint is slated for May 7.

“When your boss tells you that this [is] where you need to be, at work, that’s where you got to be,” D.C. Mayor Muriel Bowser said at her regular news conference on Feb. 1.

A D.C. Superior Court judge was set to hear arguments regarding whether the restraining order should be granted on Feb. 9, but decided to dismiss the hearing until WTU voted on striking later that day. The union voted against a strike, causing the city to withdraw its request for a restraining order.

Despite lingering tension between WTU and the District, local students returned to their classrooms on Feb. 2, pushed back a day due to weather conditions.

Following the Food and Drug Administration’s approval of the Johnson & Johnson vaccine for COVID-19, Bowser announced that all teachers and staff in schools and child care facilities would be able to pre-register for a vaccine appointment as of last week.

“As we continue through the school year, look ahead to the summer, and prepare for the future, we look forward to eventually welcoming back all students,” Bowser and Ferebee said in a letter on Feb. 5. 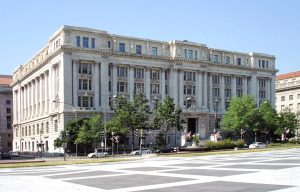