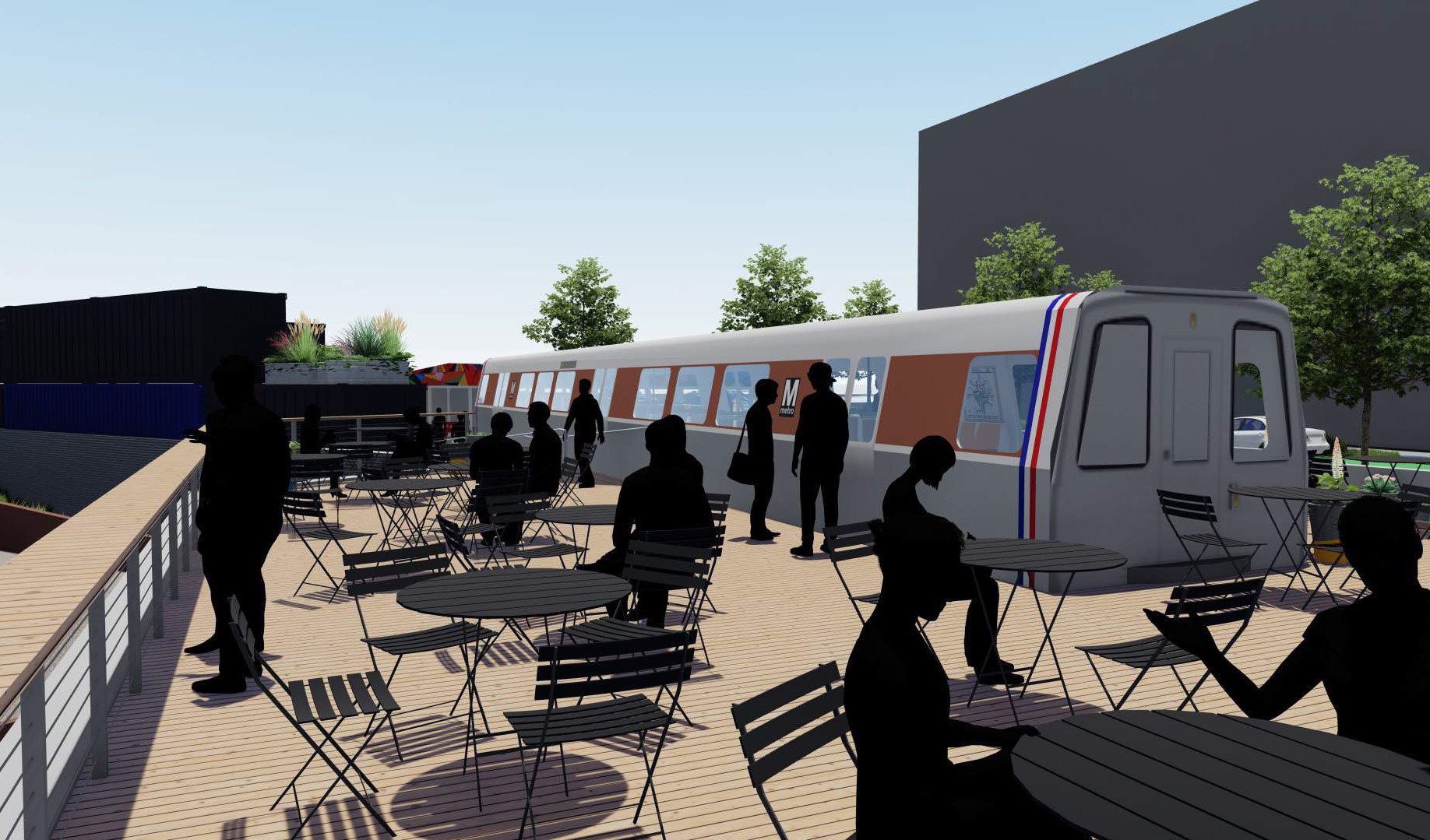 At 640 Rhode Island Ave, N.E., right off of the Rhode Island Ave-Brentwood Metro station, a new bar and venue for the arts will be welcoming the public this spring. This is no ordinary bar. Not only is it an artistic addition to the city, but it is fashioned out of a 5000-series train straight from the D.C. Metro, where it served from 2001 to 2018.

The establishment, appropriately named “metrobar,” aims to serve its guests— known as  “passengers”—in an accessible environment where Washingtonians can engage with the District’s artistic community, local music, and history.

According to Jesse Rauch, one of the co-founders, the community-building aspect of the bar is crucial. Rauch emphasized the importance of metrobar acting as a center of cultural communication while being an actual bar. “Since this is so iconic for D.C., it’s a requirement of us to ensure that we use it to connect all eight wards, that we use it as a venue and platform for the art, music, and culture of the city,” he said in an interview with the Voice.

Along with his partners John Groth and Matt Weaver, Rauch recounted that the idea for metrobar ironically came out of an evening of drinks. The trio reflected on  D.C.’s architecture and what exactly defines the city. For Rauch, the Metro’s “light brutalism” and “hopeful aspiration” epitomize D.C.’s style. The defining question that engendered metrobar was then posed: “So what if we got a train and turned it into a bar?”

And when Washington Metropolitan Area Transit Authority (WMATA) announced in October of 2018 that they were phasing out their 5000-series trains, the opportunity to make metrobar a reality presented itself.  “We were able to then figure out how to acquire one,” Rauch said. “It’s not easy to go buy a train.”

With two trains and two partners, Rauch, a former teacher with experience in event planning and non-profit work, set forth to bring a vision of vibrant culture to life. Although the details of metrobar changed multiple times throughout the process as the three discussed details, a theme of community continually underscored Rauch’s narrative.

Even given the challenges of operating and eventually opening a public food venue during the COVID-19 pandemic, Rauch and his partners seek to bring as much benefit to the local community as possible. From collaborating with local vendors to making pricing accessible to as many people as possible, the team is working to ensure that their location can be a welcoming space to guests.

The metrobar venue itself will be centered around one of the two 5000-series cars Rauch and his partners purchased from WMATA, surrounded by outdoor seating and spaces for people to congregate. The project receives funding from Events DC through its partner, Metro Creative. The train car has been renovated and refurbished. “People usually ask, ‘Did you take out the carpet?,'” Rauch laughed. “That was the first thing to go.”

Passengers will be able to sit inside the Metro car on original reupholstered seats, and bar windows will face onto a surrounding patio with more seating. “If you’re sitting on the patio, you’ll actually be able to watch the Red Line go by, as well as some freight trains that go by Union Station,” Rauch added. “I think that’s kind of exciting, that we can be sitting in a train, watching a train.”

The venue will also include a family area, private spaces for small groups, and tables for different party sizes, according to Rauch. Additionally, the metrobar team has stacked cargo containers, creating a wall for potential outdoor movies, digital programming, and a mural.

Beyond its unique physical appearance, the creators plan metrobar to be a real haven for D.C.’s cultural community. “It’s cool to say that there’s a train coming, but what’s going to be even cooler is what we bring into the programming at metrobar,” Rauch said. “You’ll see music, different artists coming in, exhibitions of different pieces of art, photo expositions- really trying to tap into the cultural things that happen here like JazzFest.”

The team has invited local artists to create murals for the space and is relying on local vendors for their project, from local website designers to local food delivery services like D.C. To-GoGo. “We’re looking at only local makers in terms of our cocktails, beer, wine, and spirits,” added Rauch. “We’re only looking at what you can access through the Metro system there.”

In creating this cultural space in Ward 5, an area of D.C. whose residents are 55 percent Black and 31 percent white, metrobar wants to be an amenity, not a disruptive force. “We’ve taken a very strong stance that we have to work with the community and not just plop ourselves down,” Rauch said.

Part of the goal of metrobar is to engage in conversations about D.C., how it’s changed over the years, and where it’s going. Rauch pointed to dialogue in D.C. about the cultural heritage of music with go-go (the official music of the District), and “Don’t Mute D.C.”  as part of what metrobar hopes to take part in. “We want to be a place where that dialogue can happen and people can come in and say ‘I don’t know the answer.’ Maybe metrobar can serve us the same way. Maybe there’s some program I can show up to that will help us understand what’s happening in the city,” Rauch said.

Rauch hopes metrobar will be a multigenerational and multicultural environment for the District’s residents. “There’s a deep history in this city of both division and coming together in unity,” he said. “We want to make sure we’re living in the space properly.”

This goal, in one of the most diverse regions in the U.S., is no easy task— something Rauch openly acknowledged. “We might not get it exactly right but I think that we’re going to try to be honest people that are willing to engage in dialogue, particularly when we mess up.”

While many are excited at the opportunity to eat and drink on a Metro car, according to Rauch, the heart of this project is serving D.C. “We want this to be a diverse and welcoming space for everyone in the city,” said Rauch. “We really want to be a place that D.C. can come to and say, ‘Yes, I feel and see my home here.’” 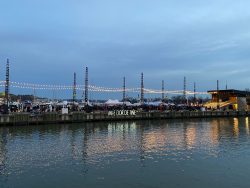