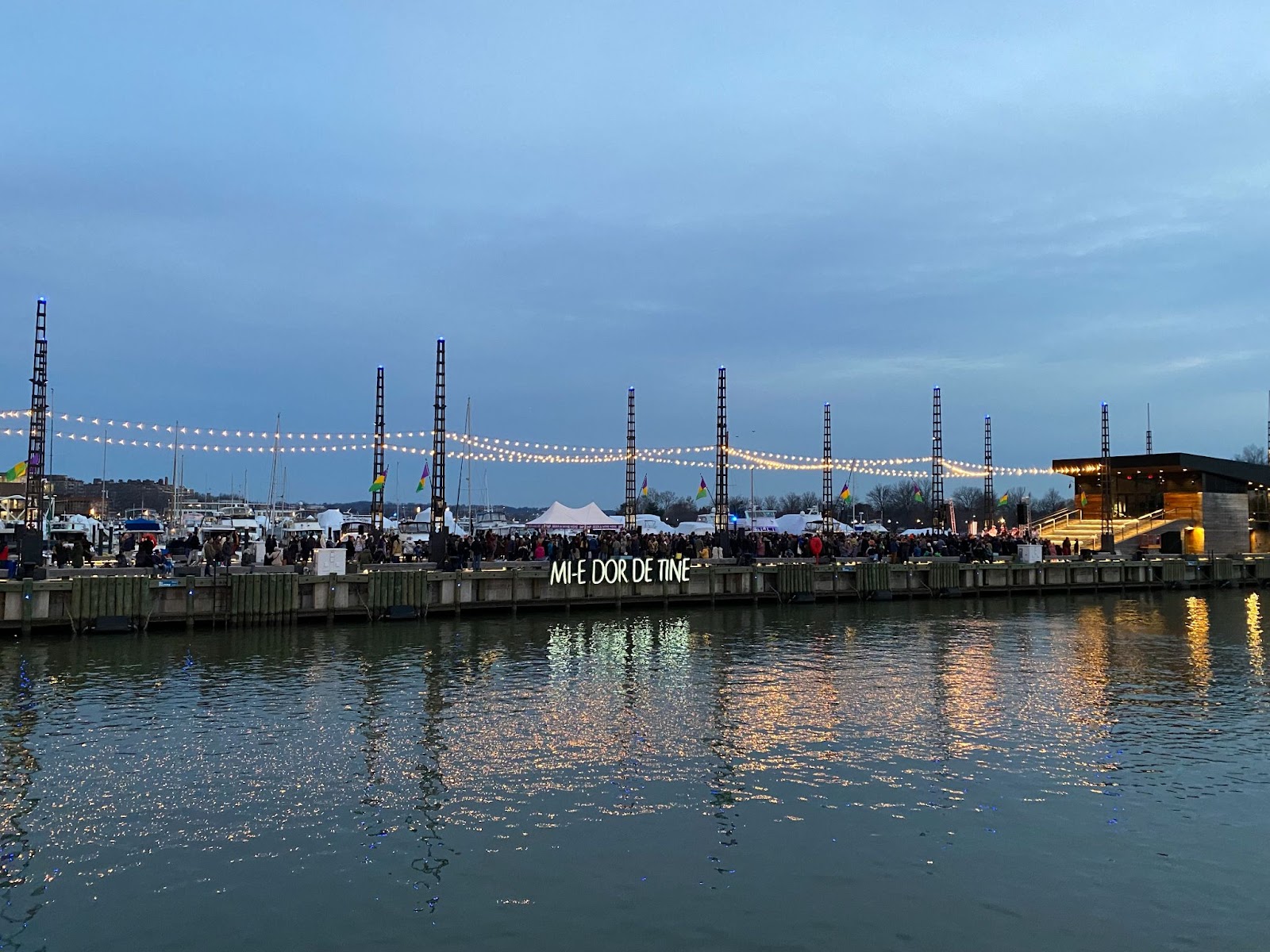 On Feb. 14, the phrase “Mi-e Dor de Tine”—translation from Romanian: “I miss you”—lit up in neon lights on the docks of The Wharf. The message intends to connect Romanians who currently live outside of the country’s borders to their homeland and is scheduled to last until March 31 of this year.

The light artwork at The Wharf is not the only one of its kind. In November 2019, the message was first displayed in London to remind Romanians living in the city that Romania misses them and that they have not been forgotten.

Two years later, the lights arrived in the United States with the same message appearing on the Britannica Building in the heart of Chicago, which has one of the largest Romanian communities in the country.

The idea for this art was created by the Daisler Association, an NGO based in Cluj-Napoca, Romania. Since its foundation in 2016, the NGO has been dedicated to running cultural projects in urban spaces and showcasing the work of artists, designers, and architects.

“Mi-e Dor de Tine is a simple, yet profound statement that manages to touch the souls of those speaking Romanian in a very personal way,” Andi Daiszler, president of the Daisler Association, said. “It gives them a sense of comfort and hope.”

The lights themselves were built by Adrian Bălan and Caralux Bucureşti, and the exhibitions in London, Chicago, and Washington D.C. were all endorsed by the Romanian CEC Bank.

In 2019, a reported 10 million Romanians were living abroad to escape the poverty and corruption in Romania. The Daisler Association’s light exhibits are directed towards those who have left, attempting to spread a message of unity and hope that conditions within Romania will improve and allow people to return.

The lights also try to express the sense of longing that Romanians feel to return to their country. However, due to the present state of the country, returning is not a possibility for everyone.

Those living abroad have taken photos in front of “Mi-e Dor de Tine” lights and sent them to family still in the country and have received pictures in return with the “Şi Mie” or “Te Aştept” lights. It has brought families together even if they are an ocean apart.

The goal of this series of light artworks is to show Romanians who have left home that they are still loved and welcomed back into the country. Having the sister versions of “Mi-e Dor de Tine” lit up in Romania emphasizes the mutual feeling of longing.

“The message is reminding us of the things that matter: our homeland, Romania, our community, family, and friends. It can be a strong connection between us all, one that generates strong emotions,” Andrei Muraru, the Romanian ambassador to the United States, said.