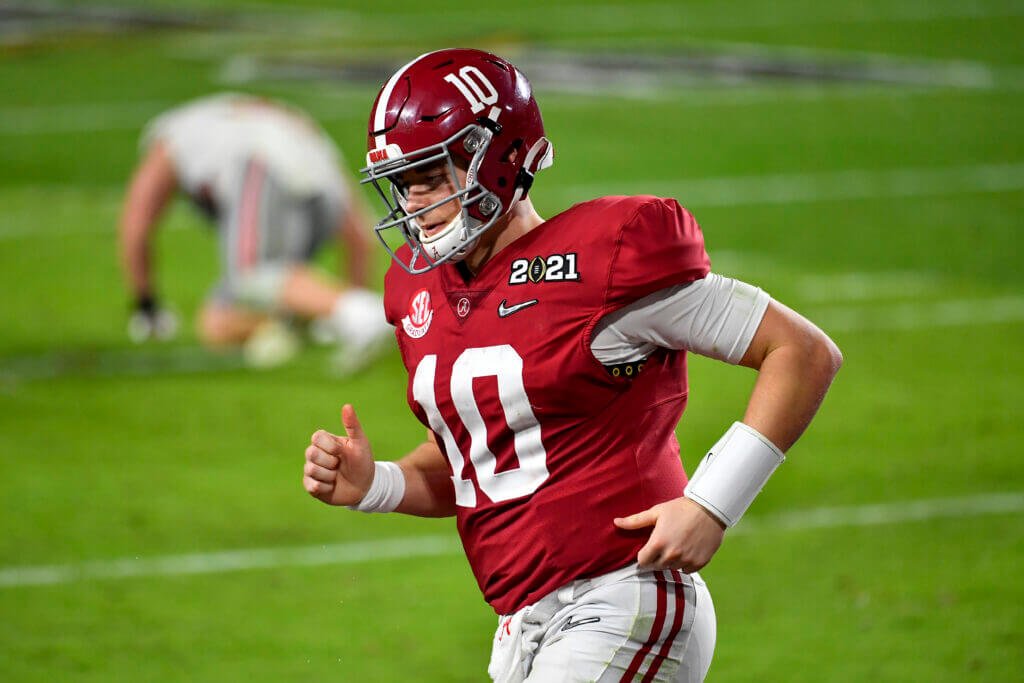 Photo courtesy of The Athletic

Kyle Shanahan and John Lynch, the San Francisco 49ers decision makers, have completely flummoxed me with their titanic trade to move from No. 12 to No. 3 in the upcoming NFL Draft. I have my reservations about the price the Niners paid in moving up, but more than that, this simply has to be the most fascinating pre-draft trade in recent league history. Previously, San Francisco had a roster that many feel could have contended in the long-term even without a world-beater at quarterback. However, there’s also a very real possibility that the current core – with Jimmy Garoppolo, two great tackles in Trent Williams and Mike McGlinchey, George Kittle, Nick Bosa, Fred Warner, etc. – sees an injury or underperforms one season and regresses to a seven or eight-win season in the tightly contested NFC West. That’s exactly what happened in 2020, of course, as Garoppolo, Kittle, and Bosa all missed time and the Niners finished at 6-10.

What Shanahan and Lynch did, as best I can tell, was take a promising but ambiguous five-to-ten year outlook and compress their future into two windows with potentially greater upside and certainly a more severe worst-case scenario. The first window will be during the third overall pick’s rookie contract. Over the next four years, San Francisco will probably be able to hang onto that core – maybe they’ll lose Warner, maybe Dee Ford – and if the pick pans out that’s a roster that can certainly mount another Super Bowl run. The downside during this period is also massive, because if the pick doesn’t materialize, injuries hit again, etc., the Niners could be handing as many as two more top-fifteen picks to the Dolphins. And Shanahan and Lynch are betting that won’t happen in a division where they’ll be jockeying with Matt Stafford, Russell Wilson, and Kyler Murray for playoff spots. The second window the trade creates is five years down the road, when the third pick will presumably be on his second contract. The current core will mostly be past their primes and thus could be off the roster, there will be two fewer affordable recent first-rounders in the fold due to the Miami trade, and San Francisco will go as far as their Mr. Third Overall quarterback and other players signed from to-be-determined sources will take them. If the new QB busts, of course, the Niners are in serious trouble with no first-round picks in 2022 or 2023.

This gamble is so fascinating because the pressure on the Niners’ eventual selection will be massive. Excuse how obvious this metaphor might be, but Shanahan and Lynch are modern-day forty-niners, packing up for the Wild West that is the Draft QB crop to pan for gold.

Alright, so we can see what the Niners’ outlook looks like now. The boom-or-bust nature of the trade has been established. Are they actually going to take Alabama’s Mac Jones with the pick?

I say no. Yes, Kyle Shanahan is the guy who took Kirk Cousins in the fourth round in the exact same draft that Washington owner Dan Snyder pushed for Robert Griffin III second overall. And I get that Shanahan also wanted Cousins to be the Niners’ QB in the 2018 offseason before Garoppolo became available. Jones perhaps profiles similarly to Cousins. Shanahan and Lynch also attended Jones’ pro day in-person instead of Fields’ and Lance’s (both QBs had another pro day at which Shanalynch were spotted).

It’s that nugget, the two 49ers head honchos going to Jones’ pro day, that propelled the Jones-to-SF runaway freight train. But, I mean, they didn’t necessarily go to only see Mac. Alabama happens to be the biggest NFL factory in the nation, and they had over a dozen draft-eligible players working out on March 23. I would’ve wanted to see those guys too, and both Shanahan and Lynch got that second pro day from Lance and Fields. So maybe this is all a bit off the rails.

Sometimes, though, the simplest explanation is the most plausible one – San Francisco did not just mortgage their future and move up all the way to third overall to select Mac Jones when the Alabama QB very well could have still been on the board at twelfth overall because, well, Jones doesn’t exactly have third overall pick upside. Remember that San Francisco will contend beyond this year. Remember that Jimmy Garoppolo, more than any of the prospects, probably still gives the Niners the best chance to win next year. Add that up, and we are probably looking at a Kansas City-esque succession plan, where the reins are passed over from Jimmy G to the prospect a year from now. What San Francisco is looking for, it seems obvious, is a high-ceiling player. For all of the talk about “Shanahan looks for pocket passers,” it’s also generally accepted that Fields and Lance both have more natural arm talent than Jones and could very well be better pocket passers a year from now.

Jones is pro-ready. He rose to the occasion time and time again last season and I feel unusually confident in saying he will be a #8-#16 quarterback in the league for about a decade. But San Francisco did not just make an all-in trade to take a quarterback without the top-five ceiling to match, especially not when being “pro-ready” is not a crucial consideration with Garoppolo easily able to be worked into the team’s plans for at least another season.

By the way, just for kicks and giggles, my prediction is they take Lance. Both Fields and Lance have questions about how they’ll develop that Tom Brady quick processor from first read to second read, etc., but almost all of our film on Lance is from when he was nineteen years old and my gut reaction to watching his highlights is that the ball just explodes out of the Minnesota native’s hand. I get the whole FCS competition thing is a concern, but that seems like more of a built-in excuse for evaluators who are trying to insulate themselves from criticism if they pass on Lance and he explodes. Lance might be making the bigger jump competition-wise, but you know who also played with some loaded dice in college that makes them a tough evaluation? Justin Fields and Mac Jones, who had better teammates and coaching than all of their opponents. I think Shanny thinks he can turn Lance into a heck of a quarterback with seasoning. 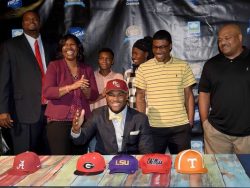