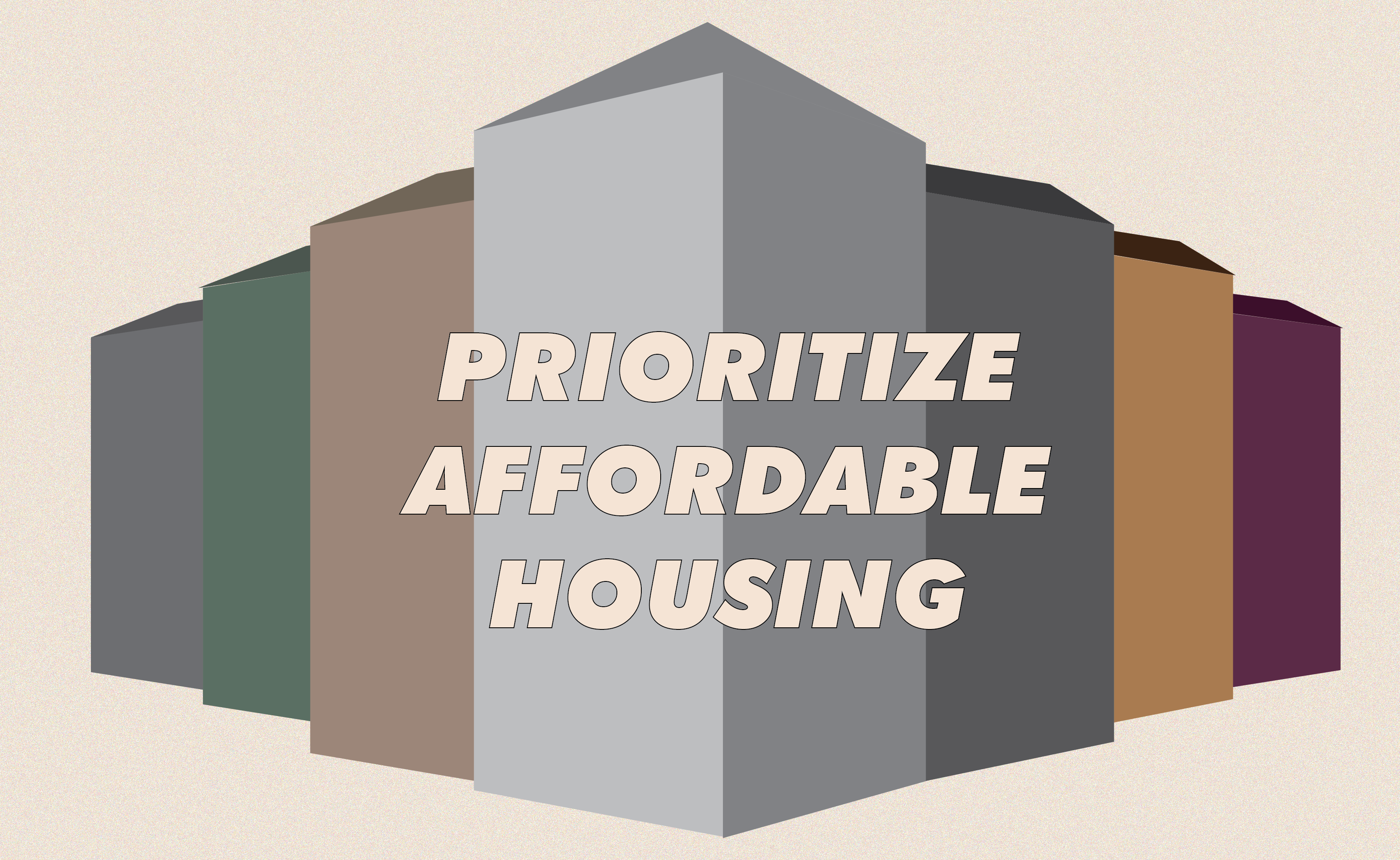 With the Center for Disease Control’s (CDC) eviction moratorium in legal danger and housing insecurity exacerbated by the pandemic, the D.C. government must take action to protect the 7,800-15,800 residents at risk of eviction and over 5,000 currently experiencing homelessness. Cancelling rent, empowering tenants, and expanding deeply affordable and permanent supportive housing programs are crucial steps to aid unhoused Washingtonians.

Beyond their typical classification as an economic justice issue, homelessness and housing are also key racial justice issues, making them even more imperative to address. Over 85 percent of individuals experiencing homelessness in the District are Black, despite the fact that Black individuals make up only 45 percent of the District’s total population. Systemic racism is a driving cause of this egregious trend, creating a web of reinforcing inequities. Racist policies in education, hiring, lending, and policing have impeded wealth accumulation in Black families. Black applicants for affordable housing are also less likely to receive offers than white counterparts with worse credentials. This drives a substantial racial homeownership gap that also makes Black individuals much more likely to rent—and be vulnerable to gentrification, forced displacement, and eviction—than white individuals.

The pandemic has only exacerbated the racial and economic disparities that lead to housing insecurity and homelessness in D.C. During the ongoing moratorium on residential evictions, which began last September under a CDC directive to facilitate self-isolation, renters have racked up payments that will be due when D.C.’s moratorium expires, potentially as soon as July 20. However, many renters have no more ability to pay than they did a year ago, with 5.6 percent of D.C. metro residents still out of work and countless more working part-time or lower-waged jobs than they were a year and a half ago. Add to that the well-told inefficacies of D.C.’s unemployment system that have resulted in delayed and missing payments for half of claimants and the expectation that a year and a half of rent can be paid this July is not just unrealistic, but offensive.

Cancel Rent D.C., a collaboration between 12 local organizations, has put forth a proposal to protect both residents on the brink of eviction and landlords. Under this proposal, tenants who have been economically harmed by COVID-19 would not be responsible for unpaid rent, cannot face eviction for missing rent, and cannot be reported to credit agencies for not paying rent, which is crucial to long-term housing stability. Landlords, meanwhile, will be reimbursed as long as they commit to a five-year rent freeze for the tenant’s unit. We believe this proposal must be implemented.

All rental aid programs must also be implemented effectively. The city government’s failure to allocate over 500 fully-funded federal housing vouchers and a hard-to-navigate application process points to a deeper mismanagement issue within the D.C. Housing Authority and the Department of Human Services (DHS). When hundreds of eligible individuals and families are not receiving housing due to bureaucratic incompetence and barriers, something is deeply wrong.

Likewise, it is not just the last year of missed rent that shows the injustices of D.C.’s housing market. Rising prices, limited tenant protections, lack of affordable housing, and gentrification are all pushing residents out of the housing market or into worse living situations, with more than 30,000 Black residents displaced between 2000 and 2016. The median Black income in the District of $48,700 is just one-third of the median white income, and affordable housing programs targeted at families making up to $88,000 often take away opportunities from Black residents who are extremely low-income. The failure of D.C.’s affordable housing programs to aid low-income residents of color makes it all the more crucial that tenants’ voices are heard as housing solutions are discussed. Yet just one tenant was appointed to Mayor Muriel Bowser’s “Saving DC’s Rental Housing Market Strike Force” of 31 members.

The continued domination of the affordable housing conversation by developers and landlords misdefines the problem of overzealous and unjust evictions as “problem tenants.” This excludes the experiences of those who are regularly denied housing when they say they will pay with a voucher or a landlord sees a past eviction on their record. Bowser should appoint at least 10 tenants immediately to the strike force to better center tenant needs, especially those of low-income tenants of color, in policy.

D.C. should also edit its Comprehensive Plan, an outline of the next 20 years of development. The plan was heavily criticized for failing to prevent the displacement of residents of color and for incentivizing gentrification. An initial assessment by the Council Office of Racial Equity found the plan would perpetuate racial inequity in the District. Even after updates, the plan, which was advanced by the D.C. Council on May 4, still fails tenants.

First, the plan’s definition of “affordable housing” continues to be over-inclusive, obscuring the needs of the lowest-income residents, often residents of color. It also includes a future land-use map which gives developers wide latitude to operate in low-density neighborhoods, often pricing lower-income residents out. In their edited plan, D.C. should create a category of “deeply affordable housing” to ensure the poorest tenants are actually supported.  It should also include concrete steps to enfranchise community members in the development process and ensure continued residency. Without more binding language or concrete legislation emphasizing equity and tenant protections, the plan’s promise to empower residents rings hollow.

Lastly, D.C. must take action to protect and house those experiencing homelessness beyond the end of the pandemic. The DHS plans to end the Pandemic Emergency Program for Medically Vulnerable Individuals (PEP-V) in September. PEP-V utilized federal dollars to place what will be over 800 highest-risk individuals experiencing homelessness into hotels, keeping them out of medically compromising locations like shelters. While the PEP-V model is supposed to move program residents to permanent supportive housing (PSH), DHS has relocated residents at a rate of only about 3 percent per month. By the scheduled end of PEP-V, hundreds of its participants will not have successfully secured permanent housing.

PEP-V must be expanded, and its units subsequently converted to PSH, considered by advocates to be the most effective housing assistance program. Buying other hotels is an achievable additional step to take to increase capacity; a significant driver of the slow conversion rate is a housing shortage in D.C., with over 90 percent of eligible PSH units already occupied. The conversion of current PEP-V lodging into PSH is a key step towards creating more permanent housing options, a move that will not only be cost-cutting (saving the D.C. government more than $120,000 annually per unit), but will also take residents out of the control of DHS, an agency many have had harmful experiences with. Though PEP-V-converted PSH will not be suitable for every individual, its expansion will still prove crucial for many.

More than anything, the last year has shown how vulnerable the population of D.C. is to housing insecurity. When missing a few months of work means losing housing, the system is not working. When people are still sleeping on the street as housing vouchers go unused, the system is not working. Our government must prioritize affordable housing, tenant protections, and effective rent aid now. We cannot afford to wait.