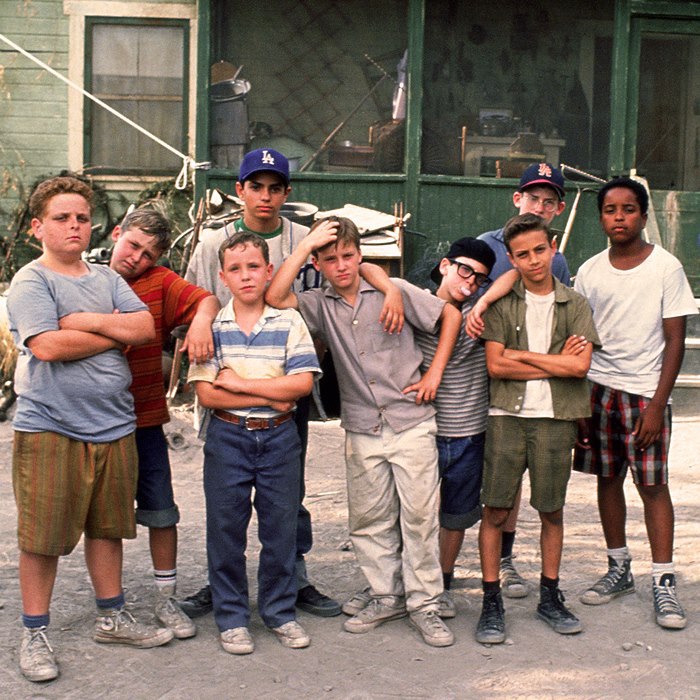 Roman is a Giants fan. Annie is a Dodgers fan. By the rules of all things sacred, the two of us should not be friends. Yet somehow, we are, even though we don’t really see eye to eye on anything baseball-related. Besides hating the Astros, the only thing we can agree on is the cultural value of baseball movies. With summer break hitting (haha get it), we wanted to give you our ranking of baseball films for your perusal.

AH: There is no question that The Sandlot is one of the best baseball movies of all time, and we argue that it is simply the best. Better than all the rest. Even if you don’t like baseball at all (ouch, but fine), this is a cinematic staple that just needs to be watched by all. The Sandlot features the quintessential loveable team of little league misfits as they face rival teams, pool lifeguards, chewing tobacco, and the Beast. Little league star Benny Rodriguez mentors newbie Scott Smalls in the ways of baseball while the whole team learns a little bit more about growing up in an unforgettable and epic summer. With the spirit of The Great Bambino (The Sultan of Swat! The King of Crash! The Colossus of Clout!) and James Earl Jones, this coming-of-age movie is both timeless and flawless. If I have children, this film will be a required viewing, mostly because I will never stop saying “you’re killing me Smalls!” on the daily and they’ll have to understand. Please watch this movie, we promise you will love it.

Was Benny Rodriguez my first crush? Yes. (Spoiler alert) Does my heart grow three sizes every time I remember he went on to play for the Dodgers? Obviously.

RP: Remember kid, there’s heroes and there’s legends. Heroes get remembered but legends never die. Benny Rodriguez will never die. Even if he stole home on the Giants.

RP: “This field, this game—it’s a part of our past, Ray. It reminds us of all that once was good, and it could be again. Ohhhhhhhh, people will come, Ray. People will most definitely come.” Chills, every time. Perhaps in a way that no other movie on this list does, this movie makes me misty-eyed. Maybe it’s because baseball has always been a link between my dad and I, but something about Ray Kinsella (Kevin Costner)’s neverending pursuit of making amends with his father, John (Dwier Brown), tugs at my heartstrings. Of course, Field of Dreams is also a baseball history lesson, shining the spotlight on players like Shoeless Joe Jackson (Ray Liotta) and Archie Graham (Frank Whaley). And it is so aesthetically pleasing: there is just something about a diamond in a cornfield that can’t help but amaze.

RP: I am an unabashed superfan of Chadwick Boseman and going back to this movie digs at a scar of mine that still has not healed. This was the movie that made Boseman a certified star, and it’s not hard to figure out why. Boseman becomes Jackie Robinson, the first Black man to break MLB’s horrific color barrier. Boseman plays Robinson with a chip on his shoulder, weariness in his eyes, and a spring in his step, never letting his head down when the whole world wanted him to quit. Jackie’s story is obviously one of the most iconic and important in the history of the MLB, which is why it was so important that a movie on the man got things right. 42 does that and more, showing a new generation of viewers just how important Jackie Robinson was, and all he had to take to get to where he ended up.

AH: This one has some sentimental value for me since my mom showed it to me when I was younger. As a Tom Hanks fan, an aggressive baseball fan, and a softball player (I played catcher and center field, they called me “Lightning”), this film checked all the boxes for young Annie.

But you don’t have to be a softball player or obsessed with Tom Hanks to love A League of Their Own. It is hilarious, heartwarming, and an absolute joy to watch. The film revolves around a fictional account of the real Rockford Peaches, one of the first teams in the All-American Girls Professional Baseball League which was founded during World War II, and how they came together to become the most successful team in the league and find an established home in baseball as women in the 1940s. With Geena Davis, Lori Petty and Madonna at the lead, and Tom Hanks as the cynical manager who naturally comes around in the end, the performances are fantastic and the whole film serves as a reminder that there is nothing like the camaraderie formed out on the field.

Watching it as a young, female player was inspiring, and there is nothing cooler than Geena Davis falling into the splits to make an out.

RP: As someone who has, in fact, cried in baseball, this movie has a special place in my heart. It also always reminds me of the fact my 7th grade baseball team got absolutely carved up in the playoffs by a female pitcher who was so good.

Editor’s Note: We want to acknowledge that Major League is nowhere near a perfect film, especially considering that it revolves around Cleveland’s baseball team, a team whose current name (the Cleveland Indians) is racially and historically insensitive and will be changed in the near future.

AH: Whenever I’m in a bad mood, I play songs from the soundtrack of Major League and I think about the final scene, and all of a sudden, I am happy again. This film sparks pure joy—I mean how can you go wrong with a baseball comedy? Set up for failure by a disgruntled owner who wants to move the team to Miami, the fictionalized Cleveland Indians have to band together to win the division championship, overcoming their own shortcomings and a myriad of obstacles along the way. Top-notch performances from the team of misfits include Wesley Snipes as outfielder “Willie Mays Hayes” (come on, that’s hilarious), Corbin Bernsen as the third basemen prima donna, Charlie Sheen as the ex-con with a wild pitch but terrible eyesight, and Tom Berenger as an older catcher, whose side plot romance with Rene Russo fits in perfectly. It’s a classic feel-good comedy that makes you root for the underdogs, and by the end of it, you’re up dancing to “Wild Thing” with the whole crowd.

RP: I actually watched this movie in Durham, North Carolina when I was staying with my friend Josh Klein, current Voice Spread Editor, and got to go to the fields where it was shot which was so fun. Yet the movie is great regardless of your proximity to the Bull City, mostly due to the performances. The chemistry between Crash Davis (Kevin Costner) and Annie (Susan Sarandon) is palpable and Tim Robbins is able to turn the potentially one-dimensional Nuke LaLoosh into something much more. At its core, the film is about relationships, both on the diamond and off. The filmmakers did an excellent job ensuring it  was realistic to the setting of a minor league baseball town, but, at the end of the day, the crux of the film is in the little moments between Crash and Annie as their relationship shifts and evolves. Watch this movie for Costner’s “I believe” speech if for nothing else. It has stuck with me to this day.

AH: GIVE KEVIN COSTNER HIS OSCAR. He has done SO much for the baseball film community. We haven’t even mentioned For Love of the Game (1999).

RP: Everyone had a favorite movie to watch when they were sick as a kid. This was mine. I must have worn out the DVD of this movie I had as a child, watching Yankee (Jake T. Austin) and Screwie (Rob Reiner) as they travel across the country seeking to rescue the bat of the mighty Babe Ruth, after it had been stolen and the crime pinned on Yankee’s father. Of course, hijinks ensue, as Yankee encounters transient workers, a Negro League baseball team, a girl named Marti (Raven Symone) and even the Babe himself. The tremendous voice cast is rounded out by William H Macy as the dimwitted Lefty and his boss, the nefarious Mr. Cross (Robin Williams). Williams is phenomenal in the role and a certain scene in a train station between Cross and Lefty lives in my mind rent free. I will be showing my kid this movie someday and letting them know that, like Yankee, they can be everyone’s hero.

RP: Growing up in San Francisco, the A’s were ever present. Most A’s fans hate the Giants (we did screw them when it came to San Jose territorial rights), but, for me, there was always something enticing about the band of misfits across the Bay. This movie, starring Brad Pitt as Billy Beane, perfectly encapsulates Oakland baseball and demonstrates the seismic shifts that have been happening in the MLB. (No, not those seismic shifts). Pitt’s Beane is handsome, neurotic, charismatic, cocky, and, above all, a baseball genius with enough charm to fill any front office. Supporting characters like Peter Brand (Jonah Hill) and Grady Fusion (Ken Medlock), in conjunction with Aaron Sorkin’s script, make what could be dry material into something more. Not to mention the baseball scenes are pretty realistic, and even interspersed with actual footage.  There is no happy ending, but there doesn’t need to be for this to be a classic.

AH: In this house, we love and respect biographical sports films and Jon Hamm, therefore Million Dollar Arm makes our list. Based on the true story of baseball pitchers Rinku Singh and Dinesh Patel, the first Indian players to sign with an American major league baseball team, the movie follows their journey from being discovered by sports agent J.B. Bernstein (Jon Hamm) on the Indian reality competition show “Million Dollar Arm,” to baseball training in America, to try-outs and their eventual contracts with the Pittsburgh Pirates. The acting is fantastic, and the cinematography is lovely, but at the end of the day, you should watch this film because it’s a truly fascinating story. The bond between Rinku (Suraj Sharma), Dinesh (Madhur Mittal), and J.B. that develops is heartwarming, as is the side-plot romance between J.B. and Brenda (Lake Bell), who are married in real life. Not to mention, Alan Arkin is in this movie and that’s always a reason to watch something.

RP: Coincidentally, this is also the title of former Halftime Sports Editor Arshan Goudarzi’s autobiography. Have you seen the size of those biceps?

AH: Just as Die Hard (1988) is a Christmas movie (yes, it is), the first Twilight film is in fact a baseball movie, and we would be simply foolish to not include it in our list. It has been argued that cinema peaked when the iconic baseball scene, featuring “Supermassive Black Hole” by Muse, was shown to audiences, their mouths agape in awe and wonder as vampires hit the ball with the stick and the sky went boom. Twilight has everything: vampires, baseball, and vampires playing baseball. Their uniforms? Classic, flawless. Their actual baseball skills? Incredible, sign them for a Mookie Betts-sized contract now. Baseball was made to be watched with a heavy blue tint.

It also features the line “my monkey man” which just needs to be noted.

RP: This one was for you, Abby. 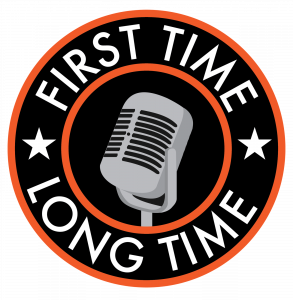