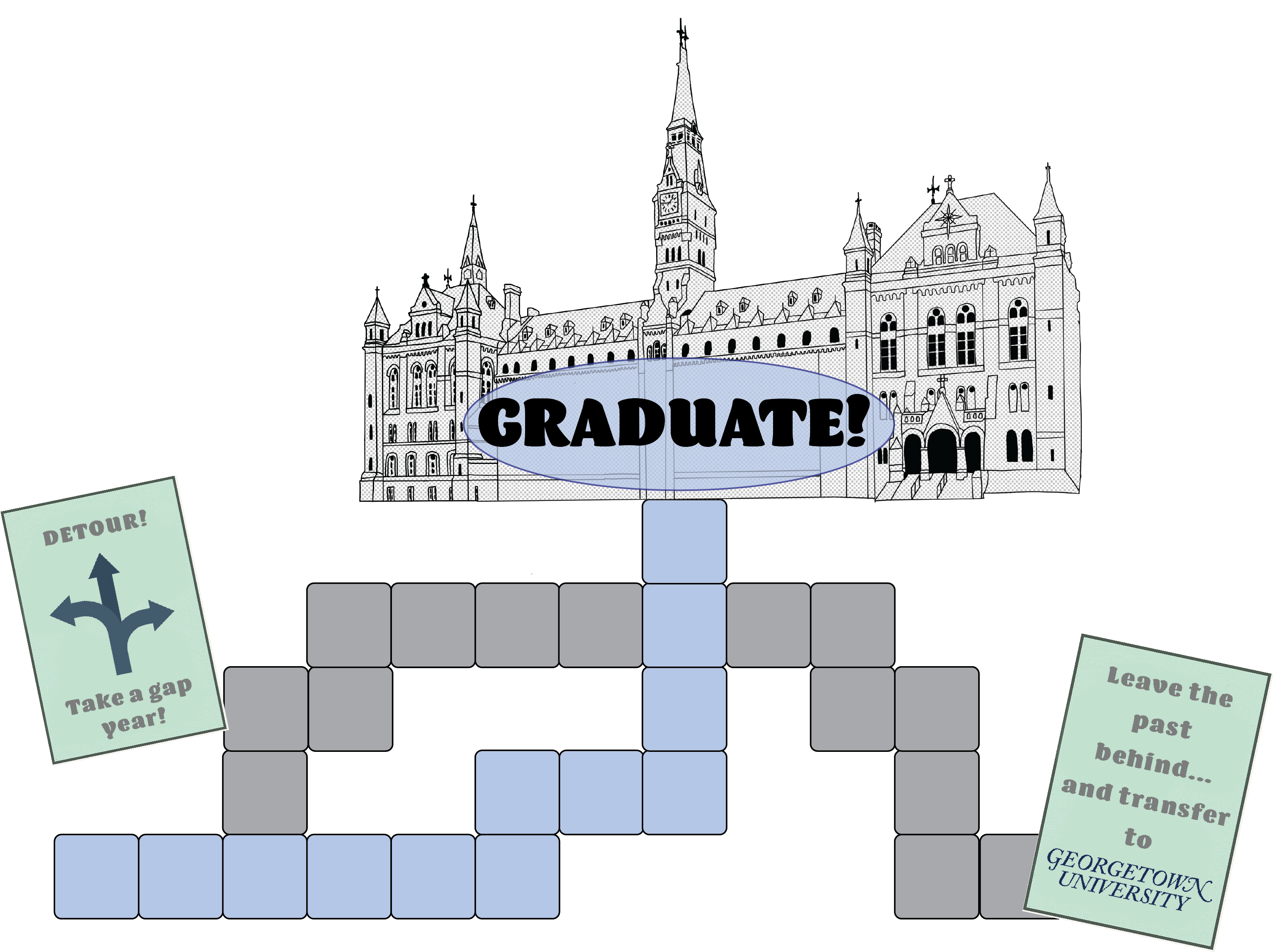 On the first day of the fall 2020 semester, I found myself staring at an empty Google Calendar.

This blankness was a stark contrast from the visuals I had come to associate with August after two years of college: color-coordinated calendar events, syllabi scattered across university-issued desks, and crowded dining halls, classrooms, and libraries. There was a certain familiarity and nostalgia that always enveloped the beginning of a new school year—one I would not be experiencing for the first time in my life.

Instead, come August 2020, I was welcoming a year-long leave of absence, a drastic change that I had decided upon after months of deliberation.

Naturally, the pandemic was the initial catalyst for taking a leave. The spring 2020 semester left me feeling exhausted; between all of the changes brought upon by the pandemic itself and the lack of support I felt from the university, I was left in a state of depletion that lasted throughout the entire summer. I wasn’t sure I could endure what would likely be an entire year of virtual school.

So, for the first time in my life, I decided to prioritize my wellbeing and take a break from being a student.

It was an odd sensation, parting from the structure that had dictated most of my life. It wasn’t something that I thought I would experience for at least another few years, but after months of uncertainty and fatigue, there was a certain relief in accepting a time without any obligations.

My initial worries of boredom were quelled once I realized that I could now make time for the passion projects that were overshadowed by overloading credits and working multiple jobs: completing long reading lists, bullet journaling, watching movies and TV shows, and becoming enamored with their fictional worlds. Perhaps most importantly, though, I was able to focus on taking care of myself amid ongoing collective trauma.

Since the beginning of the pandemic, everyone has been encouraged to take care of themselves, both mentally and physically. But by the beginning of my gap year, genuine well-wishes of health and safety had dwindled into mere platitudes; somehow, we had managed to normalize the presence of a virus that killed hundreds of thousands of people, and it was no longer an excuse for failing to meet expectations of productivity.

Even from afar, it was clear that Georgetown’s stress culture remained fully intact. Many students applauded me for taking a year off, saying it was certainly the right choice and that they were jealous, while still choosing to remain enrolled in heavy credit loads and stressing over far-off internships and other pre-professional opportunities.

Hearing my peers complain about their academic and professional futures amplified a sense of confusion I’ve always felt as a first-gen student. Even before the pandemic, I never understood students’ unwavering commitment to productivity, especially when it cost them their health. I’ve always wondered how students were able to prioritize classes and homework, and this was especially true during virtual learning, when students were still pushing themselves despite experiencing the collective trauma of the pandemic. Didn’t they know they were allowed to take a break? Or was I the one in the wrong, foolish enough to believe that not even a global health crisis warranted time off?

Attending Georgetown provides me more cultural capital than I ever thought I would have—professional mentorship opportunities, access to renowned programs, and eventually, a degree—so I’ve never felt pressured to go above and beyond the way other students did. Watching students obsess over job applications and hundred-page readings in the middle of an ongoing global health crisis made me feel sick in a way I didn’t know was possible.

Because while many Georgetown students comfortably zoomed into class from their spacious homes, my former school district struggled to supply students with necessary technology for virtual learning. Friends and family members spent months trying to find jobs or continued working through dangerous health conditions to pay the bills. So many people became burned out after working during a public health crisis without adequate resources, yet had no choice but to continue pushing forward. For many Georgetown students, however, it seemed that the pandemic was a mere inconvenience, rather than the crisis that it was for so many others.

As exhausting and frustrating as this disconnect was, it was grounding to be back in an environment where academia and professionalism weren’t the primary concerns. It reminded me of the love that I have for the community I grew up in, where we do our best to support each other during times of crisis. Spending this past year back among my community has allowed me to reconnect with and understand the person I want to be, which is why I can’t help but feel nervous about returning to campus this fall.

Because the truth is, despite the excitement I feel about returning to my friends and the campus I had finally become accustomed to, I have a lot of anxiety surrounding how Georgetown will handle the “new normal.”

The pre-pandemic normal encouraged students to work through burnout and prioritize arbitrary academic and professional pressures over our wellbeing. While it seems that many students are still enamored by this lifestyle, I’m not sure that I can handle a desperate cling to the old normal when it was harmful in the first place.

I’m not prepared to go back to a campus that always encouraged me to sacrifice my health for the sake of productivity, especially now, during a lingering pandemic. I’m not ready to return to a place that constantly pressures me to assimilate to its definition of success and worth, especially after I’ve spent the past year figuring out how I define those terms. I don’t want to go back to school and lose all of the grace the past year has afforded me. I don’t want to go back to the same Georgetown I left, because I know that I can’t.

As we return to campus and grapple with our new expectations for college life, we must do so in a way that accounts for all of the harm we previously normalized. We all deserve to prioritize our wellbeing, and we must start doing so now.