One goal: Hoyas looking for a return to the biggest stage 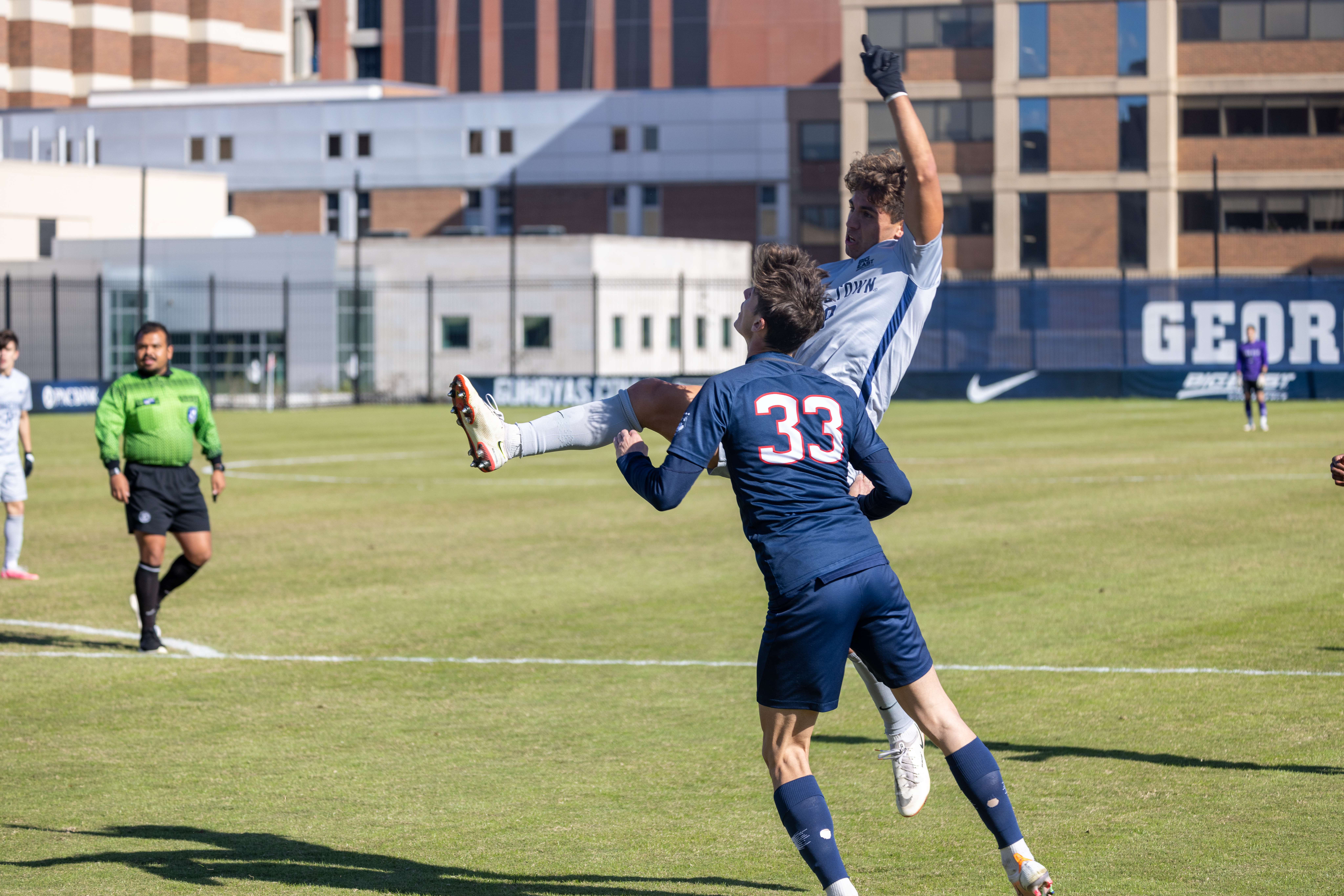 The bar has been raised. Winning a third Big East regular season title in a row is well and good, and a successful conference tournament run would be exciting, but the Georgetown men’s soccer team has their eye on a bigger prize. Two years after adding their first star to the team crest, the Hoyas are looking to return to the College Cup and win the program’s second title.

Georgetown’s postseason journey starts on Nov. 11 at Shaw Field, where the Hoyas will attempt to take back the Big East Tournament trophy, a season after Seton Hall stunningly ripped it away.  As graduate goalkeeper Ethan Koehler noted before the season began, nearly all of the players who suffered the crushing defeat to the Pirates and the NCAA quarterfinal loss to Marshall are still on this roster, hungry for revenge.

Head coach Brian Wiese and his staff, recently named Big East Coaching Staff of the year, have built a team that should put fear into any opponent. Despite two less-than-dominant performances to end the season against Marquette and UConn, the Hoyas are widely considered one of the top contenders in the country after anchoring the top of the national rankings for most of the season.

As one of deepest teams in the nation, Georgetown is uniquely positioned to make a run over the next month. 16 Hoyas have contributed either a goal or assist this season, and the team has weapons all over the pitch. This group is led by junior forward Stefan Stojanovic, who leads the team in goals with 7 on his way to a team-leading 15 points. Stojanovic transferred before the season from St. Louis University, where he had only scored one goal in his two seasons. He is now one of the deadliest finishers in the Big East, earning an All-League Second Team nod.

Stojanovic will be supported up top by senior forwards Joe Da Luz and Zach Riviere (member of the All-League Third Team), as well as sophomores Marlon Tabora, John Franks, Chris Hegardt (also a Third Team member) and Kyle Linhares. Surprisingly that group has only combined for one goal in the past 7 games (a Riviere strike versus Seton Hall), and Linhares and Hegardt have combined for 0 goals on the year. Several of these players will need to step up for the Hoyas to go on a successful playoff run.

The true strength of Georgetown lies in their midfield. Senior Sean Zawadzki and junior Dante Polvara are considered to be the best duo in the country, coming in at first and second in TopDrawerSoccer’s mid-season player rankings. Polvara took home his second consecutive Big East Midfielder of the Year Award and Zawadzki was Big East Defender of the Year. Both were named to the Big East First Team as well.

Between the two of them, Polvara and Zawadzki have combined for 126 games of experience, including big minutes during the 2019 championship run. It is impossible to understate the quality of Zawadzki and Polvara’s play at the moment, as both are playing at the top of their games – the duo will be difficult for any team to stop, especially if Polvara’s high volume of shots eventually start going into the net (26 of Polvara’s 59 shots on the season have been on target, but he has only 4 goals, with two of those being penalty kicks).

Along with forward depth and midfield dominance, the Hoyas’ success this season has been predicated on a dominant defense. Since junior Aidan Rocha and sophomore Kenny Nielsen returned from early season injuries, the backline of Rocha and Nielsen together with juniors Daniel Wu and Will Sands have brought experience and talent to the pitch.

These four, as well as Zawadzki, held opponents this season to just 118 shots and a .102 shot percentage. On the season, the Hoyas outshot their foes by nearly 10 shots per game. The Hoyas were 11th in the nation in goals allowed average, at 0.74 per game, a number that would have been even lower without their 3-0 defeat to Providence.

The defenders have also provided a spark on the offensive end, led by Sands’ 3 goals and 3 assists, numbers that helped propel him to the Big East First Team. Georgetown defenders as a unit scored 9 goals and had 4 assists, many of those coming on the counterattack, a useful skill to have during the postseason when spacing becomes more restricted in the middle of the pitch.

The biggest question mark for the Hoyas may actually be in goal. Senior Giannis Nikopolidis was named to the All-Big East Third Team and was generally solid, but registered the worst goals against average and save percentage numbers of his career. Part of this has to do with the ridiculous success the Greek national had early in his career, but it is troubling that the two-time Big East Goalkeeper of the Year and All-American has been at his leakiest when the rest of the team has been at its strongest.

This hasn’t mattered much so far. Nikopolidis’s only loss this season came in the Providence game where no one looked on their game. Georgetown’s  other loss came in a game started by freshman keeper Luca Ulrich, a valuable part of Georgetown’s future but not someone they will rely on during the postseason. If Nikopolidis can find his top form, the Hoyas will be incredibly difficult to beat, no matter who their opponent is.

The journey to the College Cup begins against Villanova, who took down Creighton in the Big East quarterfinal for the right to play Georgetown. In their only meeting this season, the Hoyas beat the Wildcats 3-1 , with goals from Nielsen, Riviere, and Stojanovic. Villanova actually had a lead in that game, a trend Wiese will not want to see continue in the postseason.

The game will be at 11 am at Shaw Field and will be shown on the Big East Digital Network. Follow @GUVoiceSports on Twitter for more updates and coverage of all fall sports at Georgetown. 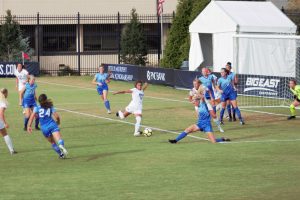 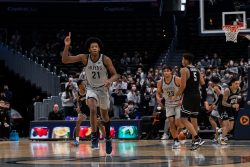 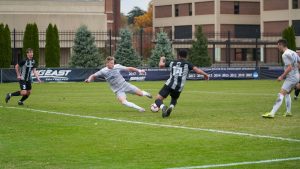