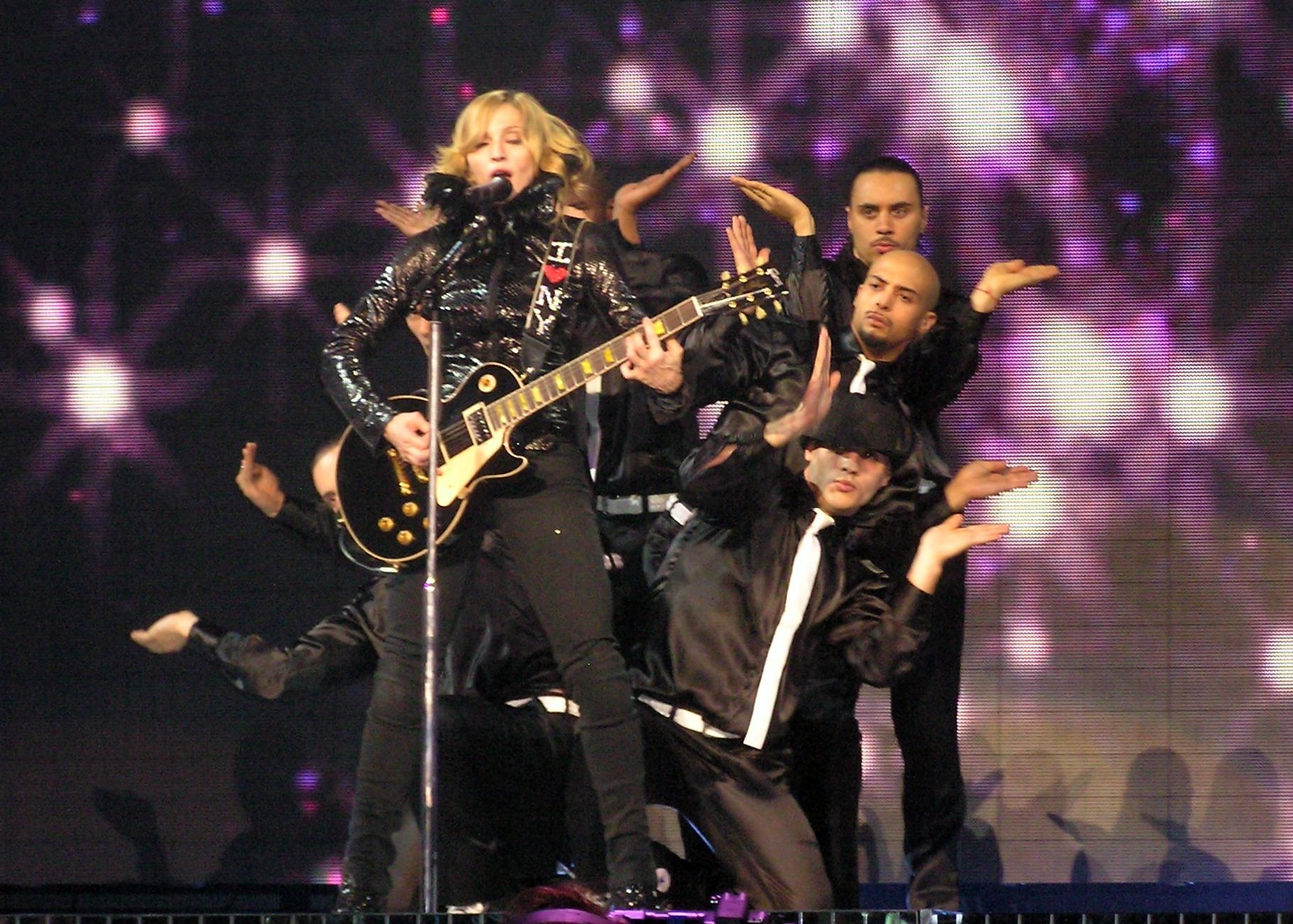 On February 22, 1998, singer-songwriter Madonna released Ray of Light, her seventh studio album. An introspective, psychedelic, and electronica-influenced album which reflected Madonna’s study of Hindu scripture and conversion to Kabbalah, Ray of Light was a breath of fresh air during a time when boy bands like Backstreet Boys and NSYNC were releasing coquettish love songs and teen artists Christina Aguilera and Mandy Moore were amassing large followings among younger audiences. In the midst of the increasing wave of teen pop overrunning music charts, the then 39-year-old was able to create a timeless record that reflects on themes of motherhood, pregnancy, existentialism, spiritualism, and love.

Within her own discography, Ray of Light stands in stark contrast against the dance-pop songs which made Madonna a star during the 80s and 90s. Following the controversy of her early 90s albums Erotica and Bedtime Stories, both of which centered on sexually explicit themes, mainstream media obsessively propagated the idea of Madonna being “over.” After taking a break from music and becoming pregnant with her first child in 1996, Madonna started to have many elemental questions surrounding human existence. “I felt like I had so much to learn,” she said in a promotional “Words + Music” interview. “I started studying the Kabbalah and I started practicing Ashtanga yoga and reading all kinds of literature and spiritual texts. It all kind of happened at once, and I think it happened to me for a reason. The teachers arrived because the student was ready to listen.” By immersing herself in various spiritual world visions, she sought to create a record which reflected on her newfound understanding of the world. As she explained in a Billboard interview, “I feel like I’ve been enlightened, and that it’s my responsibility to share what I’ve learned so far with the world.”

After failed collaborations with producers of her previous albums, Madonna chose to depart from her trademark dance-pop sound and collaborate with legendary EDM producer William Orbit. “I love a lot of techno music,” she said in “Words + Music” when describing Orbit’s signature electronica sound. “But you never think of it as being very emotional. So what I wanted to do was make it intimate, make it emotional.” The product was an introspective electronica record widely acclaimed by critics and audiences alike, a record that reflects her new spirituality and understanding of the world. The opening track, “Drowned World / Substitute of Love,” is an emotional ballad in which Madonna repeatedly revisits a mantra coined by John Lennon (from The Beatles’ “Help!” in which Lennon confesses his despair surrounding adulthood): “Now I find I’ve changed my mind.” With a contemplative ambience created by sitars, wind chimes, and sixties string samples, Madonna utilizes breathy vocals to speak of her rage and wanting to find a “substitute for love” in the face of emptiness, a by-product of fame and failed personal relationships. When the melodic rock guitar kicks in at the three-minute mark, it feels like a moment of transcendence, reflecting Madonna’s own desire to let go of her past and move on. She ends the track with the line, “this is my religion,” setting the tone for the rest of the record which explores her new “religion”: the mosaic of spiritual perspectives she has compiled from her study of Hinduism, Buddhism, and the Kabbalah.

What makes Ray of Light stand apart from other pop albums is the equally commendable intricacies of its musical production and introspective lyricism. This is especially evident in the album’s lead single, “Frozen,” a track that expertly merges two distinct sounds: a sweeping orchestra combined with electronic bleeps and EDM beats. These distinct elements create a cinematic and haunting sound which provides the perfect backdrop as Madonna urges an emotionally-distant lover to be vulnerable. “You only see what your eyes want to see / how can life be what you want it to be,” she soulfully sings as she encourages her lover to “let all the hurt inside of you die.” Surprisingly, the track’s chorus primarily consists of humming, a questionable move from a songwriting perspective. However, “Frozen” benefits greatly from this unconventional choice, as Madonna’s humming effectively captures the melancholic essence of the song’s subject, giving the track a psychedelic quality that remains with the listener as the track fades out.

A standout non-single from this album is “Swim,” a song which Madonna wrote in response to experiencing a loss of faith in humanity. The track begins with the sound of crashing ocean waves, interrupted by a muted electric guitar that is keenly reminiscent of a ray of light. As the song builds, a water-like sound serves as an evocative background for Madonna to reflect on the shocking assassination of her close friend and fashion designer, Gianni Versace, in the summer of 1997. She laments, “I can’t carry these sins on my back / don’t want to carry any more / I’m gonna carry this train off the track / I’m gonna swim to the ocean floor,” introducing the motif of water. Madonna discusses this motif in “Words + Music,” stating that “Working on the record was a cathartic experience and a healing experience. Giving birth to my daughter was a healing experience, and water is a healing element, so it makes complete sense that it pops up throughout the record.”

As “Swim” fades out, it invokes a loss of hope that is then satisfyingly resolved by the hopeful opening chords of the album’s title track, “Ray of Light.” As the guitar builds and radically converges into an electronic, club-pop sound, Madonna wonders if her “tears of mourning / sink beneath the sun.” The sun, in this context, is Madonna’s recent venture into eastern religion and philosophy. The song quickly hooks listeners with the line, “And I feel / like I just got home.” Here, Madonna reflects on how her exploration of spirituality has resulted in a newfound understanding of the world. Such themes are juxtaposed with the distinctly electronic 90s club-pop sound of this track’s musical production, elevating this track from a pop song to a universal anthem that is best experienced when blasted at full volume.

Ray of Light is laudable in its own right: it received four Grammy awards out of six nominations, including Best Pop Album and a nomination for Album of the Year. It redefined pop music by bringing electronica, a genre that had predominantly been a part of the underground rave scene, into the American mainstream and global pop culture. In particular, this album paved the way for the “post-motherhood” album concept, a topic historically rendered taboo. Just a few months after the release of Ray of Light, Lauryn Hill released her groundbreaking neo-soul album The Miseducation of Lauryn Hill, which also focused on themes of womanhood and motherhood. Almost twenty years later, Adele cited Ray of Light as a huge influence and motivation for her to record her universally acclaimed record, 25, which Adele also wrote after giving birth to her son. Citing Ray of Light as the chief inspiration for 25 in an interview with Rolling Stone, Adele said, “That’s the record Madonna wrote after having her first child, and for me, it’s her best. I was so all over the place after having a child…I was just drifting away, and I couldn’t find that many examples for myself where I was like, ‘Fuck, they truly came back to themselves,’ until someone was like, ‘Well, obviously, Ray of Light.’” More recently, Halsey released If I Can’t Have Love, I Want Power in the summer of 2021, an album reminiscent of Ray of Light’s techno sound and themes of pregnancy and human mortality.

Ray of Light also rekindled Madonna’s own career, allowing her to reinvent herself in a more mature light in the midst of the teen-pop that dominated the late 90s. Up to that point in her career, Madonna had been viewed as an average pop star who became famous out of luck. But with Ray of Light, she was able to tap into a new, perhaps more mature audience and prove her worth as a gifted producer and songwriter. Speaking of the central themes of the album in “Words + Music,” Madonna has stated, “Every one of us was born into this life…for a purpose. Everyone has a destiny, and everyone is the master of that destiny. Life is something that you make happen for yourself and for the world around you.” By exploring such themes through revealing songwriting and intricately-crafted musical production, Ray of Light transcends its critical and commercial success and achieves an iconic status, allowing Madonna to reclaim her own destiny as an artist with something to say.

Ray of Light is available now on most streaming platforms, including Spotify and Amazon Music. 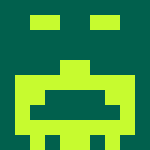