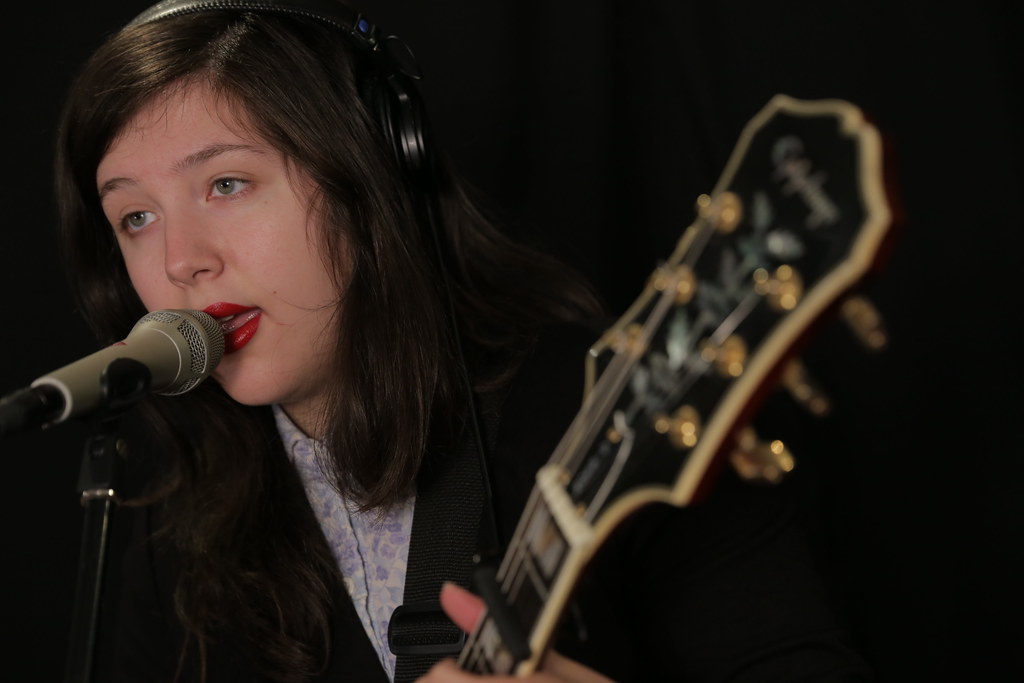 Lucy Dacus has done it again on her new single “Kissing Lessons.” By “it” I mean that she has, in her signature style, taken a seemingly mundane moment of the past and magnified it under the microscope of her introspective lyrics to unlock a deep well of emotion in the hearts of listeners. The twenty-six-year-old American singer is no stranger to covering the delicate topic of revisiting bittersweet childhood memories (as evidenced by her entire Home Video album from last year) and she does not disappoint with “Kissing Lessons.” The song is an exquisite specimen of her trademark mournfulness, this time in a more peppy and exciting package.

Although the song was only promoted beginning in January 2022, it has been floating around ever since 2017 and was actually rejected from Dacus’ Home Video album lineup because Dacus deemed it “too fun” to fit with the album’s overall theme. Maybe the timing wasn’t right earlier, but there’s no better time than the present for “Kissing Lessons” to make its debut. “Kissing Lessons” is simultaneously fun and fresh and tinged in melancholy and yearning, making it a unique tune in anticipation of the oncoming Hallmark-ified Valentine’s Day festivities lurking around the corner.

The song is brief, but it says all that needs to be said in its short one minute and fifty-four second existence. “Kissing Lessons” describes the relationship between two adolescent girls and the blurry line between friendship and something more. Dacus recalls how she and an older girl named Rachel would practice kissing, roleplaying in anticipation of their future boyfriends and husbands. The song is fun and silly at first glance, describing two girls fooling around and dreaming of “a three-story house” and “three sons and a beautiful daughter,” but it is clear that there exists something else unspoken beyond the girls’ fantasies of heteronormativity and nuclear families. “But I still wear a letter R charm on my bracelet / And wonder if she thinks of me as her first kiss,” Dacus sings at the end, closing the song with the same abruptness of slamming a diary shut. Was it a purely educational experience, or was there something more? More importantly, does it matter? Either way, the song leaves behind a heavy taste of wistfulness.

Throughout “Kissing Lessons,” Dacus’ voice glides nonchalantly over a hurried guitar ostinato, and she sings in a way that lacks rigid structure, as if she is casually musing over some long buried memory without a specific direction. The higher energy guitar and percussion contrast with her more relaxed vocals with a sense of urgency reminiscent of the relentless passage of time. Her voice is soft at the edges when describing these memories, giving the listener the feeling that the worst of the jagged outlines have been eroded away leaving only dull what if’s and I wonder’s.

The song is indeed fun, yet I can’t help but feel a sort of underlying sadness despite the upbeat guitar riffs. Dacus describes this second grade memory with fondness and the faintest tinge of heartache, indicating a wound that has long healed but left behind a permanent mark. Lucy Dacus unearths her ghosts and those of her listeners with “Kissing Lessons,” making the audience search within their hearts for their own Rachels and adolescent brushes with romance.

“Kissing Lessons.” What a beautiful tribute to the memories of the past and a mournful reminder of the things we may never know, trapped in the amber clutches of time.

Christine Ji
Christine is a junior in the MSB majoring in Finance and minoring in History. She harbors unhinged opinions on goldfish, Garfield, and The Strokes.