Good Night Oppy: a story of human love and innovation

Warning: I went through a box of tissues while watching this movie.

There’s something to be said for the way our desire to find out if we’re alone in the universe—about how our search for companionship in the deepest and darkest corners of space expresses humanity’s capacity for achingly beautiful love. Humans sent two golden disks into space more than four decades ago—full of images of joy, of a mother feeding her child, of whale noises and laughter, and greetings and kind words in 55 languages—with no idea if they’d ever be listened to or understood. But we keep sending things.

Good Night Oppy (2022) looks at the most human thing we’ve sent to Mars: twin rovers named Spirit and Opportunity. Their dogged perseverance over their journey in search of traces of water and life on Mars is somehow inspirational, despite their lack of humanity—one expected to last only 90 sols (martian days) but ended up lasting nearly 15 years. The rovers’ constant battle against the elements, rocky terrain, and coding problems to find the essential ingredients for human life is nothing short of remarkable.

As the scientists, engineers, and drivers who nurtured and worked on the rovers for more than a decade recount the ups and downs of the twins’ journey, Opportunity and Spirit begin to showcase the all-too-human drive to explore, survive, and learn.

The film includes interviews of the scientists and engineers who built the two robots, painting a picture of how the robots took on a life of their own during construction through archival footage, artistic recreations, and modern day shots. Hours and hours of hard work slowly transformed the pieces of metal and code into personalities of their own; Opportunity excels at the trial runs while Spirit is a little less cooperative.

It’s a heartwarming story and nigh impossible to avoid falling in love with the robots. The rovers embody humanity’s desire to create and to love in the face of adversity; the scientists nickname Opportunity as if it’s a ruly child. Opportunity and Spirit are both love, science, and engineering rolled into one, and they explore where no human has gone before.

“This rocket is carrying my hopes and dreams,” Ashitey Trebi-Ollennu, a robotics engineer at NASA, said of the rovers’ launches. “You feel your life’s work in the rocket.”

The interviews and narrations add a personal touch, guiding the viewer through the labor of love that is the rovers and unveiling individual stories that personalize the well-known scientific exploration.

As the rovers’ story unfolds, the care and brilliance of their creators, but also of humanity shines through. The robots wake up every morning on Mars to a song played more than 250 million miles away at NASA; the Beatles, Elton John, and David Bowie fill the room, signaling the start to a day of exploration on Mars and hard work on Earth. The narration from NASA employees about the rovers is akin to a parent talking about their children—the life of the rovers unfolds like a home video adapted for the big screen.

The rovers were sent up to Mars with a 90-sol guarantee, but as the deadline comes and goes, the scientists tentatively keep planning future explorations. The days turn into months and then years, and the two robots continue to search for signs of life and water on Mars well beyond their expected lifespans. Angela Bassett narrates the rover’s daily logs, adding a more personal note to the icy and isolated journey the two rovers are undergoing, almost akin to a journal. The logs continue, and the search for life with it.

But eventually, Spirit’s energy flags. Two damaged wheels and a dark and frigid winter stop Spirit’s communication home, and the loss is visceral. Grief is inherently intertwined with human life, if only because humans have the capacity to love so fiercely and deeply. The loss of Spirit is both personal and universal; millions of humans mourn the loss of a rover millions of miles away. Scientists recall the hundreds of letters and phone calls sent in during Spirit’s final days, begging to save the life of the rover.

Yet the film is not one of sadness, but rather one of human joy and innovation. It is a celebration of human life and creation, and at its core, that’s what Spirit was: the product of love and ingenuity and a feat of science and technology.

“Exploration and adventure can become a very large shared human experience,” Steve Squyres, the principle investigator for the missions, said of the attachment people around the world felt for the rovers.

But despite the loss of its twin, Opportunity keeps exploring. And as the rover treks on, Earth, too, is witness to several changes over time. The scientists and rover drivers at NASA become younger and more diverse, many of whom were inspired to start careers in science and technology by the launching of the rovers as children. Scientists recall watching the rovers take off and their ensuing budding interest in space exploration. Through pictures of space camp, homemade rockets, and interviews, the film captures the way Oppy touches people’s hearts and inspires generations of kids to develop interests in space and science.

Director Ryan White captures the hold Oppy has on people’s hearts, from the marathon hosted on Earth after Oppy traverses 26.2 miles to the one-on-one relationship the engineers and scientists develop with the rover. Despite the widespread knowledge about Opportunity’s journey, the film personalizes it, making the viewer fall just a little bit more in love with humans.

But love cannot help but be accompanied by grief. The film’s portrayal of the mourning and loss of the rovers is profound—each “death” is mourned the way a loved one would. Opportunity too eventually succumbs to the elements and technological faults, and, as a culmination of 15 years of exploration and discovery, it is as much a tragedy for the broader public as it is for the scientists who worked on the project. It’s not an end to anything, however. Opportunity was a launching pad for new missions to Mars like Pathfinder and the Mariner mission, and the inspiration for thousands of students interested in exploring the unknown.

Despite the eventual loss of both Oppy and Spirit to Mars’ unforgiving climate and technical problems, the story is not sad. It is a narrative of love and innovation and perseverance and the beautiful connection between a Mars rover and the humans who created it. It is the most human story there is. 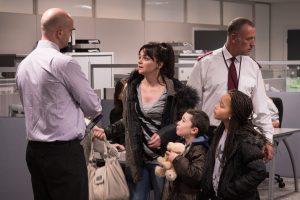 Rage and Empathy in I, Daniel Blake 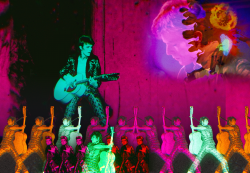