City on a Hill: Getting blunt with D.C.

In terms of D.C. Council politics, it’s still the dog days of summer. The 13 legislators don’t return to their duties until Sept. 17. But as it turns out, the off-time is perfect for the councilmembers to mull over the many serious and complex issues facing the city.

For the first time in over 75 years, it is possible for District residents to buy marijuana legally—that is, if you’re really sick. The Council passed a medical marijuana law back in 2010, but it took until late July of this summer to finalize all of the bureaucratic rules so the first dispensary could open. The medical law here is more restrictive than many of the 20 states with similar statutes on the books, and reports about the city’s sole dispensary—Capitol City Care—say their product is good, but overpriced. In any case, conventional knowledge is that a large number of medical card holders simply use the system as cover for what they buy on the street.

But with any luck, smokers won’t need any form of cover in the District soon. Three separate proposals to liberalize the city’s weed laws are coming to the forefront at once, and at the very least it appears that criminal penalties for pot possession will be off the books by the end of autumn.

Ten of the 13 D.C. councilmembers have already signed on to a decriminalization proposal drafted by mayoral hopeful Tommy Wells (D-Ward 6), and former mayor-for-life Marion Barry (D-Ward 8). The legislation would eliminate criminal penalties for pot possession, which can currently land violators in jail for up to 6 months and saddle them with as much as a $1000 fine. Instead, a caught stoner would be hit with a $100 civil penalty. While both Mayor Vincent Gray (D) and Council President Phil Mendelson (D) are skeptical of the proposal—probably for fear of federal backlash—it has enough expected votes to override a possible veto.

While that fact alone may be enough to make stoners from Tenleytown to Anacostia jump for joy, the decriminalization bill is actually the most modest of the options the council will consider this fall. Councilmember David Grosso (I-At Large) plans to take the cause a step further and introduce a bill to legalize, regulate, and tax the sale of recreational marijuana in the District. Problem is, the rest of the Council isn’t as eager to support legalization as it is decriminalization. Wells, for instance, says he opposes the measure.

“The motivation for decriminalization simply has been the issue of the War on Drugs and the disproportionate impact on African-American youths getting criminal records,” he told the Washington Times. “The impetus behind legalization would be, ‘This substance is OK and should be regulated.’ That’s fundamentally a different initiative.”

Wells is right about one thing. Legalization is different. Mostly because it’s better. There’s no reason other than cynical political triangulation to strip marijuana of its criminal distinction but keep a petty civil penalty. The legislators who oppose legalization don’t do so because they truly have a problem with the health effects—if they did they should focus on banning fast food and tobacco first. And they aren’t truly concerned with the job prospects of their smoking constituents or “pot cafes,” as some have mentioned. It’s a political calculation.

Lawmakers want to be for decriminalization because they know the tide of public opinion has turned sharply against the War on Drugs, especially in the District’s black communities. But they can’t go all the way to legalizing it, lest they be construed by a challenger as the candidate of the hippie-stoner culture. So they take the middle ground, refusing to acknowledge for the sake of political expediency that there are far more dangerous substances available over the counter at any pharmacy. The result will be thousands of useless civil cases against smokers, along with the headaches and court backlogs. All because of the silly cultural bias against weed.

Luckily, the District may get legalization even if Grosso’s bill is shot down. Marijuana activist Adam Eidinger, who owned a D.C. head shop raided by federal agents last year, is preparing a ballot referendum. If approved, it would do much the same as Grosso’s expected bill—restrict use to people over 21, allow adults to carry up to two ounces, and permit home cultivation. In a city like D.C. there’s real hope that if Grosso’s bill goes down, the people could step in and make his dream a reality.

But it shouldn’t have to wait until November. The D.C. Council should pass a full legalization bill as soon as it returns to session. Everyone knows the tragic consequences of marijuana prohibition in terms of race and economic opportunity, but to truly be forward-thinking on the issue the D.C. Council can’t send mixed messages to law enforcement or the public. And that means it shouldn’t go halfway on the pot issue. Legalization is the logical conclusion of any conversation about liberalizing marijuana laws, and the D.C. Council would be wrong to pass on this joint.

Light up with Gavin at gbade@georgetownvoice.com 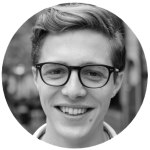 City on a Hill: Is the noise law anti-student?