Phony Ppl has made a name for itself in the New York music scene, and through a strong social media influence and a unique aesthetic, the band continues to widen its reach across the country. Phony Ppl’s music has the potential to attract fans across multiple genres, from R&B to hip hop to electronica to rock. Following the lead of stars like FKA twigs and Drake, Phony Ppl challenges listeners to deconstruct the idea of genre, making music without boundaries. This young group out of Brooklyn released their latest project, titled Yesterday’s Tomorrow, earlier this month.

The album’s songs blend seamlessly from one to the next, creating a continuous and optimal listening experience. This smooth transition is integral to Phony Ppl’s display of its diverse range of talent. The album moves from a deeper R&B vibe, moving into a quicker upbeat pop sound, which then transforms into catchy electronic beats. Complete with rich string melodies and vocals influenced by the likes of Frank Ocean and older R&B singers, the album starts off with a thoughtful intro in “Special One.” This introduction is brief, but sets the stage for a complex range of sounds, giving the audience a reason to listen on. The lyrics reflect a sense of importance and urgency—“Wake up and I greet the sun/ Feel like this is gonna be my special one”—with a focus on simple lyrics rather than complex rhymes.

Mid-album, the sound begins to slow again, and full instrumentals back up strong vocals. In “Someday,” Phony Ppl shows off its production expertise with a sound that evokes a grandiose church hall, with harmonized vocals and strings echoing off the walls. At times, the band displays a newer sound that makes the listener feel like they’ve traveled with Phony Ppl to another era. While these later songs borrow from the new waves of electronic music, they are not representative of more typical dance music; rather, they use similar tools and sounds to create songs that blur the line between classic and futuristic. This contrast of traditional R&B and hip hop with newer rock and electronic sounds is at the heart of Phony Ppl’s style.

The latter half of the album shows off yet another distinct sound, focusing on classic rock elements evidenced by the powerful guitar solo in “So Much Better.” The song “Statue of Liberty” features the crackly sounds of a vinyl, invoking a retro vibe. In the last song, “Somehow,” Phony Ppl strips down to guitar and vocals, showing off the raw songwriting talent that lies in the band’s simple melodies.

Yesterday’s Tomorrow takes the listener to so many different places—chill days with friends, empowering moments of finding one’s passion, slowed down introspection, and crooning romance—that it’s hard to pin down the appropriate setting for playing the album. It’s not just party music, or study music, or listen-while-cleaning-your-room music; Yesterday’s Tomorrow includes a sound for all of these times and more.

Phony Ppl’s striking reinvention of genre is played up in every part of its style, and even on the band’s Facebook page, where Phony Ppl places itself in the category of “ThisNewGenre.” Phony Ppl’s versatility as a band will allow the group to grow in popularity and develop a unique style. Yesterday’s Tomorrow sets the stage for an exciting future for this young band.

Voice’s Choices: “Why iii Love The Moon,” “Baby Meet My Lover,” “End of The niGht” 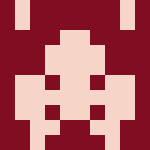 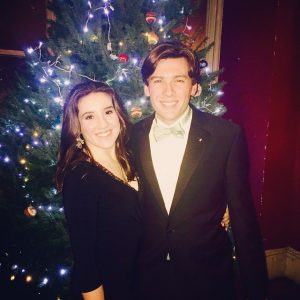 Love On The Hilltop: A Valentine Like No Other 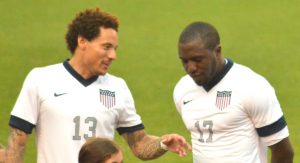