Critical Voices: Panic! at the Disco, Death of a Bachelor 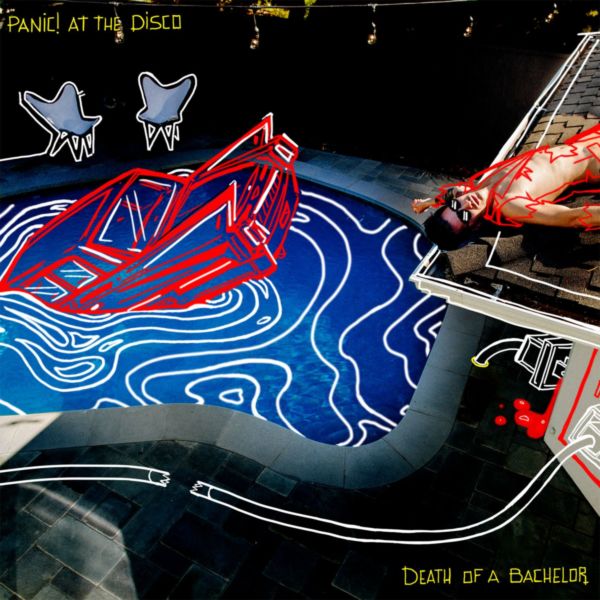 Since the band’s inception, Panic! At the Disco has been in flux. The departures of three of the originating members have left singer Brendon Urie as the sole original member of the group, and their sound hasn’t exactly been consistent from album to album. However, 12 years after its formation, Panic! still enjoys a loyal fanbase within the pop punk genre. Their new album, Death of a Bachelor, is clear indication of the direction that Urie would like to take band. Even though he keeps up the theatrics that Panic! is known for, the album’s Sinatra-inspired, big band-era sound is a product of Urie’s total creative control.

Right from the get-go, Death of a Bachelor sets a high energy tone and doesn’t let up until the end. Urie clearly thrives on a big chorus and a fast paced sound. The album kicks off with the flashy “Victorious” and “Don’t Threaten Me With A Good Time.” Both tracks test the higher end of Urie’s vocal range, and the punchy chorus and catchy hook of “Don’t Threaten Me With a Good Time” make it one of the best tracks on the album.

The brassy lead single “Hallelujah” and the titular song “Death of a Bachelor” both get the balance of Panic! and crooner-style singing and jazz just right. Both tracks make liberal use of the horns and highlight the tone and clarity of Urie’s voice. The soaring chorus in each is a staple for the both the band and the 1940’s-esque genre. While “Hallelujah” leans more towards pop, the mellower “Death of Bachelor” finds Urie sitting closer to“Come Fly With Me” than “I Write Sins Not Tragedies.” The sound works for him. The melodious verses lend a smooth sound that is generally missing from the other tracks on Bachelor.

Each of Panic! At the Disco’s five studio albums has become a time capsule for the state of the band at that time. The creative differences that emerged between former lead guitarist Ryan Ross and his bandmates is apparent in the stylistic changes between A Fever You Can’t Sweat Out, the critically acclaimed Pretty Odd., and their first post-Ross album, Vices and Virtues. Now, Death of a Bachelor almost feels like a Brendon Urie solo album, and it’s clear that after being in a group for so long he struggled to direct the voice of the album. The inconsistency is especially clear in the transition between the delightful “Death of a Bachelor” and “Crazy=Genius.” Both songs are alike in inspiration but very different in execution. Although the album is lacking in its consistency, the likes of “Don’t Threaten Me With a Good Time” and “Death of a Bachelor” make the album a fun listen nostalgic of old Panic! and the smooth sounds of the 1940’s.

More: Panic! at the Disco 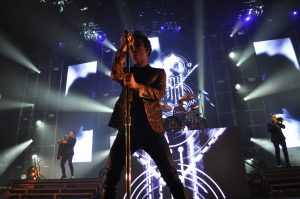