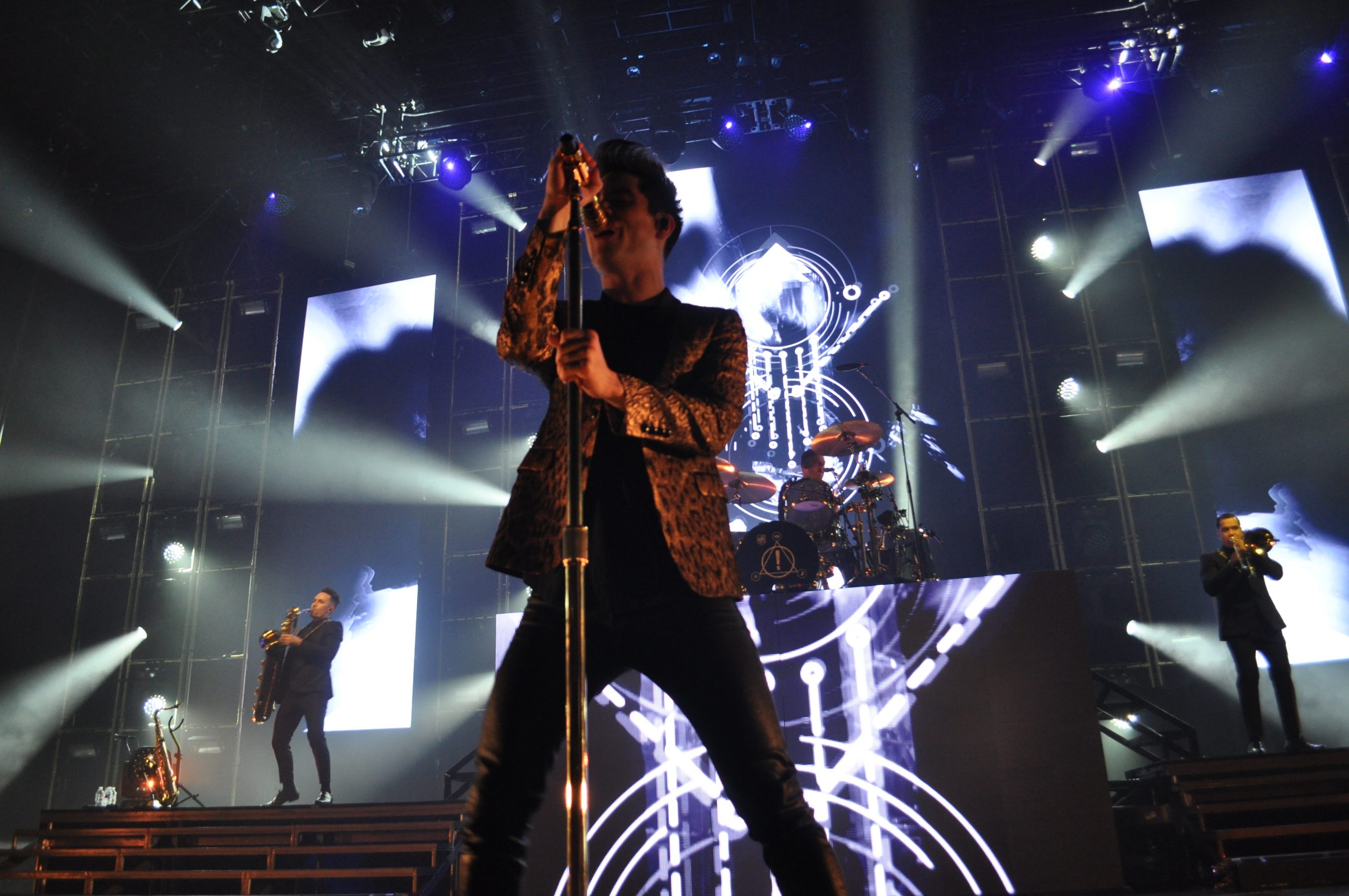 Panic! At the Disco played to a large crowd at the MGM National Harbor Stage on Friday, March 3 to promote their latest album, Death of a Bachelor. After openings from Misterwives and Saint Motel, a large countdown timer appeared on the screens, building tension as the minutes ticked away to Panic’s performance.

As the final seconds passed, the crowd counted down and the lights dimmed, preparing for an anthemic, energetic, and unforgettable show from a band well accustomed to the spotlight. Opening with “Don’t Threaten Me With A Good Time,” it was clear that the crowd needed no such threats, chanting the chorus with lead singer Brendon Urie as he took them through the song’s drug-addled and triumphant vicissitudes. Throughout the show, Urie proved to be the focal point of the band, leading it through the set, explaining song selections, and at times taking the stage alone to show his skill behind a piano. 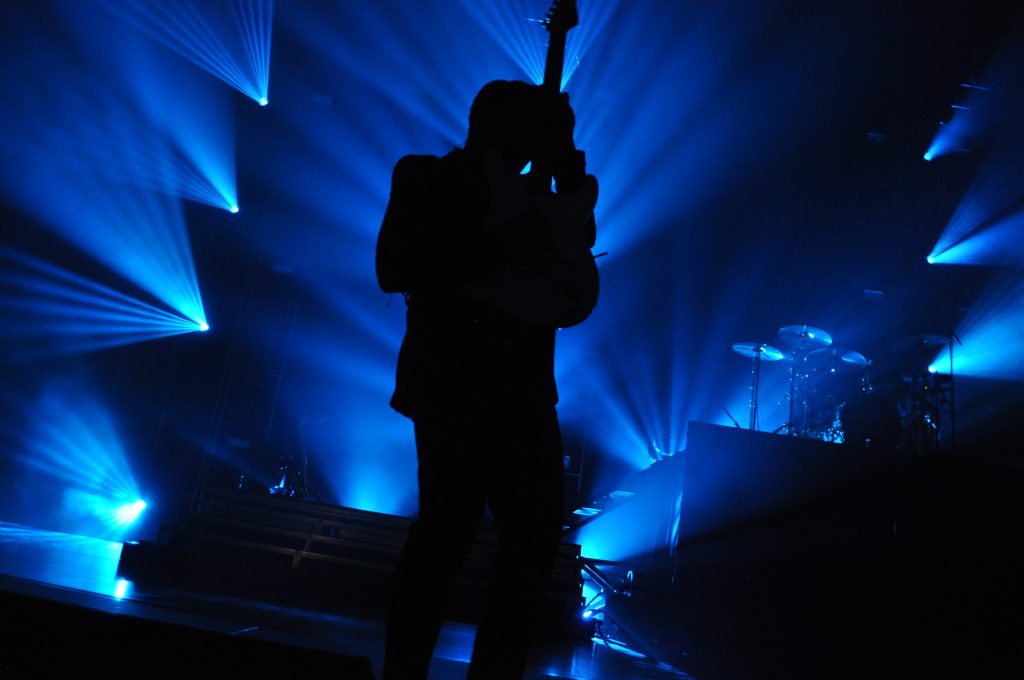 The crowd, though at times lacking in energy, seemed entirely under Urie’s spell, lighting the room with cameraphone flashlights, responding to his call and response, and playing along with the skit the band played during their costume change. Apparently, he was abducted backstage and had Pete Wentz-led rituals performed on him. Not one to be swayed by the occult, Urie quickly returned to the stage and continued his lively, charismatic performance. This energy was exemplified in the performance of “Crazy=Genius” off of Death of a Bachelor, and was an all-out bash, replete with pyrotechnics, solos, and nonsensical mathematical equations on the stage’s massive screens. On “Death of a Bachelor,” the band’s latest hit, Urie showed off his impressive vocal range, opening the song with Sinatra-esque crooning, then exploring the entirety of the song’s emotional range, with live support from a four-man strong brass section to great effect.

Perhaps the highlight of the show came in the second half, when Urie addressed the crowd, saying that the next song was about “loving people for who they are” and that if you could not do that, you were “probably an asshole.” This was followed with the anthem “Girls/Girls/Boys,” which featured transgender flags and was a soaring hit with the crowd; “it’s not a choice” he finished by saying. Afterwards, Urie said that he knew “this generation is gonna change everything–love is gonna trump all the hate.” Urie then took a seat at his piano, saying “this next song we’re gonna do is by one of my favorite gay humans,” and delivered a fantastic rendition of Queen’s “Bohemian Rhapsody.” 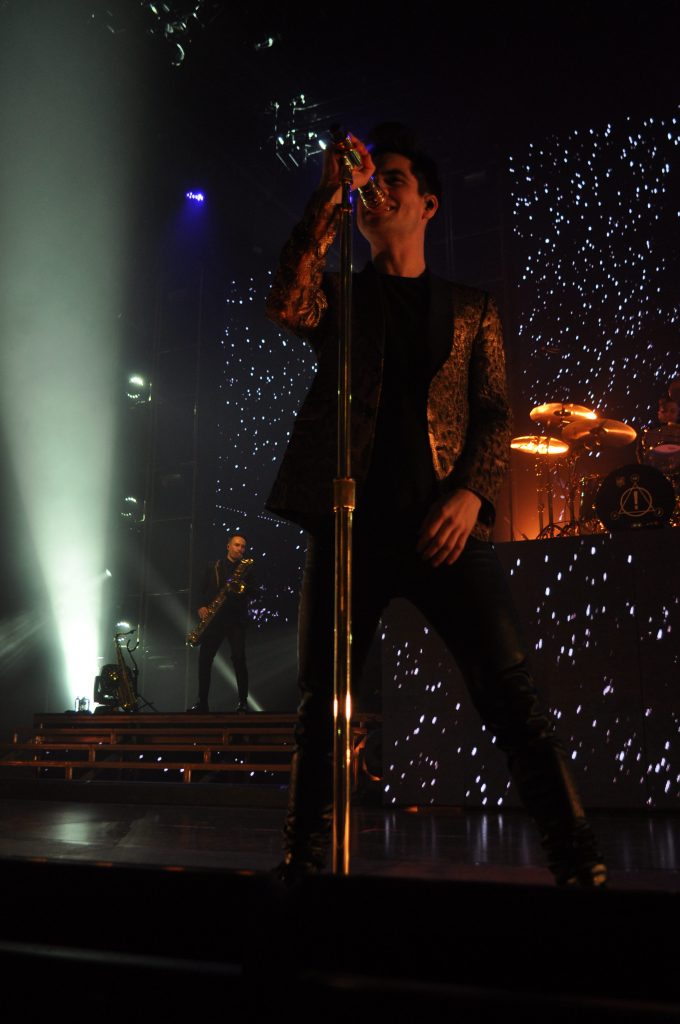 The show was a fair mix of tracks from Panic! At the Disco’s latest album and the older hits that made the band famous, and delivered exceptional energy and vigor, despite the band’s relatively long stint in the spotlight. Despite the theatrical and passionate performance, the show was tinged with the feeling that this sort of anthemic, arena-packing, pop-rock is no longer en vogue. Since the band’s first release in 2005, hip-hop has securely taken over the pop music scene, leaving little room for bands like The Killers or Panic! At the Disco. Despite this, Panic! delivered a stunning and memorable performance which is not to be missed.

More: Panic! at the Disco 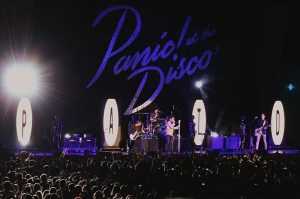 Concert Preview: Panic! At The Disco, Jan. 20, Capital One Arena