The Weird and the Whimsical: Glass Animals at Echostage, 9/25 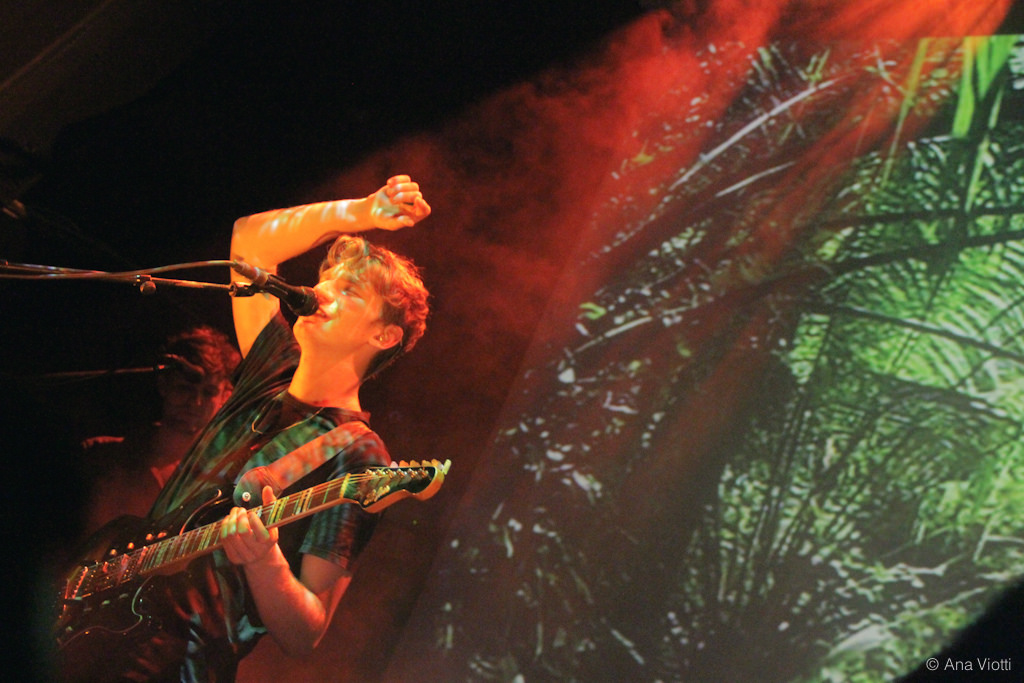 The British indie rock group Glass Animals performed at Echostage on September 25th. Featuring many tracks from their latest album How to Be a Human Being and a few favorites from their 2014 debut record ZABA, they kept the crowd dancing throughout the whole night with a performance that did their unique sound justice.

The set began with a recording of “[Premade Sandwiches],” a track that is as strange as its title might suggest, featuring a robotic voice rapping for 36 seconds about consumer culture. The song sets the tone for the rest of the night. The band is unapologetically quirky, willing to tackle deeper social issues while still maintaining a lighthearted vibe in songs like “Mama’s Gun,” which focuses on mental health issues. Following the opening song, the group emerges as mysterious silhouettes over dramatic lighting to play “Life Itself,” one of the bouncy headline tracks from How to Be a Human Being.

The group’s two records are extremely cohesive, flowing together in a set list that seamlessly pulls from both. Their performance featured fan favorites “Hazey” and “Black Mambo” from their ZABA and seven out of the 11 tracks from their recent album. The band’s catchy instrumentals are only amplified live – two stand outs include a particularly powerful extended version of “Gooey,” and the smooth guitar hook in “Poplar St.” The result is a live experience that’s pure fun.

Glass Animals exhibits an energy that never wavers. Dave Bayley, the lead vocalist, is the star of the show. He is clearly enjoying himself as he waves his arms around, dancing and jumping along to every song. The energy carries out into the crowd, who can’t resist swaying along with Bayley throughout the whole set. Glass Animals’ music is perfect for this vibe, as most of their songs are easily danceable. Musically, they incorporate indie beats over an eclectic group of electronic sounds, like the video game inspired noises at the start of “Season 2 Episode 3.” Their live performance incorporated both of these elements flawlessly,  perfectly capped with a sultry cover of Kanye West’s “Love Lockdown” with Bayley skipping into the audience, maneuvering through the crowd.

At only an hour and fifteen minutes, their show errs on the shorter side, but what it lacks in longevity it makes up for in energy. Unlike the natural pace of many concerts, Glass Animals doesn’t slow down, but they don’t have to, as their songs slide effortlessly into each other, maintaining a consistent sound while still keeping the audience interested due to their unique instrumental effects and rhythmic beats. 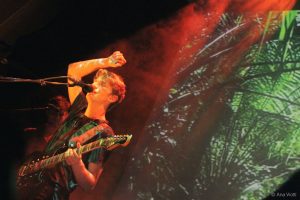